State officials can direct refugees to live in certain places, the European Court of Justice has ruled. Judges ruled in a case involving two Syrians in Germany who claimed they had the right to move freely within the EU. 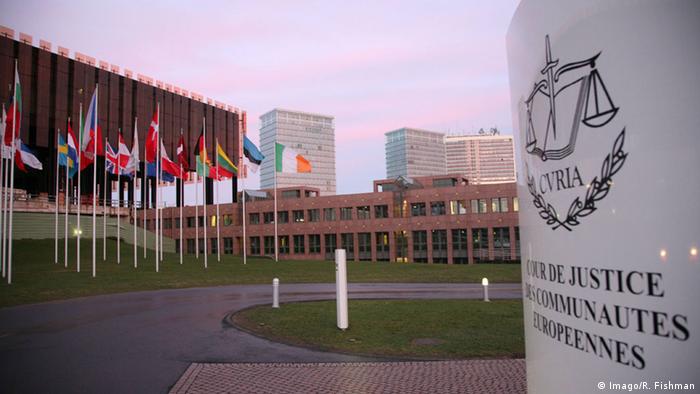 The two Syrian migrants - a man and his wife - filed a case at the European Court of Justice (ECJ) against the German regulation of allotting specific places of residence to refugees. They said the law violated the right of free movement within the European Union (EU).

The man came to Germany in 1998 and was followed by his wife in 2001. They were not recognized as asylum seekers, but were kept under "subsidiary protection" because going back to their country would be dangerous.

Such groups of people, also known as "tolerated refugees," have to live in a place specified by officials.

In Tuesday's decision at the ECJ in Luxembourg, judges said that officials could specify places of residences for migrants, particularly if these groups of persons were not integrated with the host country's society.

But they insisted that tolerated refugees should not be at a disadvantage compared to other non-EU foreigners and should have equal access to social benefits. Judges also said that the condition of residence was not justified if it were done simply to distribute costs equally among states. Officials would need a good reason to allocate residences, they said.

The German Federal Administrative Court will now have to decide whether the two Syrian refugees - a man and his wife - have mingled well enough in Germany compared with other non-EU nationals. If the court decides they need to integrate more, then they may be directed to live in a certain place.

The decision was eagerly awaited by Berlin, where politicians of the ruling coalition were considering expanding the condition of residence to recognized refugees. Until now, the regulation was limited to "tolerated" migrants and according to German law, the rule would help integrate migrants within German culture and prevent the formation of "social hotspots."

It's been reported that many refugees never move into their intended accommodation after registering in Germany. It comes as Berlin tightens up laws regarding asylum. (25.02.2016)