A set of new regulations pertaining to asylum in Germany has been passed by parliament. Several aspects of the package have been strongly criticized by opposition parties. 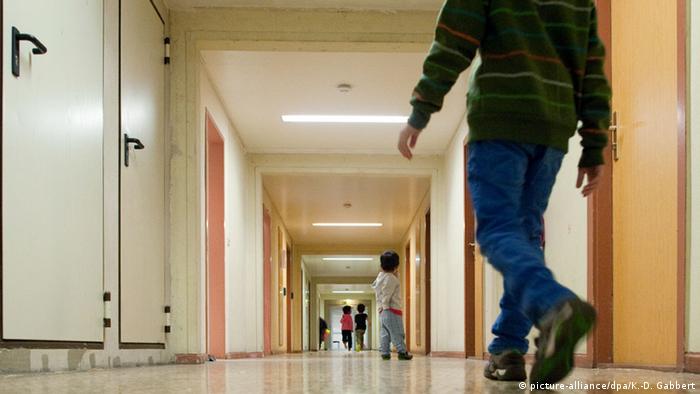 The German parliament on Thursday passed a package of new and tighter laws on asylum after months of sometimes heated debate.

The measures were passed by a vote of 429-147, with four members abstaining.

The legislation is intended to speed up asylum procedures, making it easier to deport migrants whose claim to asylum has not been recognized by the German state.

It also foresees the setting up of special reception centers across the country in which asylum applications by certain groups of asylum-seekers would be processed within three weeks. Those affected would be people from so-called "safe countries of origin" or asylum-seekers who have refused to help authorities process their applications.

Asylum-seekers who have only limited protection under German law because they are not considered to be "personally persecuted" will also now have to wait two years before they can have family members join them in Germany.

This will also affect minors wanting to be reunited with their parents.

The measure was among those that met with the most severe criticism from opposition parties during the debate on the package.

The package, which will go to the German upper house, or Bundesrat, on Friday for a final vote, aims to help Germany cope with a massive influx of refugees, mostly from the Middle East and Africa, who have come to the country in recent months.

In 2015, Germany took in 1.1 million asylum-seekers, and many more are expected to come over the next few years.

Coronavirus: Most Germans support stricter controls for New Year's, but not Christmas 1h ago

Vienna: Iraqi jailed for life over attacks on German ICE trains 1h ago