The German minister has claimed migration is at the heart of society's disillusionment with politics. Chancellor Angela Merkel, however, said she would have put it a bit differently and called migration a "challenge." 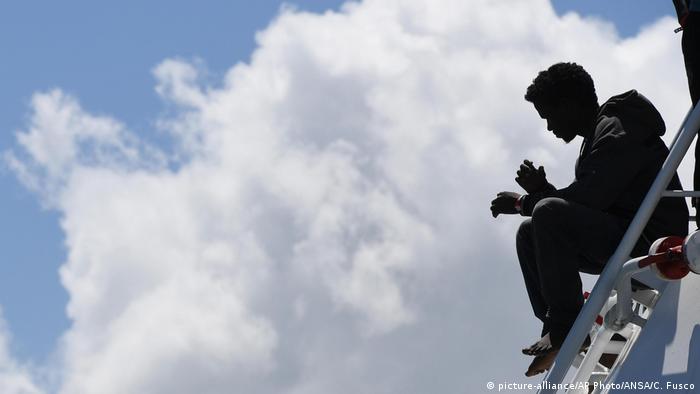 German Interior Minister Horst Seehofer, head of the CSU, the conservative sister party of Chancellor Angela Merkel's CDU, has said that migration was the "mother of all political problems" in Germany and one of the principal reasons for waning support for the established parties, German media report.

"Many people now associate their social problems with the issue of migration," he told the Rheinische Post, adding that if Germany didn't change its migration policy, major political parties would continue losing ground. He went on to link the "order of humanity" with balancing the political concerns of migrants and Germans.

Merkel: That's not how I'd put it

Merkel, however, said she would put it differently than her interior minister.

"I say that the question of migration poses challenges," she said in an interview with RTL television, adding that there are problems and success that come with the challenges of migration.

Merkel, who when addressing the more than 1 million refugees coming to Europe in 2015 said, "We can do this," has drawn intense criticism — including from within the conservative coalition she's a part of — over what has been called her open-door policy toward refugees.

Merkel added that protests in Chemnitz showed both people "filled with hate aimed at other people" and "how people stand up to xenophobia and racism."

"It is a tense situation in which, I believe, everyone needs to take a position," she added.

Seehofer, who sparked a major row within the governing coalition earlier this year with his uncompromising stance on migration, had been criticized for not condemning the far-right protests after the killing of a German man in Chemnitz. He was killed after a brawl allegedly involving two asylum-seekers believed to be from Syria and Iraq.

Not 'blind' to far-right extremism

Seehofer told Rheinische Post that people who do the Hitler salute — like some of the protesters — would be prosecuted and that the CSU party was not blind "in its right eye."

However, he said he could understand why people were upset about the killing and that taking to the streets does not make them Nazis, according to Die Welt newspaper.

He said if he was not a minister, he would have taken to the streets, too, but "obviously not with the radicals," he added.

Merkel, meanwhile, sharply condemned the radical protesters, saying that "we have seen pictures [from Chemnitz] that clearly showed hate and the persecution of innocent people."

Saxony's premier, Michael Kretschmer, however, insisted that there had been no "mobs, hounding or pogroms" in Chemnitz, leading some to accuse him of trivializing far-right extremism in the eastern state.