Foreign Minister Heiko Maas has told Germans to stand up and help defend democracy. He warned Germany's reputation is threatened by the specter of xenophobia and racism. 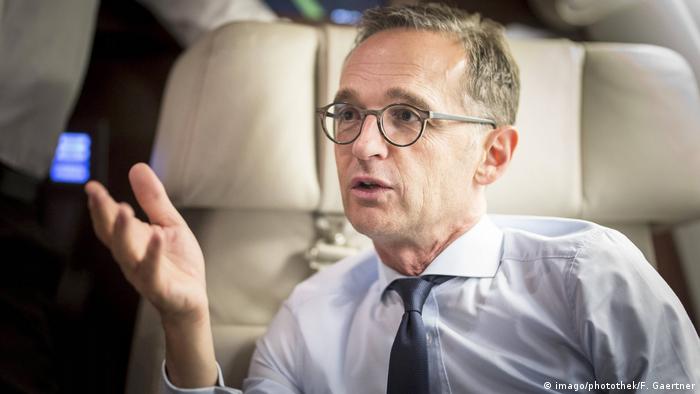 Germany's Foreign Minister Heiko Maas has called on citizens to do more to fight racism and defend democracy after far-right protests in Chemnitz.

"Unfortunately, a complacency has spread within our society that we have to overcome," he said in an interview with the newspaper Bild am Sonntag.

"We have to get up off the sofa and speak up. The years of being in this discursive coma vigil must come to an end."

Maas also admitted that his generation had been handed freedom, the rule of law and democracy. "We didn't have to fight for it, and we sometimes take it for granted," he said.

He called on the whole of society to save Germany's reputation.  "If the Hitler salute is made on our streets today once again, it is a disgrace to our country,"

"We must stand up to the right-wing extremists. We can't duck away. We must come out against neo-Nazis and anti-Semites," he said. "Only then will Germany's reputation not be permanently marred by xenophobic crimes."

According to Maas, his European colleagues had "very often" queried him about the right-wing extremist marches in Chemnitz. When it came to xenophobia, right-wing extremism and racism, he said, Germany was rightly subjected to particular scrutiny.

Meanwhile, Federal Justice Minister Katarina Barley (SPD) told Bild that the investigations in Chemnitz had to clarify to what extent right-wing extremist networks were behind the demonstrations and xenophobic riots.

"We do not tolerate right-wing radicals infiltrating our society." Barley intervened in the investigation this week after xenophobic riots and the Hitler salute were shown during demonstrations.

The riots in Chemnitz stemmed from the stabbing death of a 35-year-old German man by two immigrants.

Two competing demonstrations in Chemnitz were very much a clash of two Germanys. No police presence could obscure the fundamental conflict, indeed naked hatred, between these two sets of people. (01.09.2018)