Chemnitz fears for reputation after demonstrators duel | Germany | News and in-depth reporting from Berlin and beyond | DW | 28.08.2018

The eastern German city has been recovering after being the scene of a far-right demonstration and violence. A fatal stabbing, blamed on a Syrian, preceded the unrest. Residents have not welcomed the new media attention. 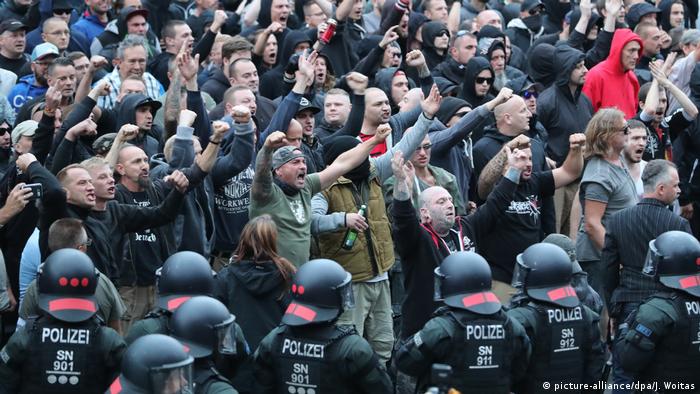 Residents of Chemnitz were back on their shopping rounds on Tuesday morning after a night of far-right demonstrations and far-left counterprotests that had to be kept apart by heavily armored riot police.

The latest official figures put the numbers at 6,000 far-right demonstrators, among them neo-Nazis who had traveled from across Germany, against just over 1,000 counterprotesters from various left-wing organizations, including some who wear the black hoods and face-covering scarves preferred by anti-fascist groups, or antifa.

Considering the tension on the streets during the day, Monday night passed relatively calmly. The police reported about 20 injuries caused by fireworks and rocks thrown by both groups. Meanwhile, the people of Chemnitz got out of the way to let the protesters get on with it — or else stood at a safe distance to watch.

It was noticeable that established political parties, even the far-right Alternative for Germany (AfD), kept their distance from the demonstrations, and although the counterprotest was organized by the head of the Chemnitz Left party, Tim Detzner, none of the party's flags were visible. 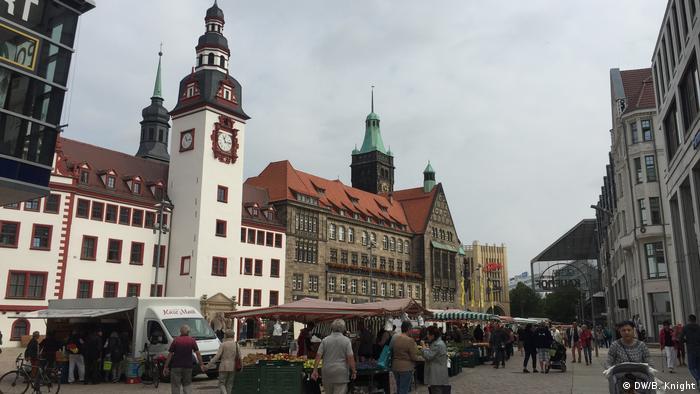 A degree of normality had returned to Chemnitz by Tuesday morning

Shoppers on the old market square at the city hall on Tuesday morning certainly didn't welcome the media attention that the protests had brought to Chemnitz. People were cagey about answering questions, and few were willing to give their names.

"The state really needs to do something about the rise of Nazism in Germany," one elderly man told DW. "That has nothing to do with democracy: That destroys democracy. The danger has been here a long time. It gets hidden, but here it showed its face and on a large scale, which I wouldn't have thought would happen here. Chemnitz was always very quiet."

"But this murder, which happened the other night, of course that played into their hands," he said.

In the early hours of Sunday morning, during the Chemnitz city festival, a 35-year-old German man died after being stabbed in a fight. Two men of Middle Eastern origin are reportedly the suspects. And this happened in a major city in Saxony, a state where, according to the latest opinion polls, one in four voters would support the AfD.

Read more: Far-right demonstrators face off with counterprotesters in wake of girl's murder in Kandel, Germany 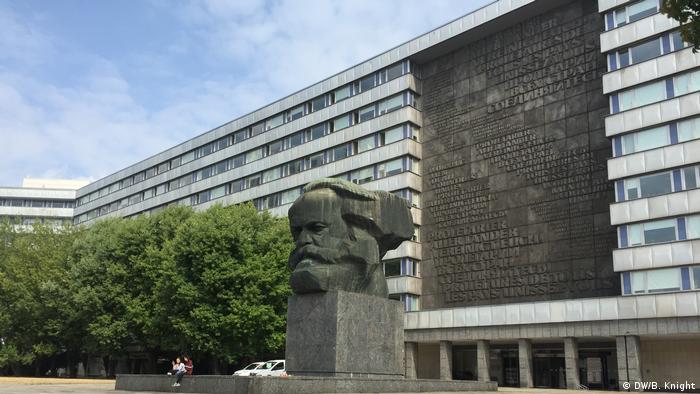 "The atmosphere is awful right now," said Brigitte, a shopper who would only give her first name. "Here at night it is bad," she added, pointing to the wide pedestrianized shopping street behind her. "All these dark-skinned people, I don't know where they're from. Some of them are fine people, but it always comes to some clashes or something." Nevertheless, she said she normally felt safe, and thought the sight of Nazis in the city center was "horrible."

One of those "dark-skinned people," a young Syrian named Jamel who had joined the counterprotest on Monday, said he was "thankful that not everyone thinks we're like that man," referring to the 23-year-old who has been arrested for the stabbing.

Jamel said he had come out "to see what those neo-Nazis have against us."

By Tuesday afternoon, as on Monday, a group of people had gathered at the spot on Brückenstrasse where the fatal fight had broken out. Here, standing by a growing monument of candles and flowers for the victim, one man said he could understand why people had come out to protest the government's refugee policy. "They should sort out the problems abroad, so the migrants stay there," the man, who would not give his name, told DW. "You can understand the demos when people are being stabbed to death."

"We just want our peace and quiet. And then people are surprised when the AfD gets stronger. The country is divided, but this," he said, pointing to the flowers laid in memorial, "this we can't accept." 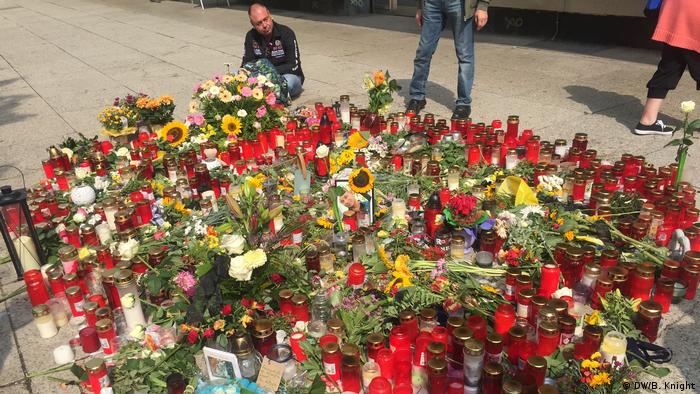 Another resident, Birgit Menzel, felt that the issue was just being used as an excuse, however. "There are really not that many," she said. "I have to be honest: I've only had good experiences with foreigners here. I've had two bad falls on the streets in Chemnitz, and who helped me? Foreigners. The Germans just walked past. And I have nothing against them when they come here — if they behave properly and learn the language after a year or two and follow our laws."