Two suspects are in custody for the stabbing death of Daniel H., a warrant has been issued for a third. Pressure is mounting on politicians to say where these men came from and why they were allowed to stay in Germany. 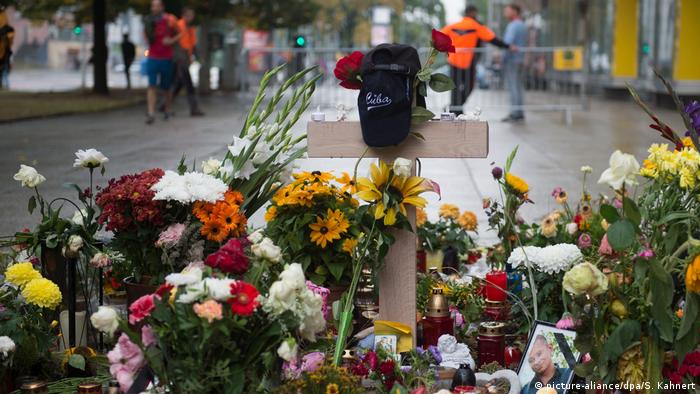 Police in the German state of Saxony announced on Tuesday that they were "urgently" seeking a third suspect in the murder of Daniel H. in the city of Chemnitz. The 35-year-old's stabbing death touched off a week of far-right protests and counter-demonstrations, some of which turned violent.

"The district court in Chemnitz issued a warrant this morning," said Saxony's top prosecutor Hans Strobl. The authorities issued a wanted poster for the suspect, named Farhad Ramazan Ahmad, and listed him as a 22-year-old Iraqi citizen who they warned was possibly armed and dangerous. His photo and full name were released (and are published here) owing to it being an active manhunt. 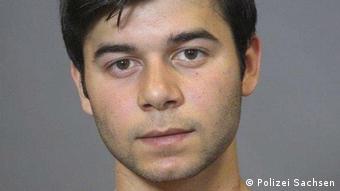 Two men have already been taken into custody over the killing, but their identities and backgrounds remain something of a mystery. The men were first identified as one Syrian and one Iraqi, but the authorities have now clarified that one of the suspect's Iraqi ID card and other documents were "total counterfeits."

The other man is registered as a Syrian refugee, but that status was granted based only on information he had provided authorities.

Germany's Interior Minister Horst Seehofer has been under pressure to provide answers as to how two violent men could be given protection as refugees, especially considering his own anti-migration stance.

Seehofer clarified that the Federal Bureau of Migration and Refugees (BAMF) had said that the investigation into the documents provided by the men "took too long," and that the agency lacked enough highly trained analysts to verify the documents. He said that he had called for BAMF to hire more staff six months ago.

Chancellor Angela Merkel also said on Tuesday that she will travel to Chemnitz after being invited by Mayor Barbara Ludwig. She did not confirm precisely when, but the visit is expected in October.

Editor's note: Deutsche Welle follows the German press code, which stresses the importance of protecting the privacy of suspected criminals or victims and obliges us to refrain from revealing full names in such cases. In this instance, however, a suspect's full name has been used due to an active manhunt.

A concert to protest neo-Nazi violence has drawn a massive crowd in Chemnitz. But as impressive as it was, it still doesn't negate the fact that thousands of people fear their country is being overwhelmed by migrants. (03.09.2018)

'We are more' concert to send signal against racism: Linda Vierecke from Chemnitz