There's no doubting the fact that climate change and sport are intrinsically linked, with sportsmen and -women seeing the impacts firsthand, whether on the ice, in the ocean or simply by observing the plastic waste left behind after a match. These are just a few of the athletes stepping up and spreading awareness of the impacts of climate change and pollution. 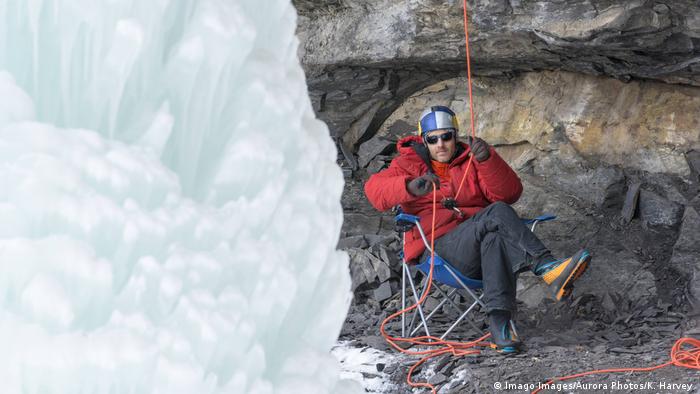 Will Gadd isn't just a world-class athlete and adventurer: He's using his profile to draw attention to the threat of climate change and is even helping climate scientists collect valuable data from some of the world's most difficult-to-reach places. The Canadian was named a UN Environment Mountain Hero for helping scientists better understand how the Arctic ice is changing.

Gadd set out to explore beneath the Greenland ice cap by undertaking a dangerous climb down moulins — vertical ice shafts which carry surface water towards the bedrock of glaciers. Although the Greenland ice sheet is the second biggest in the world, it is also the most understudied, meaning Gadd's trip was particularly useful for researchers. Other than exploring glaciers in the name of science, Gadd is best known as the first person to ice climb up Niagara Falls. 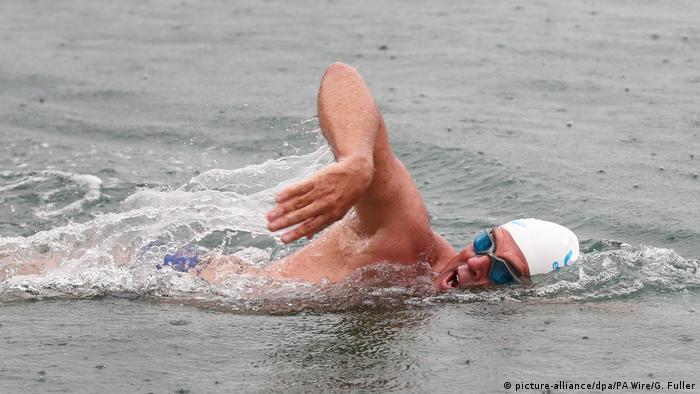 Lewis Pugh, the UN's Patron of the Oceans, is often referred to as the "Sir Edmund Hillary of swimming" — and with good reason. Just like Hillary was the first to climb the summit of the Mount Everest, British-South African endurance swimmer Pugh is the first person to officially complete a long-distance swim in every one of the world's five oceans.

After seeing the damage caused by pollution and climate change first hand, Pugh now undertakes grueling swims in vulnerable ecosystems to highlight their plight. In 2007 he famously swam across the North Pole to draw attention to the melting sea ice. In 2018 he became the first person to swim the full length of the English Channel, using the publicity to call for 30% of the world's oceans to be protected by 2030.

Pugh doesn't miss a chance to draw world leaders into his spotlight either. While swimming the length of the River Thames in 2006 to draw attention to the drought in England, Pugh hopped out of the water when he reached London and paid a visit to then-Prime Minister Tony Blair at 10 Downing Street to urge him to take action on climate change. The government introduced the Climate Change Act shortly after. It's no wonder he helped coin the term "speedo diplomacy." 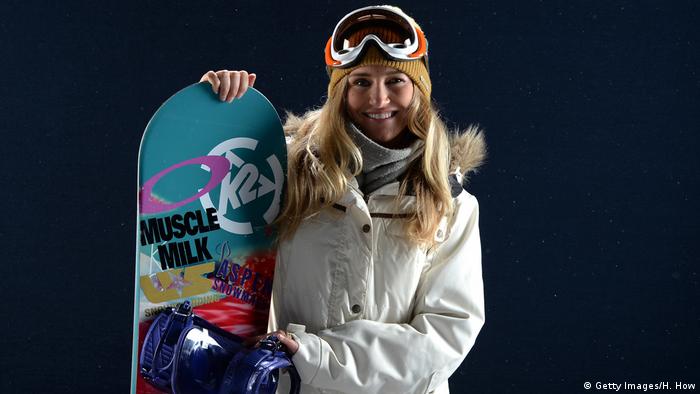 Since retiring in 2014, this snowboarding icon and former Olympian has spent much of her time raising environmental awareness through lobbying. Bleiler is a member of the Protect Our Winters Riders Alliance, which encourages winter sports athletes to become climate activists.

She has done everything from protesting on Capitol Hill in Washington DC to speaking at major international events such as the United Nation Climate Change Conference in Paris (COP21). Bleiler also kick-started the "21 Day Reusable Challenge," which encourages participants to avoid plastic water bottles, shopping bags and styrofoam for three weeks. 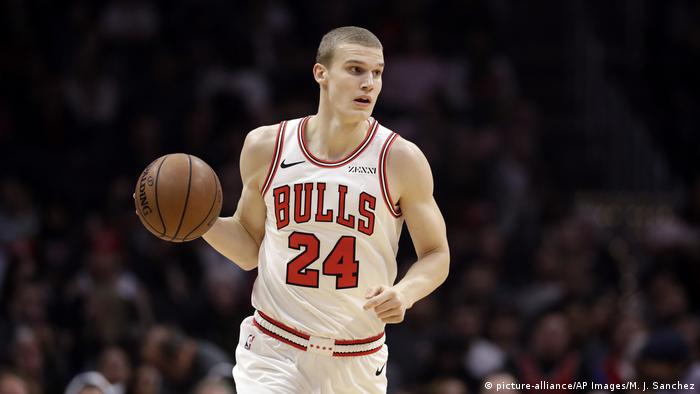 This rising basketball star has pledged to stop eating red meat in order to minimize his carbon footprint. Markkanen is part of the #DontChoke campaign with energy company Neste from his native Finland, which encourages others to follow his example and pledge to take concrete steps to protect the environment.

The NBA athlete frequently uses social media to keep his fans updated on his mission to live an eco-friendly life, which also includes driving an electric car, recycling and minimizing his use of electricity. 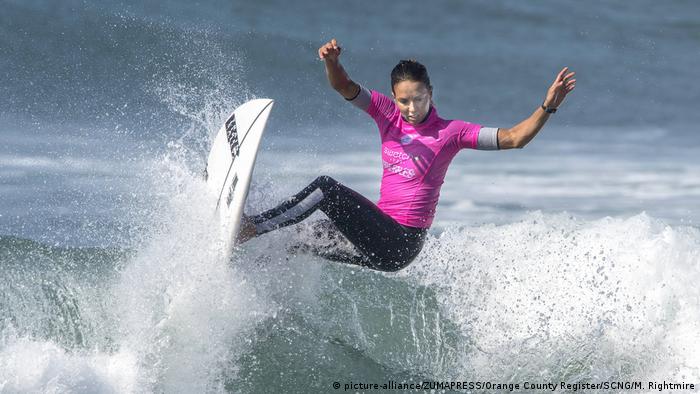 Like all professional surfers, Sally Fitzgibbons spends more time in the water than most. This also means she has seen the direct effects of pollution in our oceans.

Alongside surfing, the Australian spends much of her time raising environmental awareness, using her platform to inspire the next generation to protect and preserve our waterways. 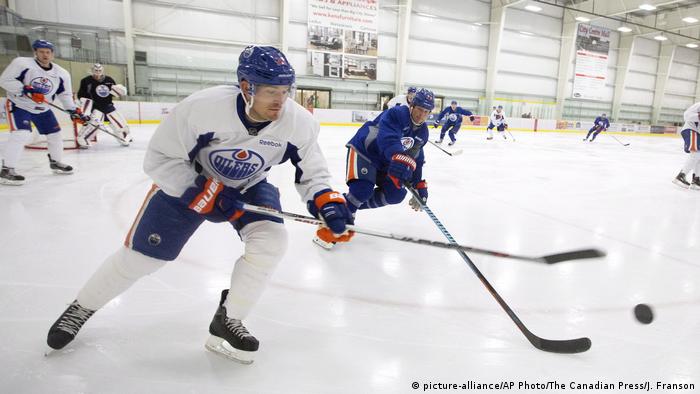 He teamed up with fellow Canadian and environmentalist, David Suzuki, to create the NHL Players' Association Carbon Neutral Challenge, which encourages players to offset carbon emissions generated by their frequent travel and other negative environmental impacts caused by professional sports by purchasing carbon credits. These credits are then used to fund alternative energy initiatives such as solar, wind and biofuel. Thanks to Ference, the NHL is now one of the leaders in environmental conservation in the sporting world, with many arenas now using solar panels and LED lights to cut their carbon footprint. 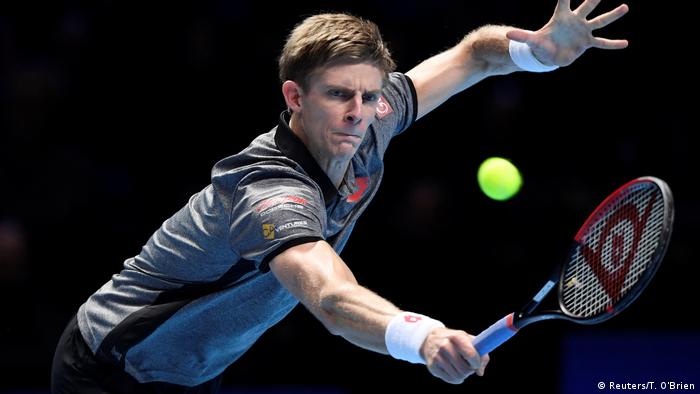 From plastic wrappers on fresh rackets to fans sipping their cool beverages through plastic straws in the stands: it's no secret that plastic is ubiquitous in the world of tennis.

World No. 5 Kevin Anderson thinks players need to do more to promote sustainability in the sport. He has been using his influence as an athlete to push for a reduction in the use of plastic — in particular single-use plastics like net covers — and encouraging greater adoption of reusable water bottles. Off-court, Anderson also supports the Ocean Conservancy's Trash Free Sea Alliance.