Political efforts to cool climate change are "fading" as things get worse, Antonio Guterres warned. He's visiting New Zealand en route to South Pacific islands that are at risk of being inundated by rising sea levels. 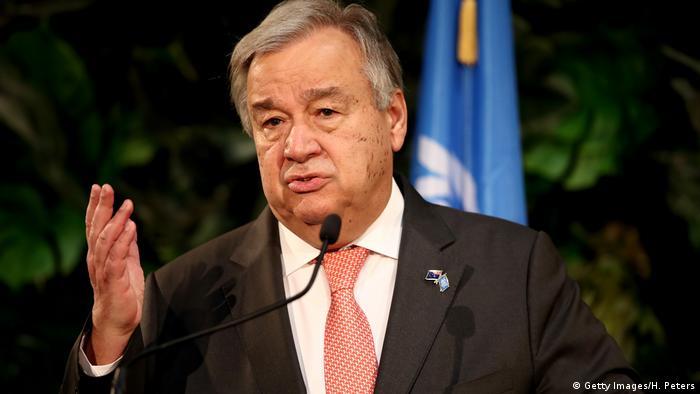 Arriving in Auckland Sunday, Guterres said the world was "not on track" to confine the rise in global warming to 1.5 degrees Celsius above pre-industrial levels as agreed in the 2015 Paris agreement.

"The paradox is that as things are getting worse on the ground, political will seems to be fading," said the UN secretary general.

"Climate change is running faster than what we are … the last four years have been the hottest registered," he said, adding that political inadequacy was evident "everywhere."

Its key farming sector, however, is to be given some leeway, specifically on "biogenetic methane," another climate-warming gas alongside carbon dioxide.

Guterres, who will also visit the South Pacific island territories of Fiji, Tuvalu and Vanuatu, urged the world community to "protect the lives of our people, and we need to protect our planet." 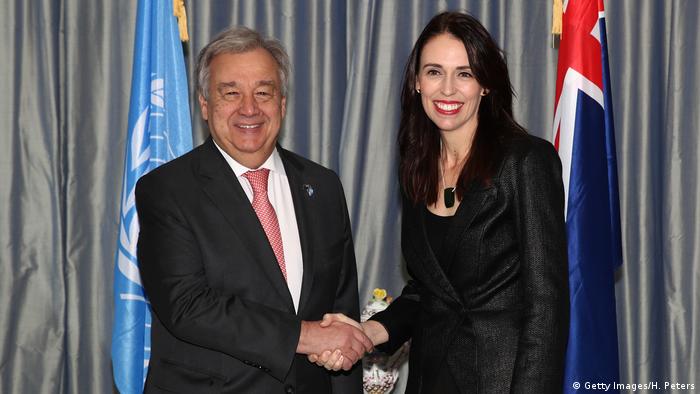 His remarks precede a Climate Action Summit he plans to convene in New York in September where nations will be asked to present "concrete, realistic plans" to reduce greenhouse gas emissions by 45% over the next decade and reach net zero by 2050.

Required was a "transformation of the way we consume, the way we produce," de Alba said. "This is not a process in which we can aim at a gradual increase of ambitions."

Trillions of dollars in private funding would be "indispensable," he added.

Why the reluctance on climate action?

Guterres also planned to visit Christchurch on his three-day New Zealand stopover and meet leaders of the Muslim community targeted on March 15 by a lone gunman who broadcast the massacre via social media.

Last week, the death toll rose to 51, with the death in hospital of a Turkish citizen critically wounded during the shooting attack on two Christchurch mosques.

Guterres said he would pay tribute to Muslim courage and New Zealand solidarity during the visit, which coincides with the month of Ramadan.

She and French President Emmanuel Macron are to host a meeting on the matter in Paris on Wednesday.

Luisa Neubauer told RWE shareholders their company's long affair with coal needed to end soon. A leader of the German Fridays for Future movement, she said the energy giant bears responsibility for the climate crisis. (03.05.2019)