The inhabitants of Lau Lagoon in Solomon Islands have lived in harmony with nature for generations. Now their entire way of life is vanishing beneath the waves.

Dotted across the Lau Lagoon are close to a hunred tiny sun- and salt-bleached islands, topped with scrubby, wind-bent trees and clusters of homes built from timber and palm fronds. Some are home to as few as five people, others as many as 400. But a growing number are deserted.

The Lau Lagoon lies at the northeastern tip of Malaita in the Solomon Islands archipelago in the South Pacific. Unlike the large island of Malaita, the lagoon's atoll is manmade, built from coral heaved up from the lagoon floor and rising an average of just a meter above the high-tide mark.

Locals say the wane i asi, or people of the sea, first built the islands some 18 generations ago - dating them back to the 17th century - to evade the mosquitoes and disease of the mainland, to be closer to the water that provides them with fish and, some say, to avoid conflict with the wane i tolo, or people of the bush.

Since then, the wane i asi have constantly repaired and rebuilt their islands. But now, a practice they has sustained them for hundreds of years is becoming a losing battle. 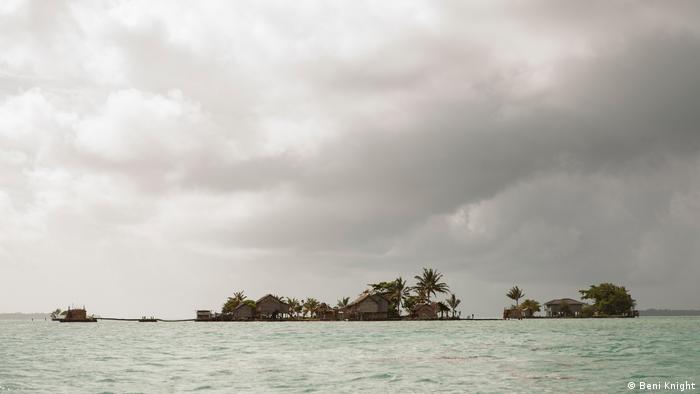 At high tide, the Solomon islands lay barely above the waterline

Climate change means the sea level is rising, storms are intensifying and seasons are becoming unpredictable. Coral is increasingly torn away from the islands and returned to the lagoon floor. These days, repairing them does little more than delay the inevitable.

Solomon Islands has a population of 560,000 people and a growing number of them are being forced to leave their homes - not just in Lau Lagoon, but also low-lying coastal areas on Malaita, and across the entire atoll, one of the world's largest.

It has been more than a decade since the island of Tauba in Lau Lagoon was first submerged completely during a high tide.

Tauba Island's residents belong to two different tribes. John Kaia is chief of one of them, the Aenabaolo. At 52, Kaia says he has witnessed the impacts of the changing climate over his lifetime.

"Before, we used to know the seasons, but now the wind, the rain, the cyclones can come at any time. We don't know when." Kaia says. "Cyclones always used to come when the wind was from the west, now they come even when the wind is from the east." 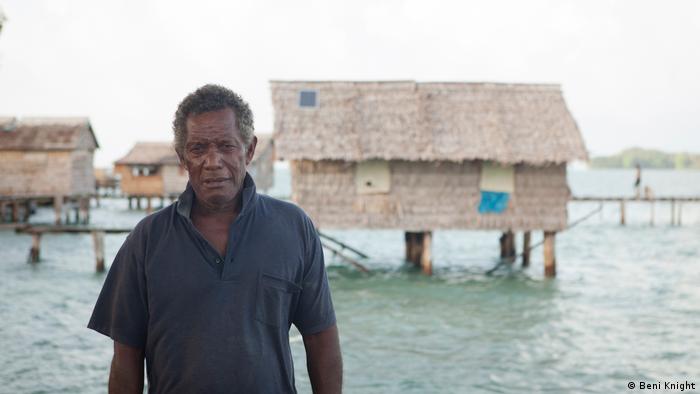 In July 2015, Cyclone Raquel became the first cyclone on record to hit the South Pacific Ocean in July. It caught Solomon Islanders by surprise and left many villages devastated.

But for a community that has long lived in harmony with nature, even more subtle climatic changes have profound consequences.

"Climate change has not only affected the weather, it has affected everything, the people, the sea, the land, even the food we eat has changed," Kaia says. "People's lives have already changed so much."

The erratic seasons have forced island farmers to resort to chemical fertilizers, which Kaia believes are "harmful to people's health."

Even the children's education is impacted. The only route to their school on Malaita is by boat - dugout canoes equipped with tatty plastic sails. Kaia says unpredictable weather has made these daily journeys dangerous.

"Storms now can happen any day and come very quickly," he says. "The children must be very careful while in their canoes, if the wind hits their sails hard the canoe can roll over very easily." 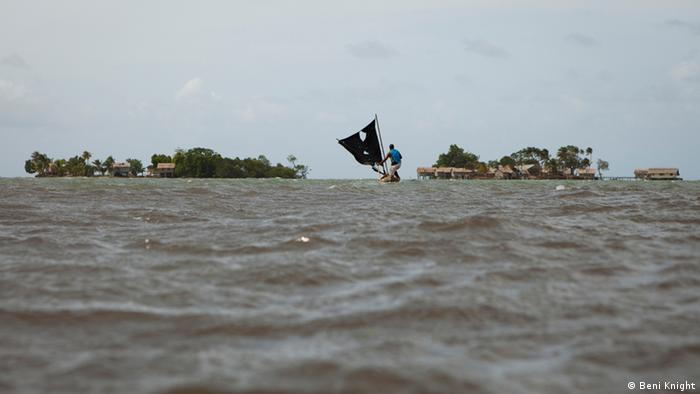 Routine journeys across the lagoon are becoming increasingly perilous

All this means is more and more wane i asi are relocating to Malaita. But that comes with its own challenges.

The Aenabaolo share a parcel of land on the mainland with three other tribes. Yet Aenabaolo families relocating from Tauba Island have become embroiled in a land dispute, and construction of their new homes is currently on hold by court order.

And they are not alone. With more and more communities displaced, Solomon Islands' courts are flooded with such cases. Complicated traditional land tenure structures mean they can take years to resolve.

And tribal differences can exacerbate disputes. Communities with distinct cultural practices are increasingly being forced to live in close proximity. A recent history of ethnic violence makes that a concern in Solomon Islands.

The country suffered five years of conflict between the Isatabu people of its main island of Guadalcanal and Malaitans settling on the island, until international peacekeepers arrived in 2003. 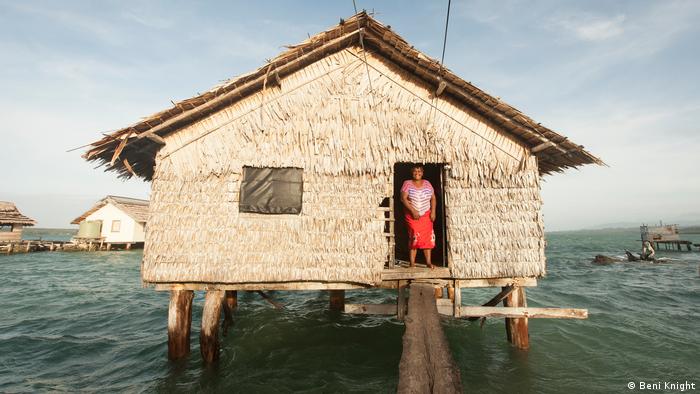 For a people used to the waves lapping on their doorsteps, giving up life on the water is a wrench

A wrench from home

Some wane i asi, like the 20 permanent residents of the tiny island of Taluabu, have no claim to land on Malaita at all. For generations, Taluabu's inhabitants have been allowed to farm a parcel of land on the mainland, but landowners have refused them permission to settle there.

Over the last year, the issue of relocation has moved up the political agenda in Solomon Islands, but there is still a long way to go before government-led plans to safely rehome entire tribes are put into practice.

In the meantime, NGOs and the Anglican Church of Melanesia have been helping displaced communities find land and start new lives.

Lau Lagoon islanders with secure new homes on Malaita, or in the county's capital of Honiara on Guadalcanal, are among the lucky ones.

But settling into life on mainland is a wrench for the people of the sea, and few cut ties with their atoll homes altogether. Most families return at least once a year. These days, Tauba's population swells from around 100 people to upwards of 400 at Christmas.

In late 2016, nongovernmental organization Displacement Solutions sent photojournalist Beni Knight to Lau Lagoon on the island of Malaita to document the challenges facing island dwellers in the area. DW publishes the exclusive essay and photos here.

An exclusive photo essay tells the story of Ontong Java, a string of remote Pacific islands at the mercy of climate change. Without support from governments, islanders are struggling to keep their heads above water. (23.09.2015)

Small islands such as Vanuatu in the Pacific are feeling the effects of climate change: Rising sea levels and extreme weather events threaten their very existence. Cyclone Pam is one very tangible signal. (17.03.2015)