An exclusive photo essay tells the story of Ontong Java, a string of remote Pacific islands at the mercy of climate change. Without support from governments, islanders are struggling to keep their heads above water.

Few people have heard of one of the world's largest atolls - Ontong Java in the Solomon Islands - but this anonymity has failed to save it from the effects of climate change.

Inaccessible by air and visited only sporadically by a supply ship, the 3,000-strong community is hoping to save its people and culture from rising tides and increasingly severe storms.

The atoll of Ontong Java is a ring of 120 islands located in the western Pacific Ocean - some 500 kilometers (311 miles) north of Honiara, the capital of the Solomon Islands.

One of the world's most remote landmasses, the islands span 1,400 square kilometers. They combine to make up 12 square kilometers of land that sits no more than 3 meters (10 feet) above sea level. 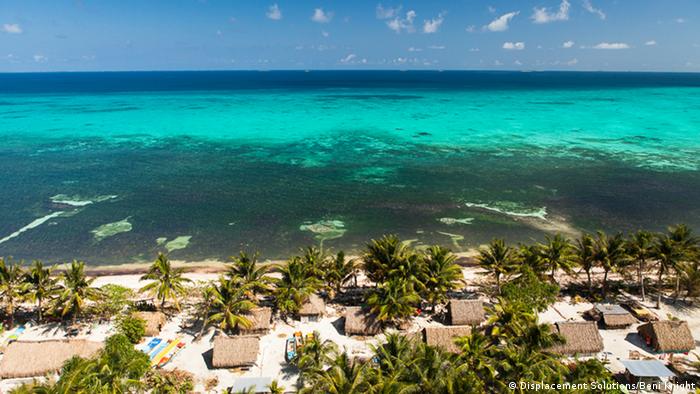 If sea levels continue to rise, the Ontong Java atoll will be inundated

The people on the Ontong Java atoll have always lived at the mercy of the wind and waves - but the largely subsistence life that has served them for centuries is becoming increasingly untenable.

Over past years, islanders have been living with worsening food insecurity, severe coastal erosion and the ever-growing prospect of fleeing to an uncertain future on more elevated islands far across the sea.

Not only is the ocean encroaching through high winds and waves - bringing seawater and salt over the land - but due to rising sea levels, seawater is now bubbling through the porous coral soil. "Like the island is leaking," an atoll resident told the photojournalist. 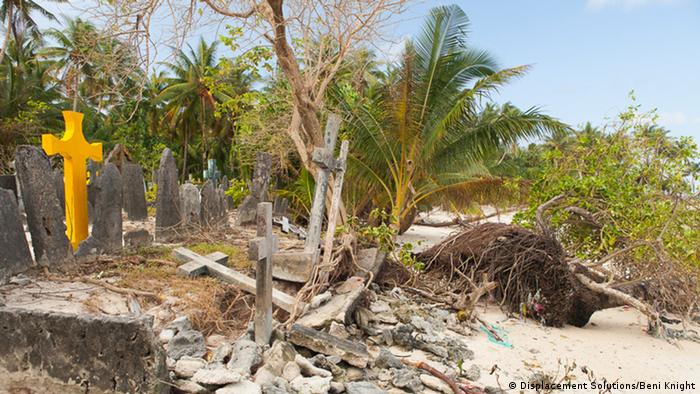 All islands are showing signs of major erosion, to the point where some land masses have disappeared completely

Islander Chris Keungi is 40, and the son of a former chief. Standing on the southern point of Pelau, the island he and about 600 others call home, he pointed beyond the tip of the island.

Although a village once stood there, it is hard to imagine anything other than the seawater currently flowing into the lagoon.

"When I was 10, there were a lot of houses here," Keungi said. "When I came back 10 years later, I saw a lot of changes. Soil erosion had begun to wash away most of the houses that were affected by sea rise," Keungi said. 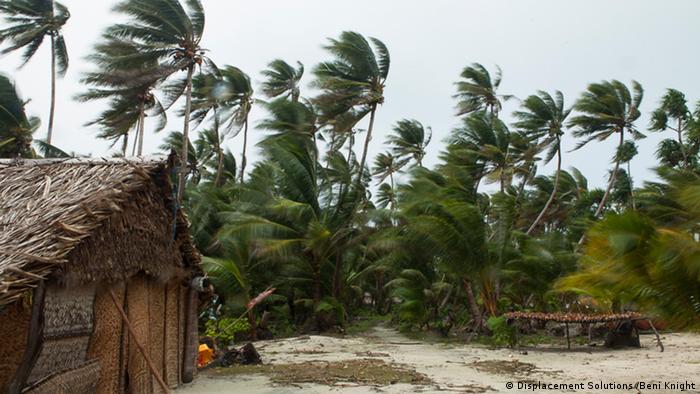 Rising seas are only one of the threats facing the atoll. At the end of June 2015, Ontong Java was hit by two very large waves on the south side of the southern islands, followed immediately by wind gusts at speeds as high as 125 kilometers per hour - generated by Cyclone Raquel.

The island of Luaniua, the largest of the atoll with a permanent population of 2,000, bore the brunt of these extreme weather events, losing more than 80 structures including homes, kitchens and rest houses. 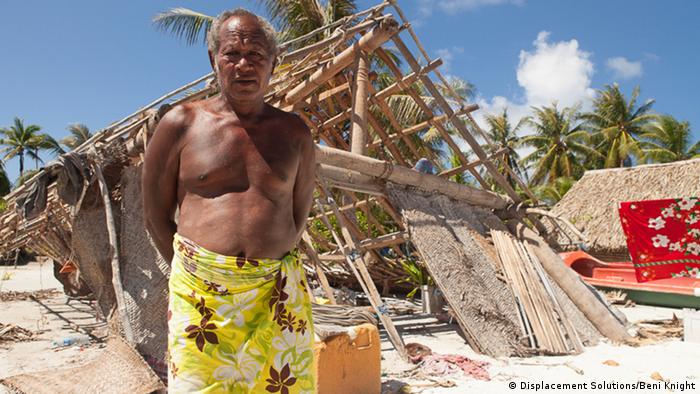 The home of Moses Paoa on Luaniua, Ontong Java, was destroyed by Cyclone Raquel

When faced with the reality of climate change, Keungi, his family and the rest of the people on the atoll have ever-fewer options. Plans to relocate the Polynesian islanders of Ontong Java to the culturally distinct Melanesian island of Malaita have failed.

People on the islands understand the growing need to move - but at the moment, most have no intention of doing so. When that day finally comes, many on the atoll would prefer to move to the island of Santa Isabel, some 300 kilometers to the south.

They see Santa Isabel as the best chance of finding a place where they can reestablish themselves, and be welcomed as new arrivals with at least some of their ancient culture and traditions intact. 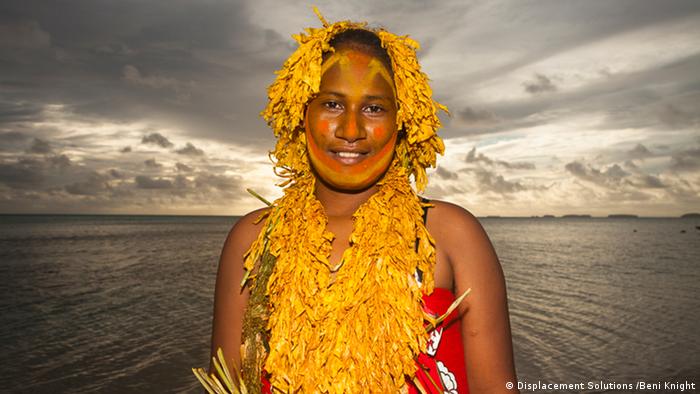 In December, the international community will come together in Paris to thrash out a new global accord on climate change. For Pacific islands like Ontong Java, the stakes could not be higher.

If negotiations in Paris succeed, and new vigorous rules are created that dramatically reduce greenhouse gas emissions and secure renewed funding to protect those already grappling with the effects of climate change - like Ontong Javans - the meeting may provide a future for such Pacific islanders.

Yet, if heavy emitters - including one of the Solomon Islands' closest neighbors, Australia - succeed in watering down the current text and allowing ever more fossil fuels to be exploited and burned, the 3,000 people of Ontong Java will be forced to flee the islands they have called home for generations. 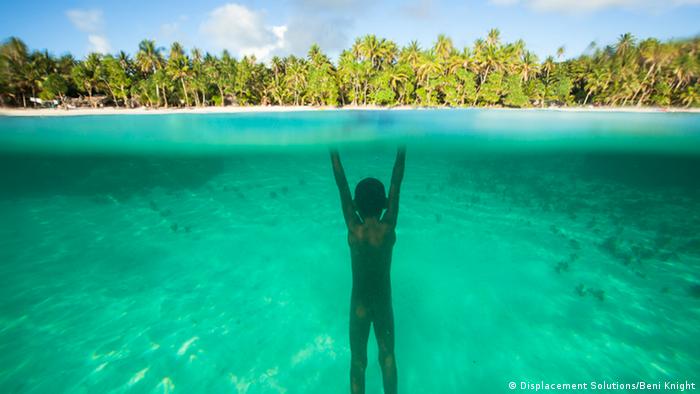 In June and July 2015, non-governmental organization Displacement Solutions sent photojournalist Beni Knight to Ontong Java for two months to document and record the culture, lives and opinions of the people of the atoll. DW publishes the exclusive essay and photos here.

Climate change: A village falls into the sea

In the coastal village of Kivalina in Alaska, erosion and declining fisheries due to climate change are threatening the livelihoods of the people who live there. That's why they want to establish a new village elsewhere. (17.09.2015)

As US President Barack Obama visits Alaska to focus attention on climate change, scientists warn that this very bad wildfire year is part of a vicious cycle caused by - and accelerating - climate change. (31.08.2015)

Visions from a vanishing atoll