A new study shows that if we were to burn all the Earth's fossil fuels, the Antarctic ice sheet would melt. That would trigger massive sea level rise - with dramatic consequences for humanity. 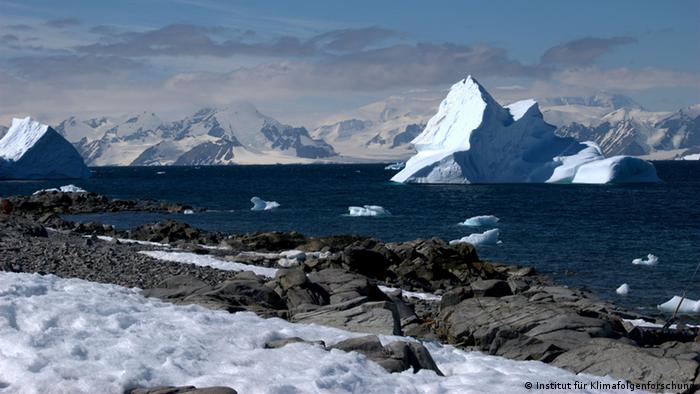 According to a new study from the Potsdam Institute for Climate Impact Research, global temperatures would rise by an average of 12 degrees Celsius (22 degrees Fahrenheit) if we were to burn all fossil fuel resources on Earth. That would result in melt-off of the entire Antarctic ice sheet, and all the ice covering Greenland.

Although the temperature rise wouldn't happen overnight, our actions today can change the face of the Earth as we know it, said Ricarda Winkelmann, the study's lead author. 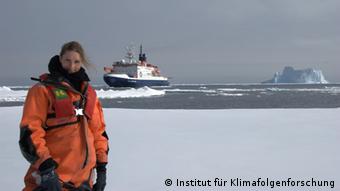 Ricarda Winkelmann: "If we want to avoid Antarctica to become ice-free, we need to keep coal, gas and oil in the ground"

If we burned all available fossil fuel resources, the Antarctic ice sheet would collapse, according to the study. As a consequence, sea levels would rise by 3 centimeters (1.2 inches) per year.

The end of the line - after several thousand years - would be reached at 58 meters (190 feet). With that, all the ice in Antarctica would have melted. Europe and Asia would be hit the hardest.

In northern Europe, the Netherlands would be completely swallowed by the sea. German cities of Hamburg and Berlin would be gone. Germany's coastline would move south by up to 400 kilometers (250 miles). 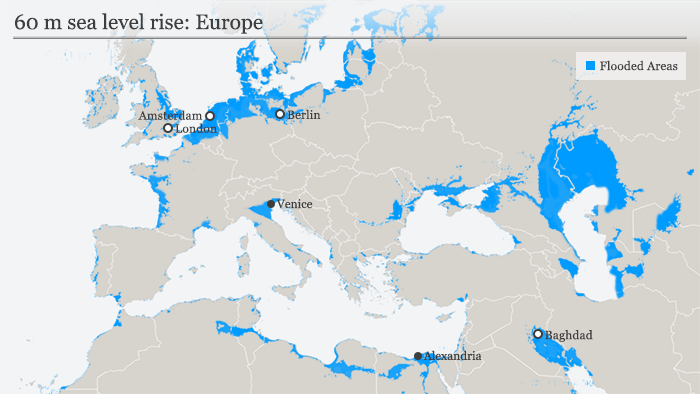 The Deutsche Welle offices in Berlin would be flooded, so everyone who works there would have to move to the headquarters in Bonn. There, they could work with a view over the North Sea.

The only thing remaining of Denmark would be an island. Venice would be submerged - despite its carefully thought-out flood barrier.

"If we want to pass on cities like Tokyo, Hong Kong, Shanghai, Calcutta, Hamburg or New York as our future heritage, we need to avoid a tipping in East Antarctica," co-author Andres Levermann from the Potsdam Institute said. And that could only be done by stopping greenhouse gas emissions, Levermann added. 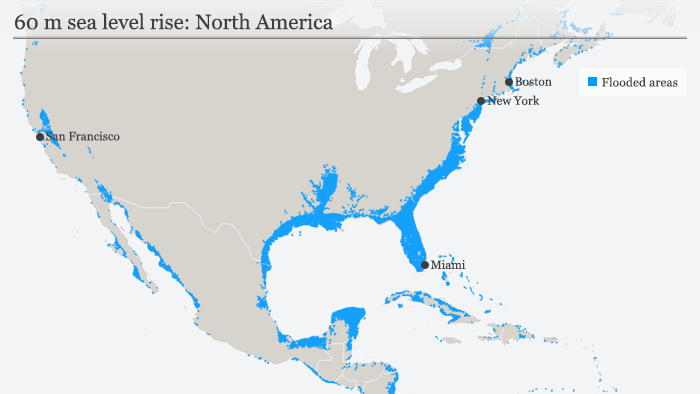 Asia is the continent where the most people would be hit. All of Bangladesh - with its population of 180 million people - would be flooded. Singapore, Hong Kong, Shanghai and Beijing would be gone.

If global warming can be contained at 2 degrees Celsius, sea levels would rise by about a meter - which is still doable, the study's authors say. But even then, island states like the Maldives and Tuvalu would vanish from the face of the Earth. 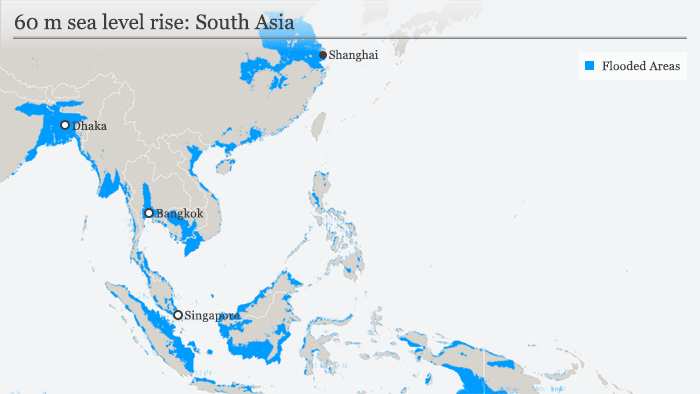 On this map, you can check out the effects of the sea-level rise in your home region.

In December, participants from 194 countries will gather at the United Nations climate conference in Paris. They hope to agree on a new global treaty to protect the climate there. But so far, national climate pledges submitted won't prevent the 2 degree rise.

Regardless of what is agreed there, everyone alive on Earth today will feel the first effects of climate change - be it increased temperatures or heavier storms. But for our descendants, things could far more dire.

So far, Antarctica has contributed less than 10 percent to the rising sea levels. But if temperatures keep going up, the ice shelf at the South Pole would collapse. Albeit, this would happen very slowly - it would take a couple thousand years for the ice to melt completely.