Heavy rains in Europe, wildfires in California, desertification in North Africa: extreme weather is one way climate change influences our daily life. Humanity has to adapt - which will be difficult in certain places. 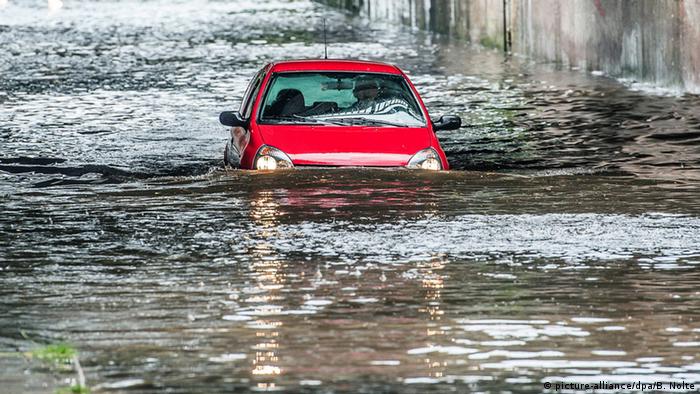 For many people in Germany, the week started with torrential rains that probably inspired some cursing of the heavens: It's summer! Why is there so much rain?

"Scientists will only speak of climate change 20 years after they have observed phenomena - but it's safe to say that we've been facing extreme weather with ever-shorter periods between the individual events," Heinrich Bottermann, general secretary of the German Federal Environmental Foundation, told DW.

Bottermann added that torrential rains were among these extreme weather phenomena, which are palpable evidence for climate change in central Europe. 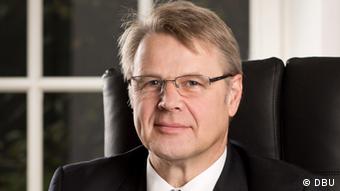 Bottermann: we can already see direct effects of climate change

As we emit ever more CO2 into the Earth's atmosphere, temperatures are rising. And warm air can hold more moisture than cold air, explained Roger Brugge, a meteorologist at the University of Reading.

Warm air traveling across the Atlantic, for example, can gather up a lot of moisture - and then release it as precipitation across Europe.

Greening cities to adapt - and mitigate

Cities are already struggling with heavy rain and the flooding that comes as a result. Flooded basements, muddied parks and nonfunctional roads pose great challenges to local officials and residents.

That's because existing sewers aren't made for the large amounts of water they suddenly have to hold, Bottermann said. "We have to work on that: either create overflow basins or increase the sewer size."

But instead of adapting to the effects of climate change, we could also mitigate them, Bottermann said. He suggests establishing "fresh air aisles," or areas without buildings, to prevent the "heat island effect" of cities. That's what happens when air heated on the cement and asphalt of city surfaces remains trapped between apartment buildings and office skyscrapers.

In California, people are not struggling due to too much rain, rather instead to a lack thereof. Drought has persisted there for around four years now. Farmers are not sure how they will be able to irrigate their crops.

The drought is also facilitating catastrophic wildfires. So far this year, more than 4,500 fires have destroyed 580 square kilometers (225 square miles) of land. And a recent study published in "Geophysical Research Letters" indicates that global warming is worsening the drought in California. 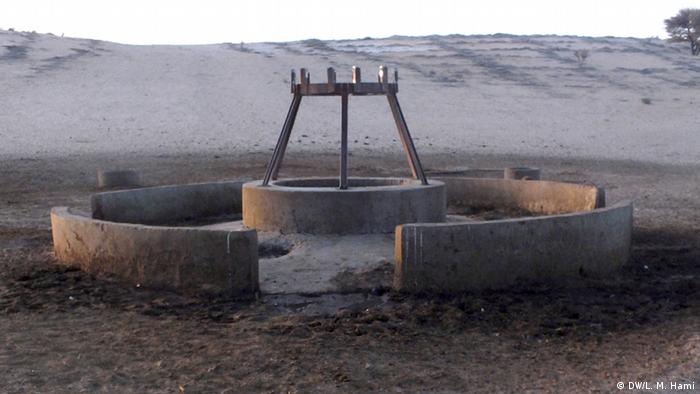 Desertification threatens small farmers' livelihood in countries like Niger, where this well has filled with sand

"In the middle of Sahel, you are a long way from the nearest sea," meteorologist Roger Brugge said - and that's why the region sees different weather systems than Europe.

Desertification also leads to another issue that can ultimately be chalked up to global warming: climate refugees, for example people whose formerly fertile fields turn to dust, forcing them to leave their homes and find another place to live.

"If climates change, then there's no saying you will be able to grow the same crops in 50 years as you can now," Brugge said. He added that England now has wine-growing regions, for example, which was inconceivable a few decades ago.

"And that's just Europe. If you're living on the edge of a desert and it moves 200 miles over 50 years, what are you going to grow? You are going to have to move."

People in other world regions are also losing their homes because of climate change. Many islands in the South Pacific are threatened by rising sea levels, and whole villages on South Asian shores are gradually being swallowed by the ocean.

According to a Greenpeace study, there are already 20 million climate refugees today. If temperatures continue rising as they do now, 200 million people will have to leave their homes because of climate change over the next 30 years, according to the study.

In addition to complaining about the weather these days, Germans are seeking ways to cool down. Climate change is partly to blame for the heat wave. The time has come to fight that with resolve, DW's Jens Thurau writes. (09.08.2015)