NASA scientists have warned that sea levels around the world are to rise by at least one meter (3 feet) in the next 100 to 200 years. Major cities like Tokyo and Singapore could disappear, new data suggest. 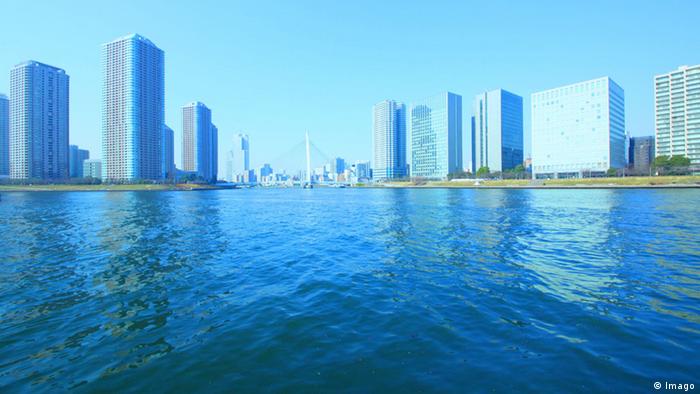 Tokyo Bay is at risk of rising sea levels

Since 1992, sea levels worldwide have risen by an average of three inches (8 centimeters) as a result of warming waters and melting ice, new data released by the US space agency NASA show.

And there is more to come. "It's pretty certain we are locked into at least three feet of sea level rise, and probably more," Steve Nerem of the University of Colorado, Boulder, who leads NASA's Sea Level Change Team, said.

"But we don't know whether it will happen within a century or somewhat longer," he added.

The rise will have a "profound impact" around the world, Michael Freilich, director of NASA's Earth Science Division, said.

Low-lying US states such as Florida are at risk of disappearing, as are some of the world's major cities such as Singapore and Tokyo. Some Pacific nations may be entirely wiped out.

"More than 150 million people, most of them in Asia, live within one meter of present sea level," he added.

Scientists estimate that about one-third of sea level rise is caused by warming ocean water, one-third is due to ice loss from the Greenland and Antarctic ice sheets, and the remaining third comes from melting mountain glaciers.

The biggest uncertainty in forecasting sea level changes is the speed at which polar ice sheets melt.

The NASA data follows the last major predictions on the rise in sea levels, made in 2013 by the United Nations Intergovernmental Panel on Climate Change (IPCC).

The IPCC said global sea levels would likely rise from one to three feet by the end of the century. Nerem said the latest satellite data suggests the higher end of that range is now more likely.

Greenland and its colonial big brother Denmark are appealing to the European Union to lift the ban on commercial seal hunting. Greenlanders fear the end of a way of life. Malcolm Brabant reports from Ilulissat. (13.04.2015)