As US President Barack Obama visits Alaska to focus attention on climate change, scientists warn that this very bad wildfire year is part of a vicious cycle caused by - and accelerating - climate change. 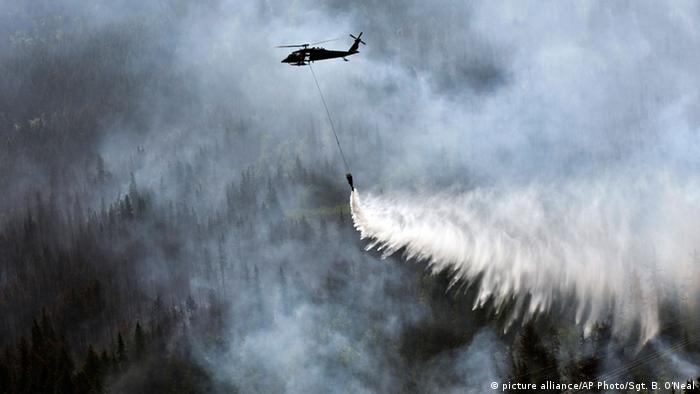 About 33 miles northwest of Fairbanks along Highway 2, the verdant vegetation comes to an abrupt halt. Burnt tree stumps and scorched earth stretch from this point on, as far as the eye can see. It's deathly quiet. A cool wind blows, while here and there a few blades of bright green grass push up through the sodden black soil. And though this devastated landscape, runs an oil pipeline.

Just a few weeks ago, a huge forest fire raged through here.

"Each year, we're seeing more area being burned," says Scott Rupp of the International Arctic Research Centre at the University of Alaska. "The frequency of these large fire years, and their characteristics, are linked very much to an increase in extreme weather - and there are certainly ties to the increase in variability and changes in longer-term climate trends."

As the United States' northernmost state - which sits partially in the Arctic Circle - Alaska is affected by climate change more than anywhere else on earth. The temperature here is rising twice as fast the average across the country. In May of this year, Alaska recorded the highest temperatures in more than 90 years. 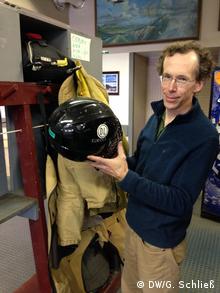 Rapacious forest fires are one of the most dramatic consequences of this rapid warming.

"The challenge for the last 12 to 15 years has been an increasing frequency of large fire years," says Kent Slaughter, director of the Alaska Fire Service. That's the agency responsible for responding to fires in the northern half of the state - where most of the major fires happened.

"Two of the largest fire years were in 2004 - and then this year," Slaughter told DW, in terms of acres burned. He says in June, more than 70 new fires were flaring up each day. Altogether, more than 5 million acres burned, making it the second-worst year for fires in Alaskan history.

It was more than the service could cope with, says Slaughter. More than 3,000 firefighters from Canada and the rest of the USA were drafted in to help.

The wildfires play a critical role in climate change, says Rupp, because of the mass of carbon dioxide that the fires release into the atmosphere.

Rupp says a single bad year like this one could release CO2 accumulated over more than a decade into the atmosphere in a single season.

"All of the sudden, we've got all this carbon and methane that's been locked up, now being able to rapidly start to emit into the atmosphere," Rupp said.

From 1950 until 2009, he said, forest fires in Alaska have released CO2 equal to half of all carbon emissions from the European Union.

So in Alaska, climate change has set a vicious cycle in motion. The warmer the temperature, the drier the summer - and so, the greater the risk of forest fires, which then release ever more carbon dioxide. Worse still, the increasingly frequent fires damage and diminish the surface layer of soil, which provides vital insulation.

Bob Bolton, Rupp's colleague at Alaska University, explains: "As soon as you start removing that organic layer, it doesn't take a whole lot to allow heat to penetrate into the subsurface, to actually start thawing the permafrost soil." 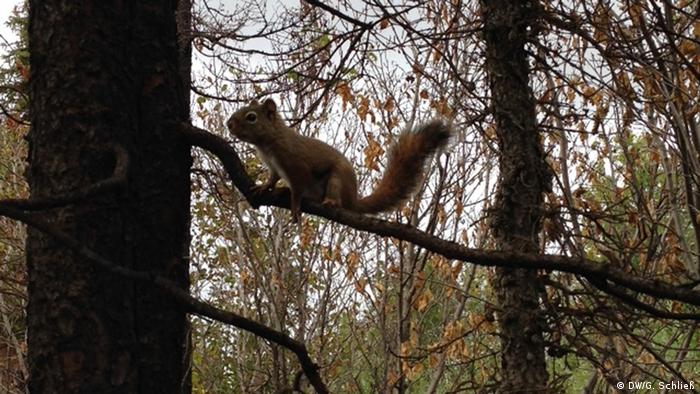 Permafrost can see seen as a protective winter jacket, Bolton says. In a forested area close to his office in Fairbanks, the permafrost expert digs with a spade, elbow-deep into the soggy ground. Underneath, it is hard - that's the permafrost layer, he explains.

Permafrost is nothing more than frozen earth - and it makes up 80 percent of Alaska's landmass. For centuries, it has sealed in the organic waste below, which contains both climate-damaging gases carbon dioxide and methane.

In doesn't take much to make the permafrost vulnerable to warming, says Bolton. This triggers a thawing process that becomes virtually unstoppable. The underlying methane gas penetrates the permeable permafrost, and gets released into the atmosphere. Climate scientists say methane's warming effect is 25 times more powerful than carbon dioxide. 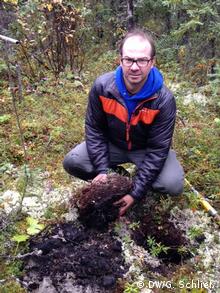 This process is expected to accelerate over the coming decades. According to recent estimates from the US Environmental Protection Agency, the area affected by forest fires will double by the middle of this century.

Through further rises in carbon dioxide and methane, the soil in Alaska will keep heating up, says another study, which was presented to the Obama government and published Monday in the International Journal of Wildland Fire.

However, the nearly simultaneous decision by the government to allow oil drilling off the coast of Alaska worries climate experts like Rupp.

"Increases to greenhouse gas emissions is going to reinforce that positive feedback of warming - that could increase wildfires even more."

After a 40-year political battle, North America's tallest mountain in the US state of Alaska will be restored to its Native Alaskan name, Denali. The decision came on the eve of a presidential visit to Alaska. (30.08.2015)

It looks like a daring test or some attempt to break a record - but it is actually a Greenpeace protest. Near Portland, 13 climbers dangled from a bridge for two days to stop controversial oil drilling in the Arctic. (30.07.2015)

Nature has equipped polar bears well for their environment - but not for climate change, a new study suggests. Yes, they can adapt to hard times. But not through walking hibernation, as scientists had hoped. (17.07.2015)