It looks like a daring test or some attempt to break a record - but it is actually a Greenpeace protest. Near Portland, 13 climbers dangled from a bridge for two days to stop controversial oil drilling in the Arctic. 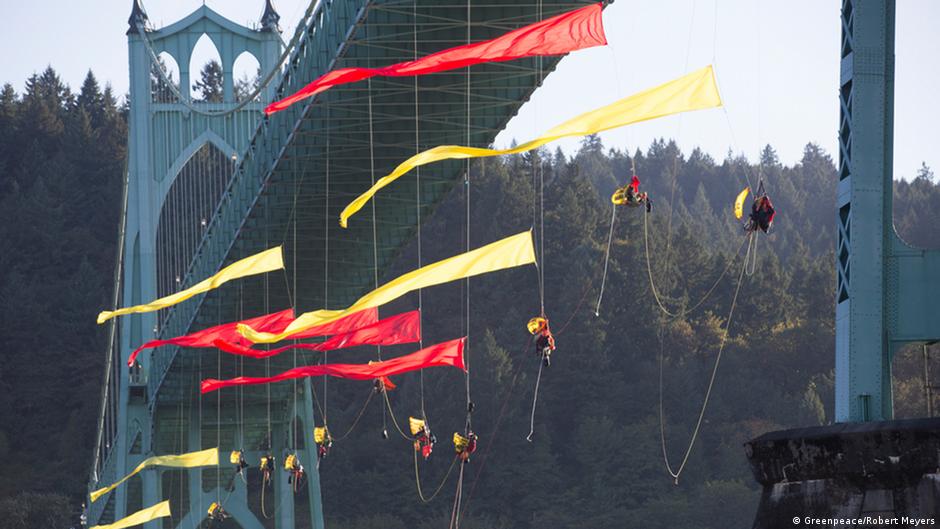 An unusual protest by environmentalists came to an end Friday (31.07.2015). Since Wednesday, 13 activists had been dangling themselves off the St. Johns Bridge over the Willamette River in Portland, Oregon, in the United States.

They're calling for the protection of the Arctic, and protesting specifically against the icebreaker Fennica, which is planned for heading to the Arctic, after being repaired in Portland.

The climbers had physically prevented the ship from passing underneath the bridge. You can watch a Periscope #link:https://www.periscope.tv/w/aIod-jI1NTQ4OTB8NTAxMDU2Nzgzux7qxxcIjKI9Zk1pOqLYguECbb832WGaxBxmjDY67Q==:here#. 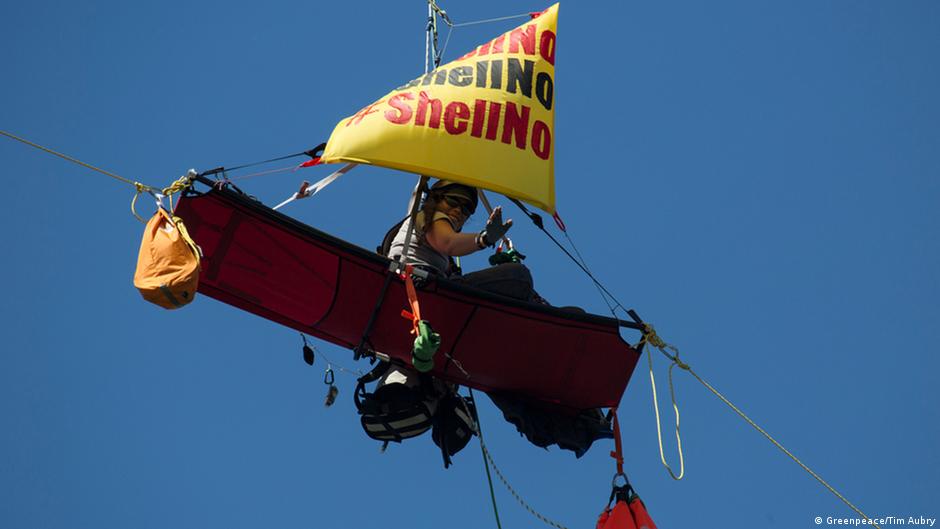 Part of a drilling fleet, Fennica was already on its way to the Arctic in early July when a breach in its hull forced it to turn back.

The icebreaker eventually went under the ship, on its way to support Shell on its quest to drill for oil in the Arctic.

"The US Government needs to finally pull the emergency brake and prohibit Shell's drilling in the Arctic," Larissa Beumer, an Arctic expert from Greenpeace, had said in a statement.

The US government last week approved Shell's oil exploration on Alaska's coast. The icebreaker has a crucial piece of equipment that would be necessary to bore deeper holes that penetrate into oil-bearing layers. 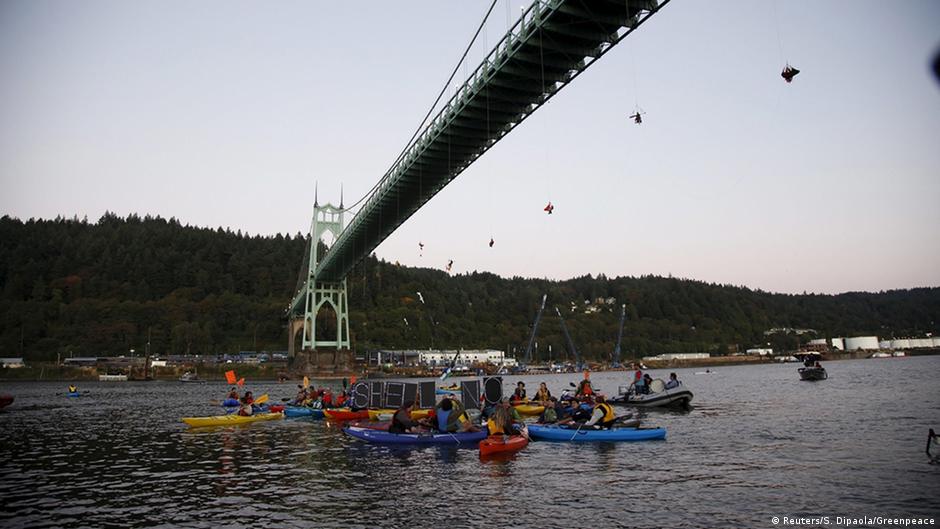 An oil spill can occur at any time, shows a risk assessment of the US Bureau of Ocean Energy Management.

"If Shell finds oil, there is a 75 percent probability of at least one serious accident during the exploration period," Beumer said.

In recent days, even high-ranking US politicians, including Hillary Clinton and Al Gore, have expressed doubts on the safety of drilling for oil in the Arctic.

Oregon Senator Jeff Merkley, together with five other US senators, proposed a law that would ban Arctic oil drilling.

On Thursday, a US district judge had ordered Greenpeace USA to pay stiff fines for every hour that protesters dangled from the bridge to block Shell's ship. The hourly fine amount would have increased every day.

The activists are the latest group to stage demonstrations over the past three months, seeking to disrupt Shell ships from heading north from Pacific Northwest port areas.