Dozens of cities across the world have declared a climate emergency. Now, students behind the school climate strikes are bringing the movement to Switzerland and Germany. But what does that mean exactly? 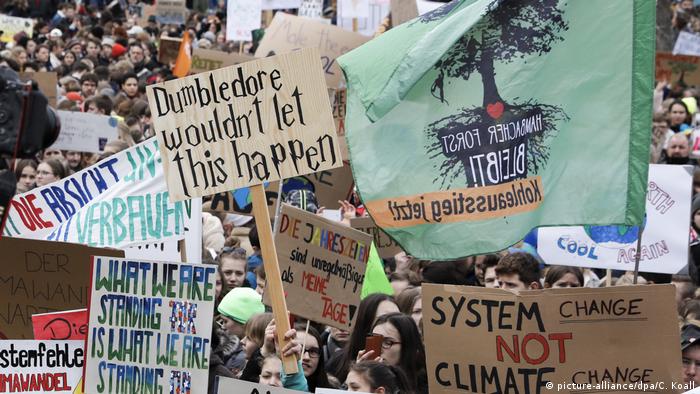 In December, 19-year-old Philippe Kramer and other students in the Swiss city of Basel skipped school because they had something better to do: protest the government's lack of ambition in fighting climate change.

Since then, the protests have grown in number across Switzerland with people of all walks of lives joining the students. "Switzerland is not a country where people usually take to the streets but the feedback was huge and it has changed a lot," Kramer told DW.

Inspired by how the strikes sparked public discussions about climate change, Kramer and the other students wanted to do more than protest.

So they decided to follow the example of dozens of cities in Australia, Canada, the United Kingdom and the United States that have declared a climate emergency after activists lobbied their local governments to take action against global warming.

The students published an open letter in newspapers in Basel explaining the concept of a climate emergency and inviting politicians to present it to parliament.

Swiss politician Aenas Wanner from the Green Liberal Party did just that — and managed to get a two-thirds majority in favor of Basel officially declaring a climate emergency, the first local government in the German-speaking world to do so.

But what exactly does it mean when a city declares a climate emergency?

The idea behind the movement is to inspire change from the bottom up. The concept, however, differs slightly from city to city. While some local councils commit to specific targets — such as reaching zero emissions much earlier than their national government plans to — others promise to make climate change policy a priority.

In Basel's case, the move is legally non-binding, essentially making it symbolic. The city has committed to consider taking the environmental impact of new projects into account, favoring businesses that mitigate climate change.

"When we discuss the expansion of gas supply in parliament now, we have to consider the consequences for the climate," Wanner told DW.

The city of Basel also promises to ground their policies in the guidelines set out by the Intergovernmental Panel on Climate Change (IPCC), which are  much stricter than Switzerland's national climate protection plan. Switzerland committed to reduce its CO2 emissions by 20 percent of 1990 levels by 2020, but is not expected to reach this goal.

"Climate change and climate protection are among the biggest challenges for our society these days," Wanner said. "These young people are absolutely right to demand a future that's worth living in and we as politicians haven't done enough to secure that."

The students' idea has inspired other Swiss cities, like Zurich, to follow Basel's lead. And it's even sweeping over the border to Germany, where students and citizens are starting to pressure their cities to do the same.

For months, tens of thousands of students have used weekly school strikes to protest Germany's lack of ambition in fighting global warming. Although often praised in the international community as a leader in the climate change fight, Germany, too, is struggling to reduce emissions: it's projected to fall short of its 2020 goal of reducing greenhouse gas output by 40 percent of 1990 levels.

One of the students pushing cities to declare a climate emergency is 19-year-old Louisa Schocke, a coordinator with the German branch of Fridays for Future, the movement behind the weekly climate strikes. She petitioned the city of Erlangen to declare an environmental emergency.

The motion was voted on during a town hall meeting at the end of March with 99 percent in favor. The city council is expected to make a final decision by the end of April.

"What's driving me to take action is this fear that when I'm 35 years old, nothing will be left of the things that I know exist now, like biodiversity," Schocke told DW. 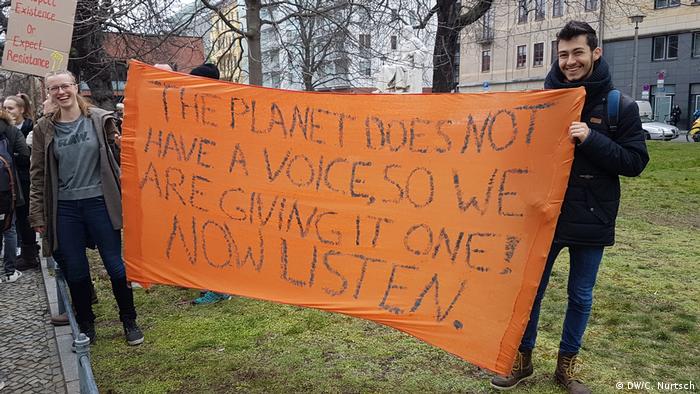 The message among climate protesters is clear, and getting louder.

She and her team came up with concrete ideas for measures the southern Geman city of Erlangen could take to become more climate-friendly, and divided them up in seven sectors: energy, mobility, construction, urban parks, food, waste management and investment.

"So for instance, we suggest that Erlangen should install more trash bins, open new bike routes and grow more plants across the city."

Students have proposed similar motions for climate emergency declarations in other German cities, such as Berlin, Leipzig, Kiel, Dortmund, Düsseldorf and Cologne.

From local to national level

Critics argue that a city symbolically declaring a climate emergency without any legal consequences can’t have a real impact on policies. But politicians like Lisa Badum, Green Party spokesperson for climate policy in the German Bundestag, disagree.

"Nothing is being done at a federal level. The German parliament hasn't understood how urgent this topic is," she told DW. "We are missing our climate targets by miles. That's why it's so important that pressure is being put on cities and municipalities at a local level."

According to Badum, cities have the chance to really make an impact without waiting for parliament to pass climate measures. Instead of subsidizing free parking, they can, for instance, put the money into public transport or more secure bike lanes. 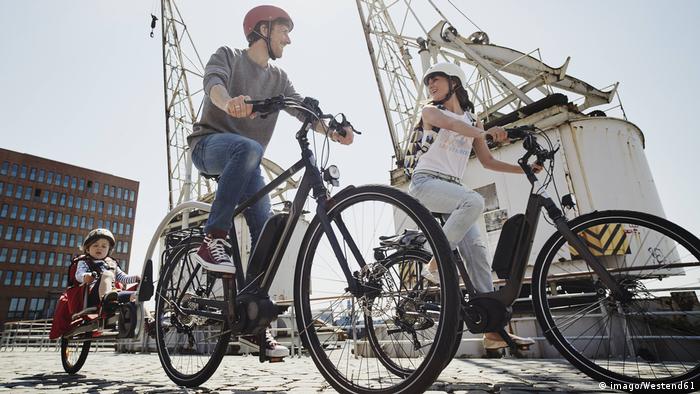 And by making climate change a priority, they are impacting federal politics as well.

"Every member of parliament has a constituency somewhere, many are voted into parliament directly, and if this constituency is putting pressure on them to do something about climate change, then they have to act," she said.

According to the Australian campaign Climate Emergency Declaration, the emergency mode is supposed to be upheld until the emergency passes. But it's unclear whether new local governments will uphold the status, provide necessary budgets or monitor results.

Philippe Kramer from Switzerland, however, is convinced by the movement's impact and says Basel's declaration of a climate emergency has already made an impact on climate politics.

"Now one political party after the next is trying to make a name for itself by coming forward with suggestions how to protect the climate, and that's great," he said.

What started on a local level may soon be brought to a national one, with Samira Marti, the youngest member of the Swiss national council, the lower house of the Federal Assembly of Switzerland, planning on introducing the idea to declare a nationwide climate emergency soon.