Barring radical change, Germany will not reach the goal it set itself for reducing greenhouse gas emissions by 2020. Cars and buildings are to blame, the report said. 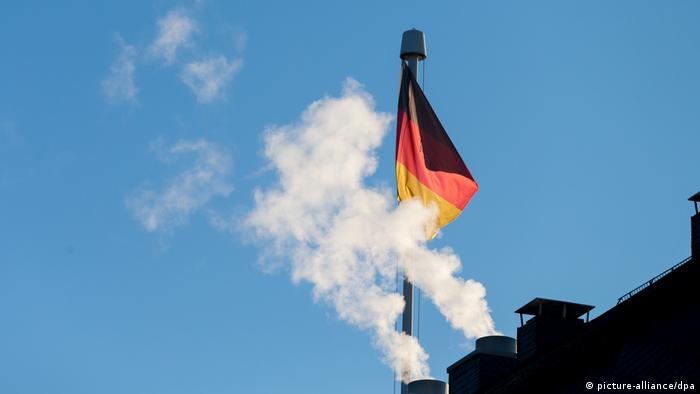 Germany will likely fall well short of its targets for greenhouse gas reduction by 2020, a climate protection report released by the government on Wednesday concluded.

While the main conclusion of the report was made public in November, the release of the 147-page report comes as the German government is renewing debate among itself and with industry leaders about the best courses of action to take to reduce its greenhouse emissions.

The spokesman for Angela Merkel's government, Steffen Seibert, said the government seconded the report's emphasis that the 40 percent target must "be reached as quickly as possible."

Environment Minister Svenja Schulze called for more "courage" and binding regulation in climate policies: "When it comes to climate protection, in the past years Germany as whole has not been on course to reach its goals, despite some improvements in the energy sector."

The World Wildlife Fund (WWF), the international environmental organization, accused the German government of having done "little to nothing" to slow global warming, which greenhouse gases cause.

Why is the report's timing important?

Germany has come under increased pressure from environmentalists at home and from others at the EU and global levels to improve its environmental policies, and in particular to do more to slash its greenhouse gas emissions.

Recently, a government-appointed commission announced that the country will end energy production from coal-fired power plants by 2038 in order to cut CO2 emissions, but the country now has to figure how to wind down production without major energy and price disruptions.

Additionally, a recent initiative to impose a speed limit on currently unregulated highways in order to reduce auto emissions failed.

What other climate goals exist?

A day after the UN warned the world was "running out time" on climate change, EU ministers have battled over the extent of emission cuts on carmakers. Germany is concerned more ambitious cuts would be bad for business. (09.10.2018)

Making the most of CO2