Economic and population growth are to blame for Germany missing its climate protection target. One of the leaders of the Greens said figures show that Chancellor Angela Merkel has more bark than bite on climate change. 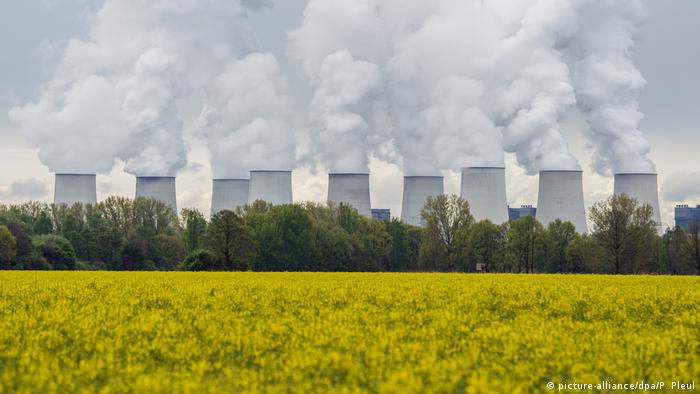 Germany is set to miss its 2020 greenhouse gas emissions target by 8 percent, according to German weekly magazine Der Spiegel.

The German government set itself the goal of reducing national greenhouse gas emissions until 2020 by 40 percent compared to 1990 levels.

But a draft government report estimates that the country will only be able to reduce emissions by 32 percent. Officials had previously estimated a shortfall of 5 percent to 8 percent.

Annalena Baerbock, co-leader of the Green Party, told Der Spiegel that the figures were proof Chancellor Angela Merkel, who has long championed the fight against climate change, "says a lot about the climate, but delivers very little."

The new figures came a day after the Organization for Economic Cooperation and Development (OECD) said Germany needed to do more to realize its climate change goals.

The OECD also cited strong economic growth as a challenge to meeting emissions targets. Traffic emissions had increased as well, it said, presenting another problem for the country's ability to meet its commitments.

Read more: Report details how emissions could peak by 2020