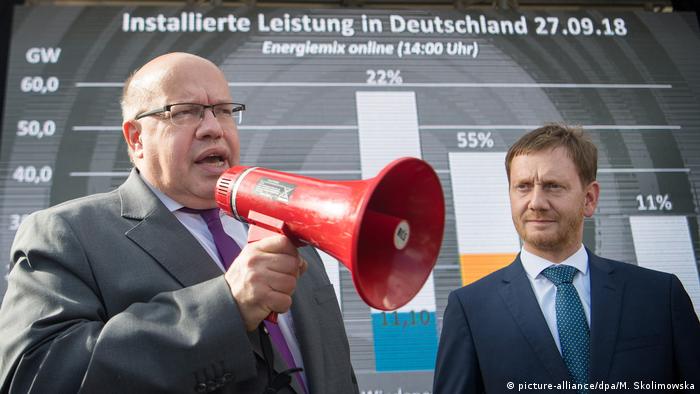 Chancellor Angela Merkel's coalition government would "do everything to ensure that consumers are protected from [retail] power price increases resulting from the switch from coal to renewable energy sources," Altmaier told ZDF television.

"Affordability and reliability in energy supply are, in any case, very high priorities," he said, adding that already in Germany photovoltaic plants had become "significantly cost-effective; in some cases a third less than the prices we paid a few years ago."

Altmaier (pictured left above) said two sets of rapid legislation were needed for Germany's lignite extraction regions – its Rheinland reserves in the western state of North Rhine-Westphalia, its eastern Lausitz region, spanning the states of Saxony and Brandenburg, and brown coal sites in Saxony-Anhalt state.

One legislative set would cover the question of "how do we create new jobs" as well as how the affected regions would be assisted, Altmaier said, stressing that this must be decided "before power stations are switched off."

The second legislative set would specify "when can which power plant be removed from the grid, in which sequence, in which year, so that the lights don't go out, and that power comes out of the socket, and everyone knows that Germany remains a country with a high security of supply." 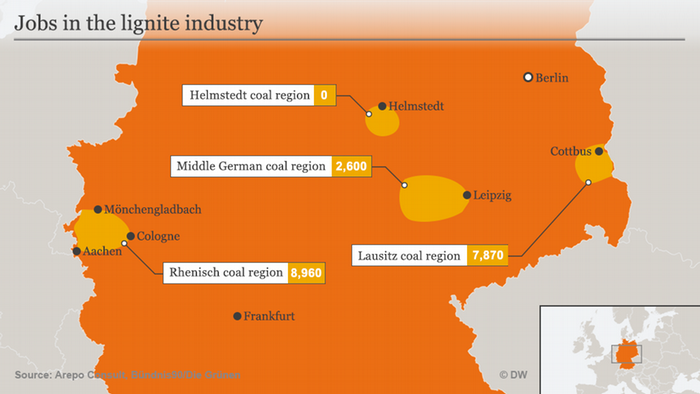 Saxony's premier Michael Kretschmer (picture right above) - like Altmaier a member of Merkel's Christian Democrats (CDU) - said it was vital "in the coming days" that the federal government sought to create legislative certainty by April.

"We need a legislative fixation of these measures," Kretschmer told Dusseldorf's Rheinische Post (RP) newspaper while urging "all other participants" to respect the compromise and "not bring it into question."

"Not to act would be significantly more expensive," said Schulze.

Schmitz said RWE would cooperate with trade unions to ensure that the job cuts were enacted in a "socially responsible manner so that the employees do not become the victims of political decisions." 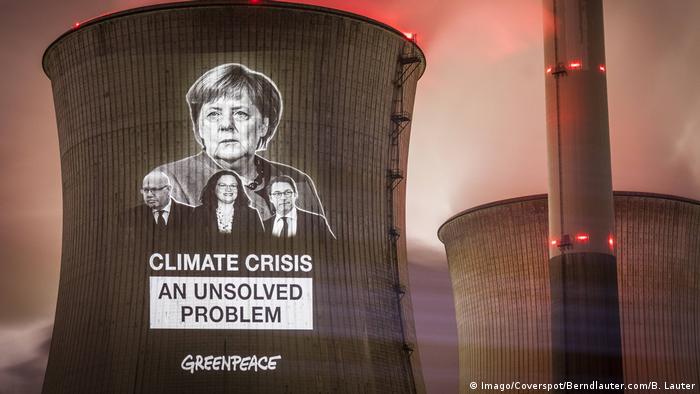 A total of 12.5 gigawatts of power from coal-fired power generation is to be removed from Germany's grid by 2022 under the commission's recommendation.

Without this, Germany would fail to adequately slash fossil-fuel emissions, mainly carbon dioxide, pledged as part of the 2015 Paris UN treaty that is supposed to restrain climate warming to 1.5 degrees Celsius compared to pre-industrial times.

Looking ahead to 2030, further lignite and hard coal plants are to be shut down successively, with the wrap-up deadline of 2038 possibly brought forward to 2035.

An earlier coal exit by 2030 was "preferable," Kiel-based climate researcher Mojib Latif told the Frankfurter Rundschau newspaper, while praising the commission for injecting "movement" into  the coal-exit issue "after years of standstill." 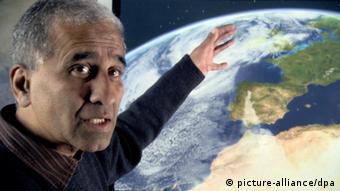 "My hope is that it will be possible to accelerate the momentum in the expansion of renewable energies, in grid expansion and in energy storage," said Latif.

Carbon-dioxide emissions should be priced into energy tariffs to reflect the "true costs of the climate damage produced," said the professor at the Helmholtz Center for Oceanography known as Geomar in Kiel.

Ceremonies have been held to mark the end of 155 years of coal mining at Prosper-Haniel in the industrial Ruhr Valley. RWE's Hambach Garzweiler brown coal, lignite open mine continues to expand. (21.12.2018)