Ceremonies have been held to mark the end of 155 years of coal mining at Prosper-Haniel in the industrial Ruhr Valley. RWE's Hambach Garzweiler brown coal, lignite open mine continues to expand.

For decades, the Prosper-Haniel colliery was the biggest employer in Bottrop, a coal town in the industrial Ruhr Valley.

On Friday the mine was formally closed in the presence of miners and dignitaries from across the country and beyond. President Frank-Walter Steinmeier received the last piece of local coal from one of the miners who had brought it to the surface.

Steinmeier spoke of the role of coal in Germany's history and in shaping the region. Workers had moved to Germany's mines from all over Europe, he said: "With coal, strangers became friends," he remarked. With the end of the mines, the president encouraged people to see a new beginning.

European Commission President Jean-Claude Juncker said: "Coal and prosperity are inseparable. Today we pay our respect for the courage and virtues of the coal miners."

"Without the coal mining industry, parts of [German] history would have been very different," he said.

The Prosper-Haniel colliery ceased production in September. The decision to close had been taken in 2007, when there were 30,000 miners in Germany. By the end of 2017, there were only 5,700 miners left in the whole country, and most of them were in Bottrop.

New businesses have come to the city, including an amusement park and Europe's largest indoor ski slope. Unemployment is about 6.3 percent, above the national average of roughly 5 percent. Just a few hundred former miners will be kept on to dismantle the mine, and then even fewer to monitor the pumps used to keep mine water from groundwater.

German taxpayers have supported the country's coal mines with state subsidies of more than €49 billion ($55.8 billion) since 1998.

While hard coal production has ceased, production of cheaper lignite from the open-cast mine at Hambach Garzweiler near Cologne is continuing, and the area under extraction expanding. 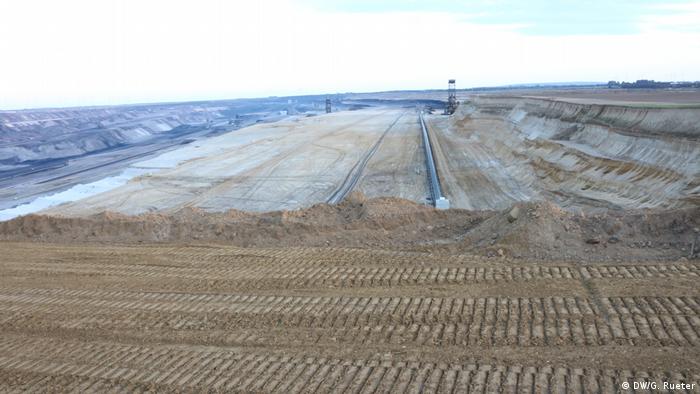 Villages with their churches have been torn down to make way for the extraction site where the brown coal is used in Germany's lignite-fired power plants.

However, pollution and conservation concerns mean Hambach's future is likely to be short, in order for Germany to meet its climate targets for 2030.

The coal commission set up by Chancellor Angela Merkel's government will decide how long the lignite mines should remain in operation.