Germany's federal government has rejected proposals to impose speed limits on the country's autobahn network. Leaked proposals to introduce restrictions had triggered a heated debate in the car-loving country. 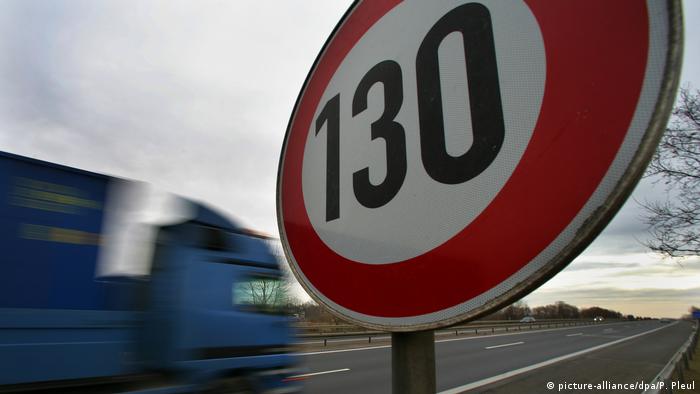 Germany confirmed on Monday the country will not be introducing a speed limit on its autobahn road network anytime soon.

Proposals by a government-appointed committee on the future of mobility to impose a 130 kph (80 mph) limit were recently leaked to the media. Seibert pointed out that the panel had not finished yet. Its proposals are to be finalized by the end of March.

The country's transport minister, Andreas Scheuer, said he vehemently opposes the idea, saying it "goes against all common sense."

The conservative lawmaker told Bild am Sonntag newspaper that the principal of freedom has proven itself. "Whoever wants to drive 120 can drive 120, and those who want to go faster can do that too. Why this constant micromanagement?"

Germany is the only country in Europe with no official speed limit on highways. Some drivers hurtle along at speeds of over 200 kph. However, there are restrictions on some stretches, especially in and around cities and at roadworks.

The country could face EU penalties if it fails to reduce greenhouse gas emissions and poisonous nitrogen oxides. Observers consider the transport sector as a key to meeting emissions reduction targets.