The Fridays for Future climate protests by schoolchildren have divided opinion. Now, a group of parents has come out in support of the youngsters protesting in Germany. 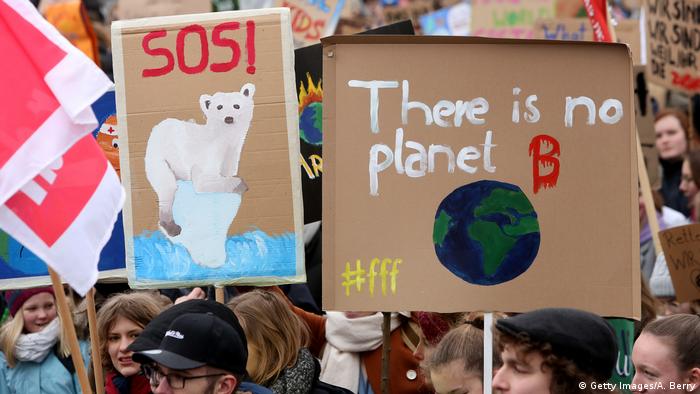 This coming Friday, thousands of youngsters in Germany will once again skip school and take to the streets to protest against global warming, joining a movement that has gained worldwide momentum.

But not everyone supports the campaign. Like Andreas Scheuer of Germany's conservative Bavarian Christian Social Union (CSU) party, who said on Wednesday that "we do not want kids playing hooky from school."

Some parents, however, have now come out in support of the youngsters. One of them is Thomas Stegh, a father of four who lives near the western German city of Cologne. He helped create the Parents of Future initiative (link in German).

"We support our kids and their demands, and explicitly support school strikes," he says.

Both the young and the older activists have a simple demand: They want global leaders to honor the Paris Climate Accord, which was agreed in 2015 by 196 countries in an effort to keep global warming below 2 degrees Celsius. So far, the commitments made by individual countries leave much to desire, making this goal seem ever remoter. That is why the protesters are urging the world's governments to deliver on their promises.

The Fridays for Future climate campaign was initiated by 16-year-old Swedish schoolgirl Greta Thunberg and soon inspired kids all across the globe to join the movement. Like Thomas Stegh's 14-year-old daughter, who in turn invited her dad to join their activist WhatsApp group. 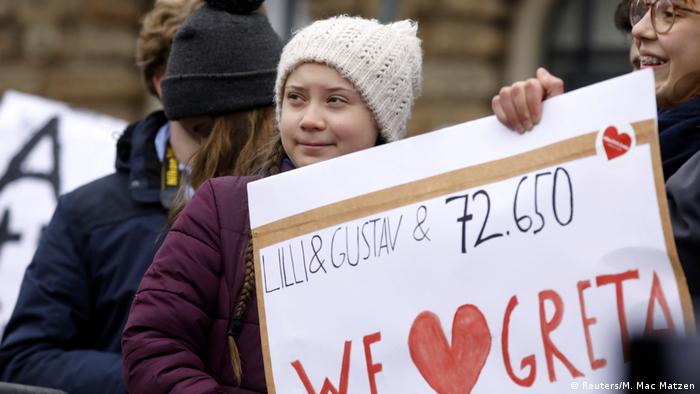 Greta Thunberg in Hamburg: a leading climate activist despite her age

Stegh says he was deeply impressed by the 14- to-18-year-old school pupils' organizational skills and after a while decided to get other parents together to back them and provide moral support.

In mid-February, a number of German parents, grandparents and other adults founded the campaign group to side with the youngsters. In mere weeks, 60 regional groups were established. And more than 14,000 people expressed support for the initiative's demands.

The adults have set their sights on growing their group beyond Germany into an international movement. Their first big goal is to mobilize the greatest number of protesters possible on March 15, when rallies are planned in more than 40 countries.

While the youngsters have been praised for their political activism by some, others have criticized the movement. Indeed, some politicians have even discounted Thunberg's demands because she has been diagnosed with Asperger's Syndrome, a mild form of autism.

The dispute over the Fridays for Future climate campaign and Thunberg herself reveals a serious intergenerational conflict that is not just about how to deal with climate change.

Some already question whether youngsters have a right to protest at all, let alone ditch school for the purpose. In their thinking, young people know little about how the world really works.

But Stegh thinks some politicians may be objecting to kids skipping school as a pretext for dismissing their demands. "The politicians who say such things probably know the schoolchildren are right," he says. "And the scientific community is on the side of the kids."

Stegh knows that a solution must be found for the problem of missed school time. He says schools deal very differently with kids skipping classes to join climate protests. While some will permit their pupils to participate in next Friday's rally, other schools have threatened to collectively punish all kids if some abstain from classes.

But Stegh believes sanctioning schoolchildren is the wrong approach, which is why the Parents for Future group has penned a letter to German schools, urging them to seek mutually accepted solutions to the phenomenon of "striking schoolchildren." 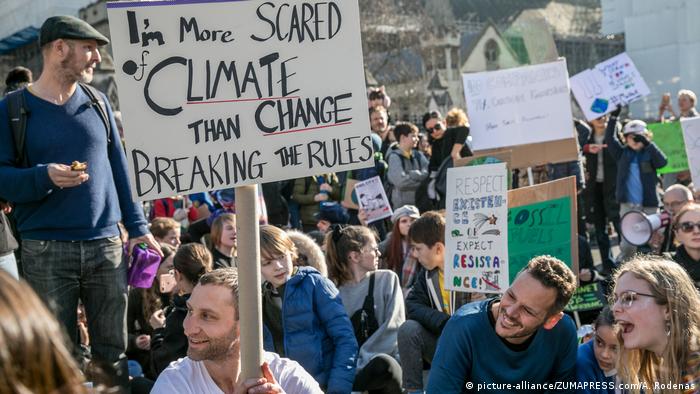 It is not only in Germany that parents are taking up the cause with their children: Parents for Future groups have now been formed in Austria and Sweden as well. In Australia, there is the organization Australian Parents for Climate Action, while in the US, the Climate Parents have been tweeting since 2013 about the necessity of protecting the climate and future of their children.

Stegh is taking next Friday off to demonstrate together with his children for climate protection. Thousands of German schoolchildren will again be skipping classes. And Stegh is sure that many parents, too, will rather take to the streets than go to work.

As students protesting around the world demand action in fighting climate change, one German education minister has said she wants students back in classrooms. She said they could be escorted to class or even expelled. (16.02.2019)