A study has found climate change may cause 90 percent of glaciers in the Alps to melt by the end of the century. It comes after a handful of European states agreed to better protect the Alps against climate change. 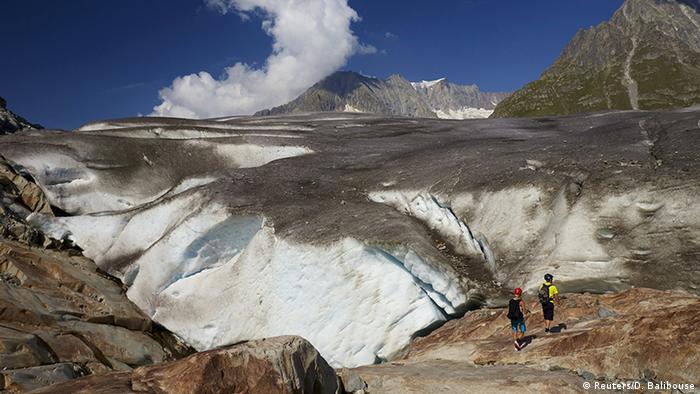 Climate change is causing the world's glaciers to shrink five times faster than they were in the 1960s, losing 369 billion tons of snow and ice each year, according to a study in the journal Nature.

Researchers used ground and satellite measurements to look at 19,000 glaciers, and found that those shrinking fastest are in central Europe, the Caucasus region, western Canada, the US Lower 48 states, New Zealand and near the tropics, with an average loss of more than 1% of their mass per year.

"In these regions, at the current glacier loss rate, the glaciers will not survive the century," said lead author Michael Zemp, director of the World Glacier Monitoring Service at the University of Zurich.

Southwestern Asia is the only region of 19 where glaciers were not shrinking, which Zemp said was due to local climate conditions.

Scientists found that under the conditions of a scenario called RCP 8.5 — essentially a business-as-usual approach where man-made emissions continue to rise throughout the century as the global population grows — the Alps would be almost ice-free in about eight decades.

"In this pessimistic case, the Alps in Europe will be mostly ice free by 2100, with only isolated ice patches remaining at high elevation, representing 5% or less of the present-day ice volume," said Matthias Huss, a researcher at the ETH Zurich university and study co-author.

Under a more hopeful situation where greenhouse gas emissions peak within a few years and rapidly recede towards the century's end — a scenario climatologists call RCP 2.6 — a third of Alpine glacier mass would survive.

RCP  (Representative Concentration Pathway) 8.5 is the most pessimistic of four models used to estimate future global emissions by UN officials and others; RCP 2.6 is the most optimistic.

There are more than 4,000 glaciers throughout the Alps, which provide seasonal water to millions and form some of Europe's most stunning landscapes.

Glaciers grow in winter and shrink in summer, but as the Earth has become warmer, the glaciers are growing less and shrinking more. Zemp said warmer summer temperatures were the main reason glaciers were shrinking faster.

Better protection for the Alps

The study comes within a week of a summit in Bavaria focusing on how to better protect the Alps from climate change.

"The Alpine region is a highly sensitive ecosystem and at the same time home, economic and recreational space for millions of people," Söder said.

On Wednesday and Thursday an Alpine Conference was also held in the Austrian city of Innsbruck, at which the parties to the Alpine Convention adopted the "Climate-neutral Alps 2050" range of targets.

The parties to the Alpine Convention — Germany, Austria, France, Italy, Liechtenstein, Monaco, Switzerland, Slovenia and the European Union — said the alpine climate-neutral goal was to be achieved with measures in the areas of transport, tourism, energy production and agriculture.

10 places for winter sports in Germany