The disintegrating Greenland ice sheet is the leading cause of global sea level rise. And, according to a new study, it's melting faster than it ever has in recorded history. 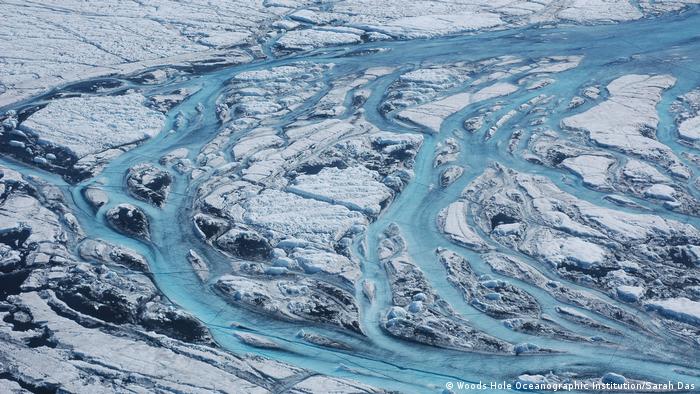 Greenland may be a remote and scarcely populated island, but, as a new study highlights, deep environmental changes happening there are having consequences for the entire globe.

The world's largest island is a vital cog in the planet's climate system — 80 percent of it is covered in ice, known as the Greenland ice sheet.

Although it's well known that this ice has been gradually melting over time — adding 1.3 millimeters (about .05 of an inch) to global sea levels each year — researchers have now confirmed that the melt is accelerating at an alarming rate.

The new report, published on Wednesday in Nature, maps the pace of the melting ice over 350 years. It shows that melting has rapidly increased over the last few decades — it is 50 percent faster today than it was in the preindustrial era. 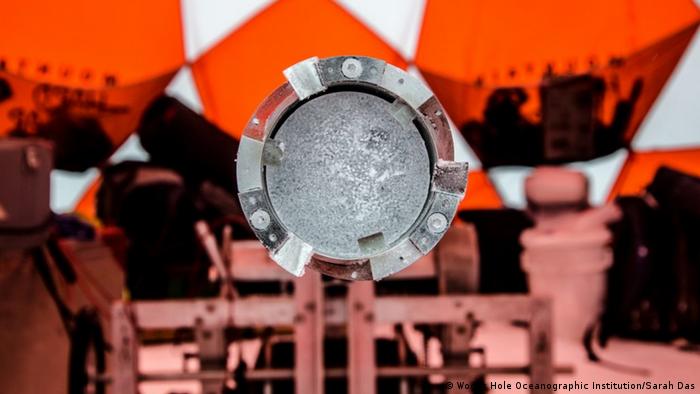 While we know that Earth is warming and its frozen regions are melting, so far it hasn't been clear whether or not the rate at which specific regions like Greenland are melting is unusual; records simply don't go back far enough.

Our understanding of Greenland's melting has largely been based on satellite observations and has lacked a historical long-term perspective, Luke Trusel, the lead author of the study, told DW.

"We have a great understanding of how it's changing today, but we needed to put these observations in a longer-term context," Trusel said.

Using a drill to extract core samples from the ice sheet itself, the research team was able to extend records for Greenland ice melt back to 1650. They found that melt and runoff from the ice sheet have recently accelerated beyond the range of past variability.

As Trusel explained, this means melting of the ice sheet has been relatively steady in the past, and has only rapidly increased over the past few decades.

"It's now increased to levels we haven't seen before, at least in the last few centuries and probably not in the last 8,000 years," he said.

"The changes we're seeing today are exceptional and unprecedented in a longer-term context." Researchers have described this rise in melting as "nonlinear," because for every degree of global warming melting increases at a disproportional rate. Greenland ice sheet melt is now "outpacing" warming, Trusel said.

For example: in the past, 1 degree Celsius (1.8 degrees Fahrenheit) of warming might have had little or no impact on the ice sheet, but today the same amount of warming produces twice as much melt, or more.

Alun Hubbard, a professor of glaciology at Aberystwyth University, said researching these trends over the long term is incredibly important to understanding global warming.

It's also particularly valuable in combating climate change skepticism, he added. "It's really important to show that what's happened in the last couple of decades is something very different and very new," he said.

The Greenland ice sheet is as big as the US state of Alaska and now melting at an unprecedented rate; if it were to melt away, it could raise global sea levels by 7 meters (23 feet).

At the moment, conservative estimates of global sea level rise predict an additional half a meter or more by the end of the century. According to Hubbard, even an increase of half a meter is "a terrible disaster for humanity — especially coastal regions of the planet."

But sea level rise wouldn't be the only consequence. The vast expanse of ice also moderates temperatures by reflecting a significant amount of the sun's energy back into space. And because of its position in the North Atlantic, its meltwater runoff regulates ocean circulation patterns.

A rapid melting of the ice sheet and the subsequent release of large amounts of freshwater would likely change the circulation system of the North Atlantic, having a huge impact on Europe's climate and global ocean circulation patterns.

"Warming means more today than it did in the past," Trusel said. "What we do now and in the future is critically important for how much Greenland will melt and how quickly it will contribute to sea level rise."

Researchers believe that a 1-kilometer-wide iron meteorite caused the 31-kilometer-wide impact crater, perhaps as little as 12,000 years ago. It's the first such crater found under any of Earth's ice sheets. (15.11.2018)

In the wake of the latest tsunami to hit the Indonesian coast, research shows how even slight sea-level rises linked to climate change could significantly increase the devastating effects of tidal waves. (03.10.2018)

Living Planet: To the ends of the Earth