Arctic warmer than much of Europe is a worrying sign of climate change | Environment | All topics from climate change to conservation | DW | 27.02.2018

As frigid air sweeps across Europe, the Arctic itself is seeing an unprecedented warm spell. What's going on and does it relate to global warming? 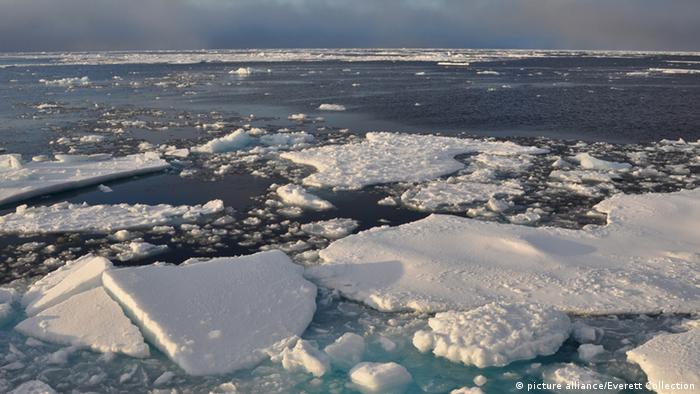 "Freezing cold 'Siberian Express' is roaring towards Britain," screamed the front page of the Daily Express newspaper last Friday as a cold front, the so-called "Beast from the East," battered its way west.

By the weekend, snow and temperatures of minus 5 degrees Celsius (23 degrees Fahrenheit) had hit Britain, while cities like Rome in southern Italy had transformed into a winter wonderland. This came soon after Moscow experienced a record whiteout during the "snowfall of the century."

But the weather situation looked very different high up in the polar ice cap, where it's actually supposed to be freezing cold. In northernmost Greenland, it was 6 degrees Celsius above zero on Sunday. And it's consistently been above zero for the last fortnight. Arctic sea ice has also been retreating at record rates.

"It's really quite remarkable for February, when it's dark permanently," said Ruth Mottram, a climate scientist for the Danish Meteorological Institute, which has been mapping average temperatures in the far northern Arctic.

Over the pole from Europe, nearly a third of the ice covering the Bering Sea to the west of Alaska has also disappeared. But this was no gradual process; the ice retreated over an astonishing eight days in mid-February, according to a report by Inside Climate News.

At a time when sea ice is supposed to be experiencing peak winter growth, coverage in the Bering Sea is now 60 percent below its 1981 to 2010 average.

"Wacky weather continues with scary strength and persistence," Lars Kaleschke, professor for sea ice remote sensing at the University of Hamburg, wrote in a tweet. He added that he hadn't seen such temperatures in his 25 years of research.

But what's causing the freakish Arctic warmth? And how does this relate with the European freeze?

The predominant theory revolves around a weakening of the so-called polar vortex — that is, the mass of freezing air held together above the Arctic during winter. That is also regulated by the jet stream — which itself has become irregular, due likely at least in part to climate change.

This is causing the polar vortex to break up and split, the result being a mass of cold air moving south to Europe and North America.

But such "intrusion events" are happening with increasing frequency, says Adamson. And they "are linked to increased temperatures and reduced sea ice cover."

Global warming may be to blame.

"There is now a large and strong body of evidence that the major changes we are seeing are linked to climate change," Adamson said. "Changes in one part of the ocean-atmosphere system can have major impacts on another."

Mottram agrees. While the polar vortex split is to some extent a normal weather event, the recent storms bringing warming air up the east and west Greenland coast "are being pumped up, probably by climate change," she said.

The warmer atmosphere is ultimately contributing to the increased frequency of these storms, and to the consistent weakening of the polar vortex.

Due to the extraordinary warmth, current sea ice cover in the Arctic is at its lowest level on record for this time of year. 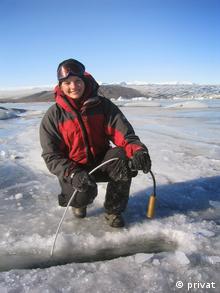 Furthermore, there is open water north of Greenland where old, thick ice once stood. "This is extraordinary, it very very rarely happens," says Mottran.

Last August, Adamson wrote about the largest ever wildfire in Greenland, an event she partly attributed to climate change. Since 80 percent of Greenland is covered in ice, it also helps to moderate global temperatures by reflecting the sun's radiation.

As the Arctic warms at twice the rate as the rest of the planet, permafrost has also been thawing — which could unleash a feedback loop.

Newly exposed and dried out peat and biomass from thawed permafrost releases a large amount of climate change-inducing carbon, especially when it starts to to burn.

This is one of numerous consequences around a warming Arctic. Shrinking sea ice also results in the loss of habitat and prey for animals like polar bears and seals.

Many also fear that less ice will leave the North Pole vulnerable to increased shipping, and therefore more mining and fishing.

With the circulation and weather patterns in the Arctic "going almost backwards," according to Mottram, it's a compelling — albeit worrying — time for researchers on the frontline of climate change.

"It's very interesting being an Arctic scientist at the moment," she says. "But sometimes you really wish it would be a little more boring."

Animals that grow a white coat in winter are at risk from predators as summers lengthen and snow cover retreats. But they could evolve faster than you might expect, according to a new study. (15.02.2018)

New research suggests the Gulf Stream system that grants Europe and parts of North America its temperate climate cannot weather global warming. Should we be worried? (11.01.2017)

Freezing rain and heavy snow has killed one person in Moscow and downed over 2,000 trees. Almost half a meter of snow covered the Russian capital within 24 hours — the heaviest amount logged since weather records began. (05.02.2018)