Why is the Arctic melting faster than the Antarctic? | Environment | All topics from climate change to conservation | DW | 14.06.2017

A recent report says the Arctic may be ice-free by 2040. The Antarctic is also melting, albeit far slower, and in a less regular pattern. Why do the two poles react so differently in the face of climate change? 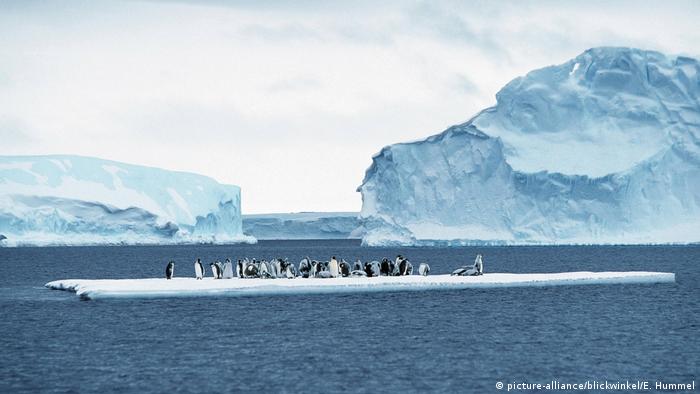 First, the bad news: The Arctic is melting much faster than expected, and could even be ice-free in summer by the late 2030s, a report from the Arctic Council's Arctic Monitoring and Assessment Program suggests. Previous studies had forecast an ice-free North Pole in summer by mid-century.

While the outlook is bleak for the Arctic, there is a silver lining for the Antarctic: The ice is melting at a slower rate than previously thought. Although glacier flow has increased since the 1990s, scientists from University of Leeds have found the melting rate to be only around a third of what was previously projected.

But the Antarctic is still melting. And a rapidly advancing crack in its fourth-largest ice shelf could soon see one of the largest icebergs ever recorded in human history break off into the sea.

Scientists agree that global warming causes both the ice in the North and the South Pole to melt. Air temperatures are climbing, and so are water temperatures. This makes the ice melt faster. The period of winter where the water is actually cold enough to freeze is getting shorter, which means ice floes are getting smaller.

Because the Arctic and Antarctic are cold, remote, and full of ice, they are often thought of as nearly the same. However, they are in fact quite different.

The first and most visible difference are the animals that call the frosty lands their home. Each polar extreme has a unique biome with many species that only survive there. Polar bears live in the Arctic and penguins only in the Antarctic, for example. 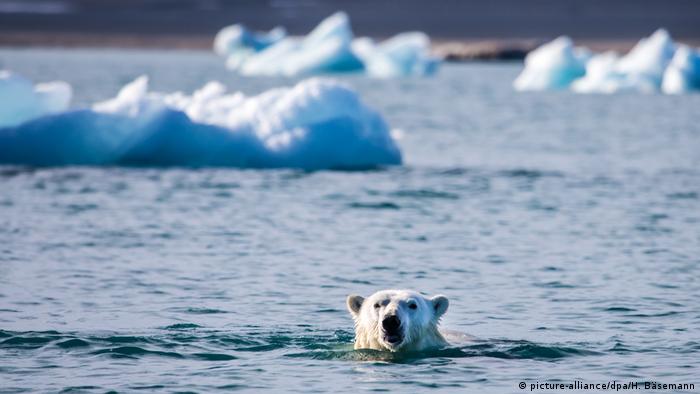 The second striking contrast is geography. The Arctic is a semi-enclosed ocean and almost completely surrounded by land. This means there is not much space for ice to float around. As a result, ice floes frequently bump into each other and pile up into thick ridges.

The Antarctic is almost the geographic opposite of the Arctic - not just because it's on the other side of the world. The Antarctic consists of land surrounded by an ocean. The sea ice is free to move, and often floats northward into warmer waters where it eventually melts during the southern hemisphere's summer months.

Growth and thaw of the ice is part of the annual cycle, and small fluctuations in the level of sea ice are normal. But scientists have observed a constant loss of sea ice in both the Arctic and Antarctic since the early 1970s.

While the Antarctic has also lost sea ice, scientists discovered that ice is growing in other places. As glaciers in West Antarctica have melted, heavy snowfall in East Antarctica and the interior of West Antarctica led to an increase in ice sheets.

The Antarctic seems to be growing and melting at the same time. But overall, is it expanding or shrinking? This is the part that scientists don't agree about.

According to data by the NASA, gains in ice have outweighed the losses from thinning glaciers from 1992 to 2008.

Recent research by the University of Bristol, however, contradicts NASA's findings. The scientists claim in a study published early May that the gains in ice were three times smaller than suggested, and that the "Antarctica, as a whole, has been contributing to sea level rise."

Why do scientists find conflicting data?

This is due to differing methodologies, as well as a general lack of data.

Researchers started observing the Antarctic via satellite images in the late 1970s. That's not enough time to understand a complex system like the Antarctic, says Ted Scambos, a scientist at the National Snow and Ice Data Center, a research institute affiliated with the University of Colorado.

"The Antarctic system is highly variable. It's easily pushed around by changes of ocean temperatures and changes in the wind pattern," Scambos told DW. "Trends are not easily detected; we need a lot more time for that."

The Antarctic was long regarded to be immune to global warming. But Scambos believes that the response of the planet's southernmost continent is just slower than that of the Arctic.

While it might be too early to see a trend, recent headlines are worrying. Levels of sea ice is fluctuating strongly at both the Arctic and the Antarctic. In February, sea ice was at a record low both in the Arctic and Antarctic.

A view over our changing poles

With its operation IceBridge, NASA is currently conducting research flights over the Arctic to monitor ice loss. The photos are spectacular - and worrisome. (07.04.2017)

Heat and cold records in the Antarctic have now been officially confirmed by the World Meteorological Organization. What do we gain from the news? Primarily, certainty for assessing climatic changes correctly. (06.03.2017)