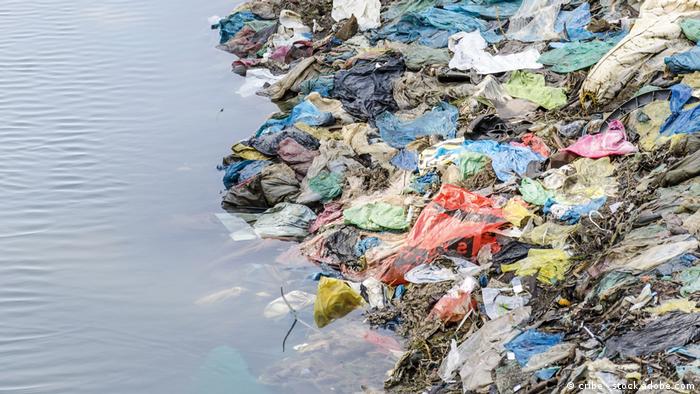 People are more aware than ever that plastic — one of the most ubiquitous products in the global economy — is not good for the environment. It trashes the ocean, harms wildlife and even ends up in our food and hurts human health.

But here is something you might not know: the plastic industry is the second largest and fastest-growing source of industrial greenhouse gas emissions, and 99% of what goes into plastic is derived from fossil fuels. It's a byproduct of oil, coal and gas and a key contributor to CO2 emissions, as highlighted in a new report from the Center of International Environmental Law (CIEL).

If the expansion of petrochemical and plastics production continues as currently planned, the report outlines that by 2050 plastic will be responsible for 10 to 13% of the total "carbon budget" — which is the amount of CO2 we can emit globally and still remain below a 1.5 degree Celsius temperature rise.

Plastic's hastening of global warming is not often linked to its environmental footprint. Here are five things to know about the role plastic plays in climate change.

1. Most plastic comes from fossil fuels

Plastics are effectively a byproduct of fossil fuel extraction. Almost all plastic, the CIEL researchers found, — including resins, fibers and additives — is derived from fossil fuels. The materials used to make plastic, like ethylene and propylene, come from oil, gas and coal. 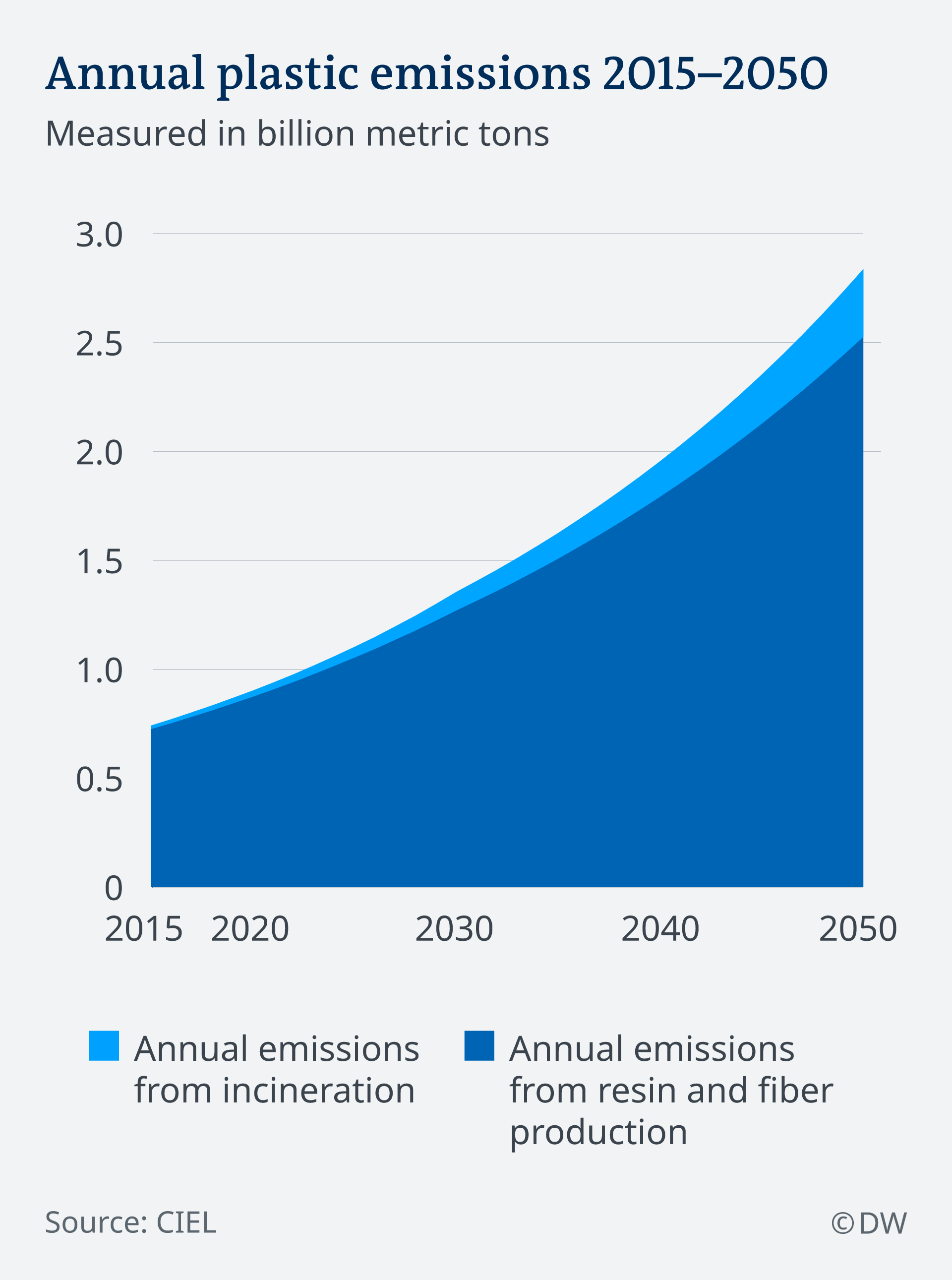 As Carroll Muffett, lead author of the CIEL report, points out, producing plastic is how the fossil fuel industry is able to "take what would otherwise be a waste stream and turn it into a profit stream."

Each stage in the "plastic life-cycle" produces greenhouse gas emissions, the researchers found. This includes: the extraction and transportation of fossil fuels used to formulate plastic, its refinement and manufacture, the management of plastic waste and its disposal.

In 2019 alone, researchers estimate that the production and incineration of plastic will contribute more than 850 million tons of greenhouse gases to the atmosphere. Incineration is particularly harmful, and is the number one driver of emissions from plastic waste management. 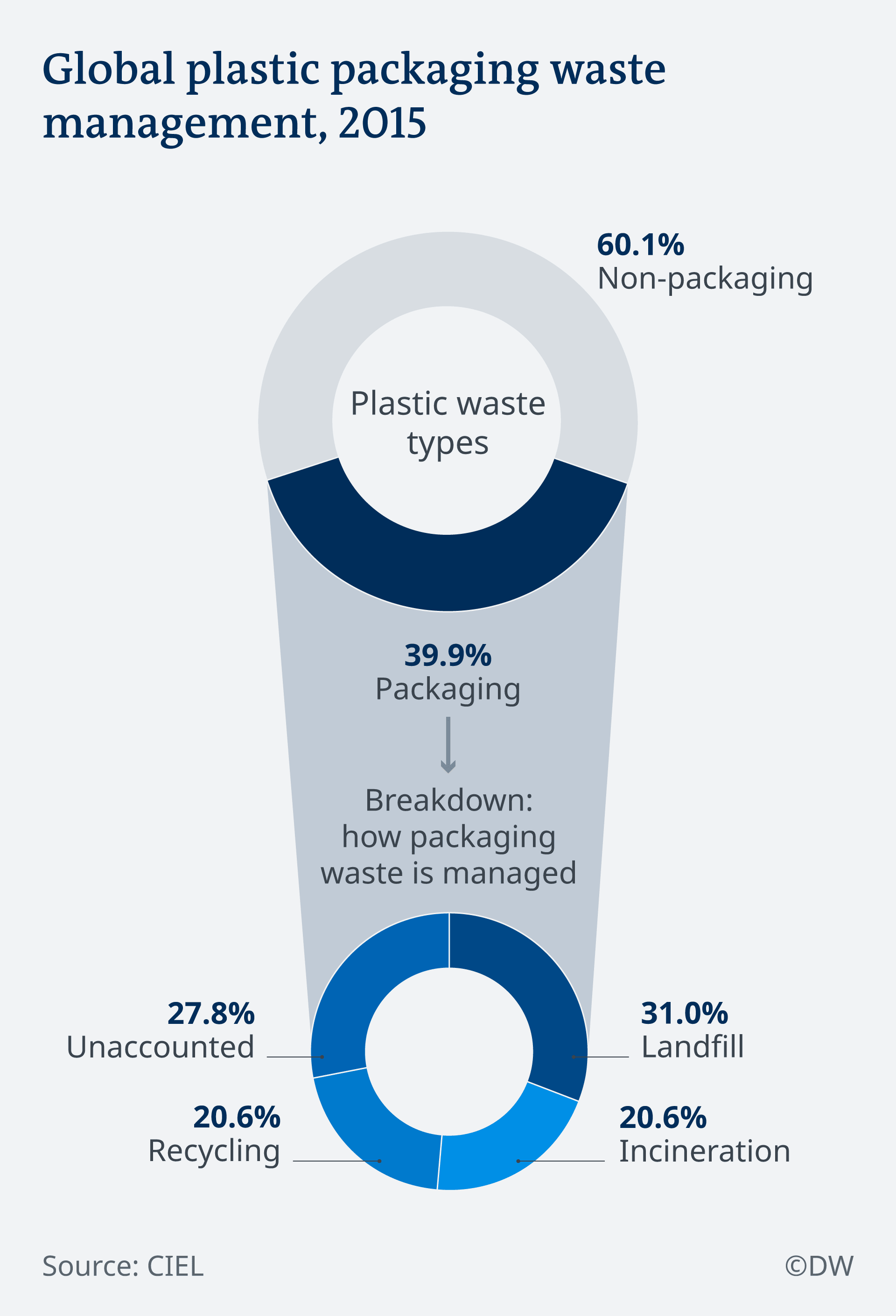 Over the next 10 years, the report projected that emissions from the plastics lifecycle could reach 1.34 gigatons per year — equivalent to the emissions from more than 295 500-megawatt coal-fired power plants operating at full capacity.

Although in Germany, for example, plastic production decreased by 3.1% in 2018 (mostly due to a slump in the demand for cars) and parts of the world have introduced plastic bans, it's on the rise worldwide.

"A​​​​s they see the world moving away from an energy economy based on oil and gas, these companies are increasingly relying on a shift into plastics and other petrochemicals for their long-term business strength," he told DW. 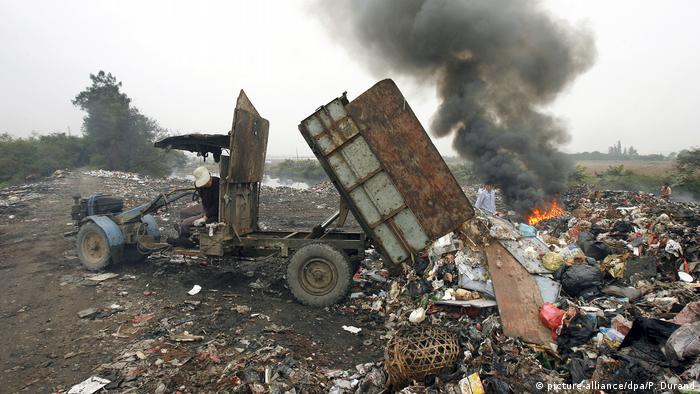 And although the UN has just introduced global rules to stop unrestricted plastic waste exports, which Muffett says will make it harder for many countries to hide their plastic waste problem, he adds there is still a lot of room for removing unnecessary plastic from people's lives in the first place.

By now, plastic is virtually inescapable throughout every corner of the globe. It's now been found in the deepest place on earth — the Mariana Trench — on the deepest dive ever made by a human inside a submarine, nearly 11 kilometers (about 7 miles) below sea level.

And early research shows it could have an impact on the oceanic carbon sink. There's increasing evidence, the CIEL researchers found, of microplastic being consumed by plankton. These creatures not only "form the base of the oceanic carbon chains," but also provide the "single most important mechanism for absorbing atmospheric carbon and transporting it to deep-ocean carbon sinks," the report said.

The world's oceans provide the largest natural carbon sink for greenhouse gases, having absorbed 30-50 percent of atmospheric CO2 produced since the start of the industrial era. If microplastics were to disrupt the ability for underwater ecosystems to absorb carbon, it could seriously compromise efforts to stop global warming. 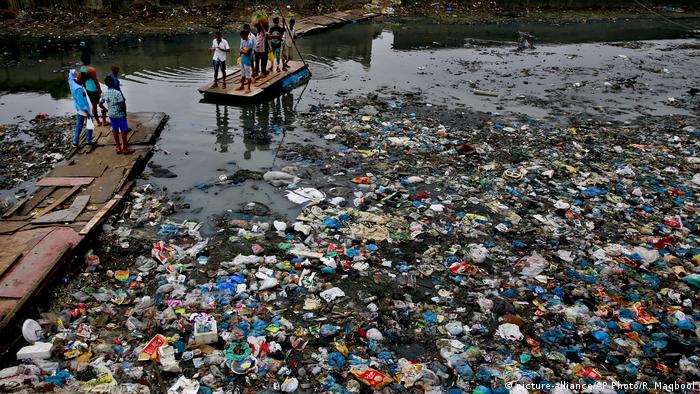 Despite total plastic waste bans in some countries, plastic production is on the rise worldwide

5. 'We can't recycle our way out of the plastic crisis'

The production and proliferation of plastic is deeply industrialized. It's cheap, sturdy and lightweight, and has transformed the way we consume. That's why eliminating plastic requires some big changes.

Rick Stafford, professor of marine biology from the University of Bournemouth, says battling climate change and the plastic crisis requires a re-thinking of the capitalist mindset of overconsumption. "We're using too much, whether that's fossil fuels or whether that's just stuff which is made out of plastic. And that's a change more people will have to grasp," he told DW.

But as Muffett points out, plastic is also a robust business model for big corporations.

This doesn't mean there is no point in trying to cut down the plastics we use on a daily basis — the CIEL report lists zero-waste communities as a high-impact strategy to stop plastic's climate change affect — but it does require change on an industrial scale.

"We encourage people to do what you can to get unnecessary plastics out of your own lives, but don't be fooled that those individual actions alone will be sufficient to address this problem."

We won't "be able to recycle our way out of the plastics crisis," Muffett said.

In fact, the only way to address the plastic crisis, he adds, "is to A) stop producing the fossil fuels that are the primary feedstocks for plastic and B) to stop producing single use disposable plastics that we don't need."

Giant petrochemical companies have announced a wealthy alliance to tackle plastic pollution. But there's little talk of scaling back production to help the environment. (04.02.2019)