Warning: Smoking kills you — and the planet | Environment | All topics from climate change to conservation | DW | 25.02.2019

Health warnings for smokers have never been clearer. But what about the health of the planet? Cigarette butts are the most common item of single-use plastic waste in the world — and that's only one piece of the puzzle. 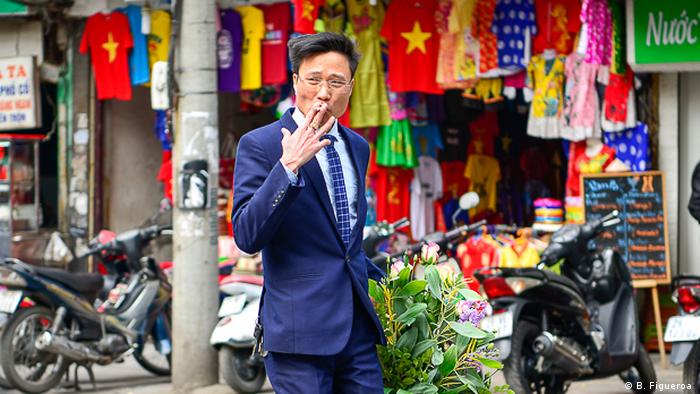 We all know that smoking is bad for us. But how many of us know how bad it is for the planet?

From the moment its seeds go into the ground to the moment its dried and shredded leaves are set alight by the world's 1.1 billion smokers, tobacco leaves a trail of untold destruction. Researchers from Imperial College London found that the industry's annual carbon footprint is almost twice that of Wales.

Growing tobacco and drying the leaves — the so-called curing — accounts for more than 75 percent of tobacco's carbon footprint. It requires plenty of land, water and energy, as well as pesticides and fertilizers, which pollute nearby rivers and groundwater, and degrade the soil.

Although a minor offender compared to big names of global deforestation, such as palm oil trees or soybean crops, tobacco "has a great impact at the local level, for instance in Tanzania," Sonja von Eichborn, director of the anti-tobacco non-governmental organization Unfairtobacco, told DW.

There, she said, tobacco is responsible for up to 6 percent of annual deforestation, and that figure looks set to increase. In Pakistan, however, the  WHO says plantations already account for almost 27 percent of yearly deforestation. 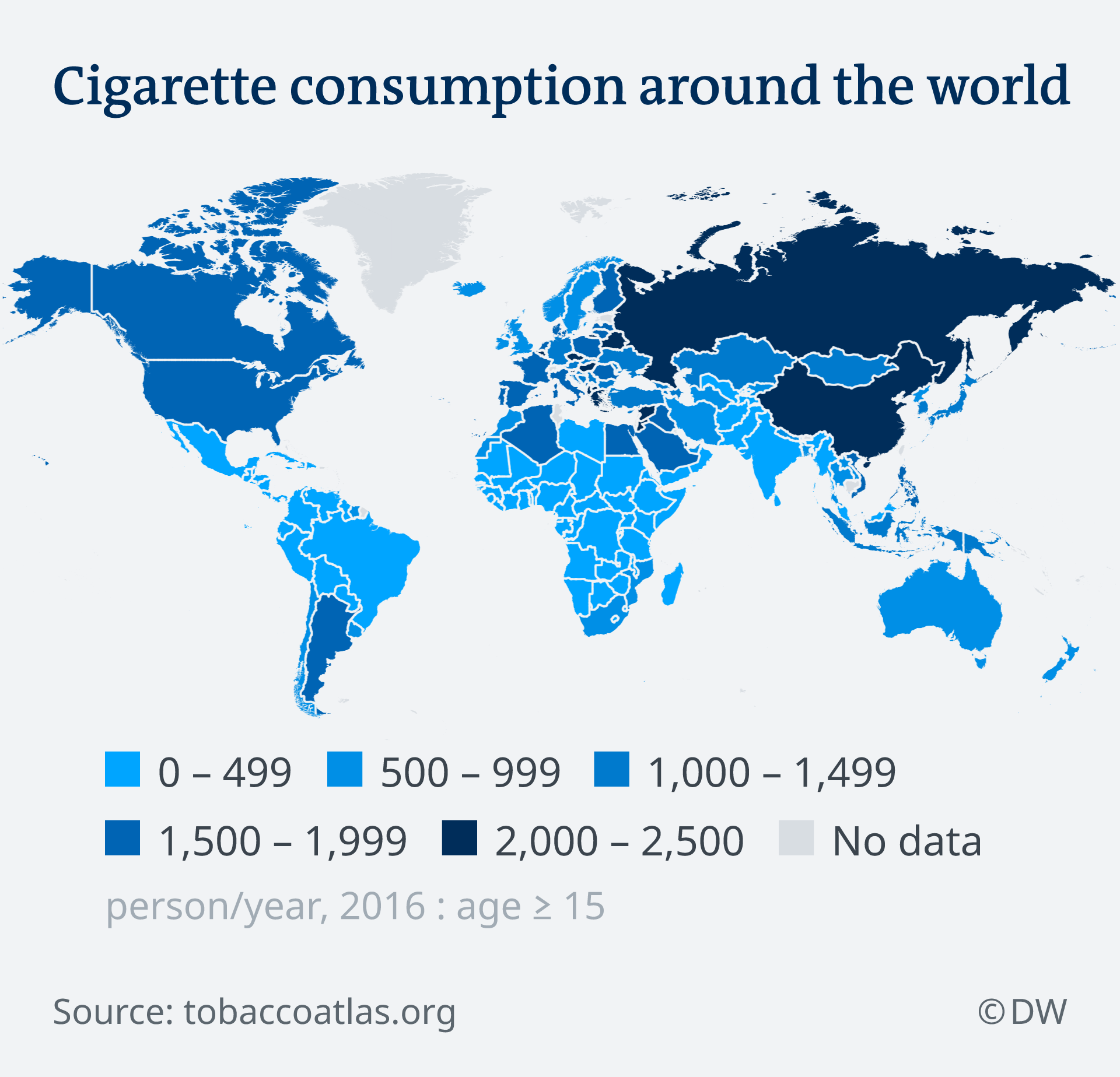 The transportation and manufacture of cigarettes adds to the toxic equation. According to Unfairtobacco, the industry uses 2.4 million metric tons of cigarette paper and cartons for packaging every year.

And then there are the butts themselves. Of the nearly 6 trillion cigarettes smoked each year, 4.5 trillion are discarded in the open.

The United Nations Environment Program (UNEP) says they are, in fact, the most common single-use plastic found in the environment.

Made from a non-biodegradable type of plastic, stubs can take a decade to disintegrate, during which time, the wind or rain can easily sweep them into rivers and oceans where they leach toxic chemicals such as acetic acid and arsenic. 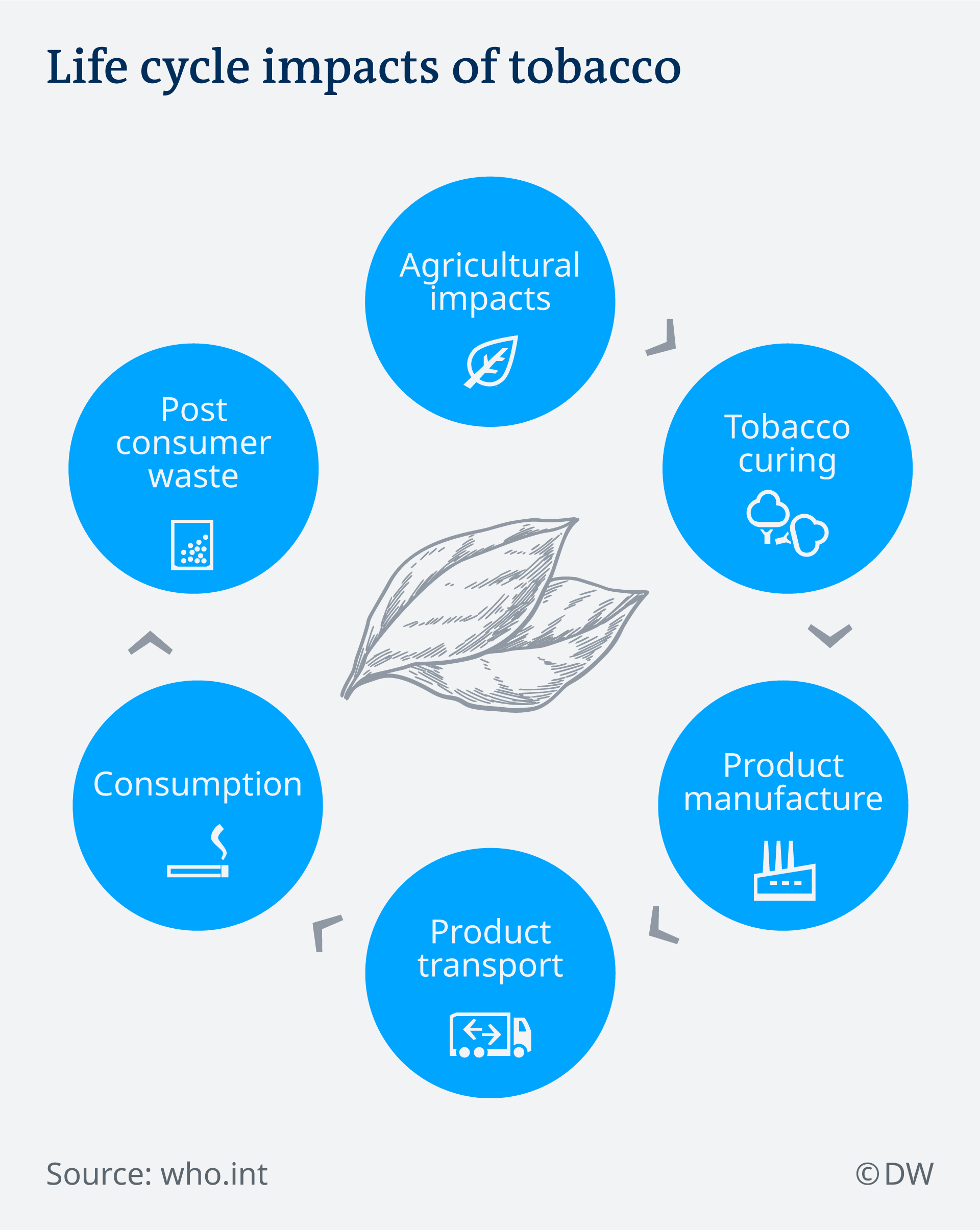 The European Parliament says a single cigarette butt can pollute up to 1,000 liters of water with toxic substances, which can then find their way back into our food chain. And they invariably top the list of most littered items in urban and coastal clean-ups, representing between 30 and 40 percent of all items collected every year.

But vast quantities of stubs also remain in our gutters. While some cities around the world fine offenders — in Paris, tossing a butt in the street costs €68 euros (about $77), in London up to £150 (about €172) — von Eichborn believes the tobacco industry should be taking greater responsibility for the waste.

"Governments must ensure that tobacco companies take full account of their environmental impact," she said.

The European Union is trying to push for something along those lines. Once approved, the new EU directive on single-use plastics will make tobacco manufacturers responsible for the cost of collecting cigarette butts and providing public ashtrays. 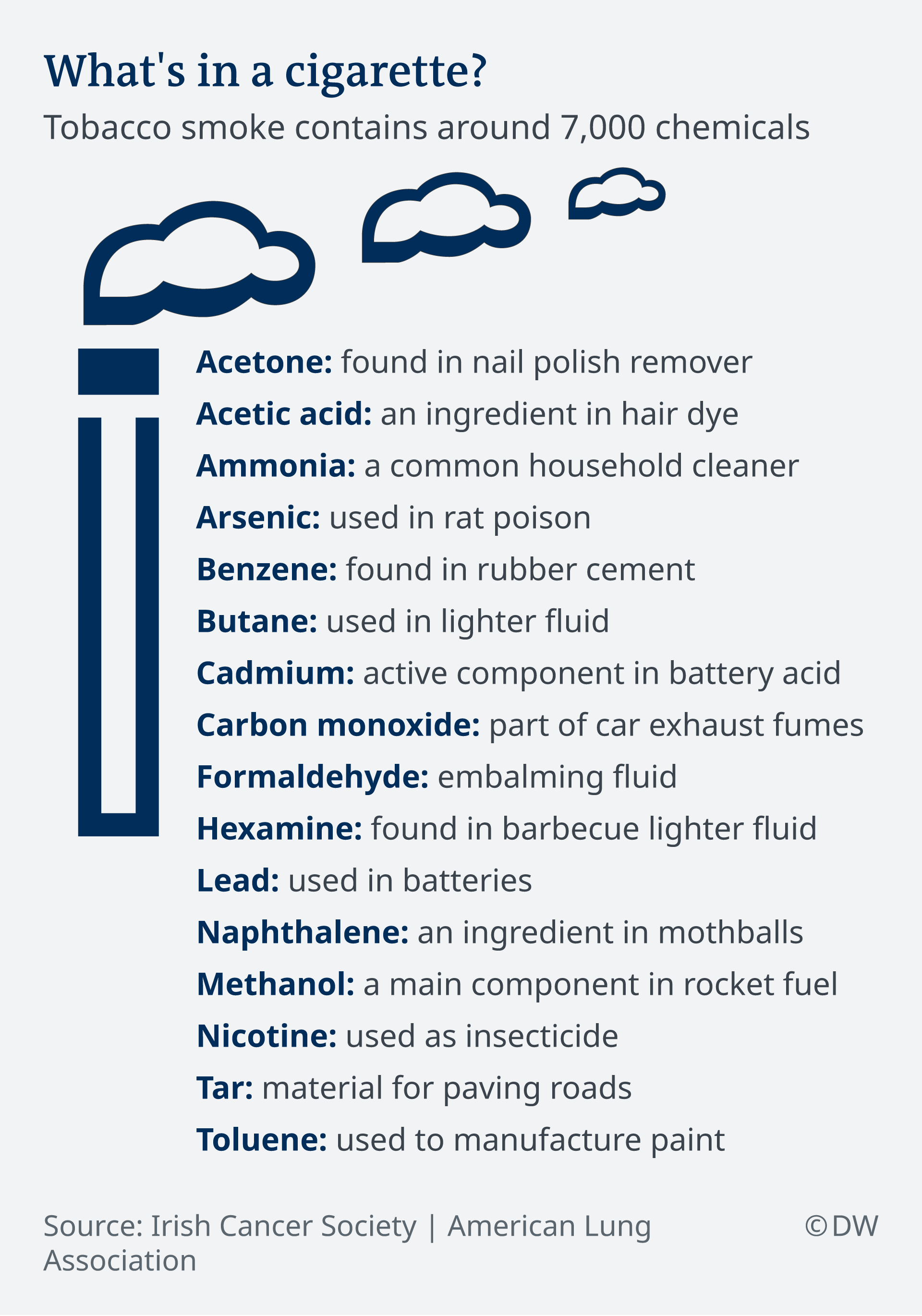 Alisdair Gray, director of the Confederation of European Community Cigarette Manufacturers (CECCM) told DW in an email that the group "takes note" of the development and maintains a "commitment to ensure a significant reduction in the impact of litter on the environment."

But he refrained from offering further comment before the official approval of the directive, and declined to answer DW's request for more detailed information on exactly how the industry plans to help reduce waste.

Prasad, who believes the solution lies in reducing demand for tobacco by means of tough legislation and policy measures, says the EU will also soon require the industry to replace synthetic filters with biodegradable ones.

"Alternatives to plastic filters are already available," he said. The US-based research company Greenbutts, for instance, has created a filter made from natural materials, such as hemp and cotton, which rapidly degrades.

Nonetheless, von Eichborn stresses the need to keep a close watch on the manufacturers. "The tobacco industry is known for its tactics to undermine public health policies," and they'll do the same with environmental ones, she said.

Although for some, the easiest way around the damaging nature of cigarettes is to reach for their electronic alternatives, and though e-cigarettes contain fewer carcinogenic substances than their traditional counterparts, the long-term health impacts of using them is not yet known.

Neither is the impact of their waste on the environment. EU legislators say they've been unable to regulate disposal yet due to lack of data, but the many materials, including plastic and glass, and toxic substances, such as nicotine, won't make recycling easy.

"The most critical is to create a mechanism to look at how e-cigarettes are being disposed of," Prasad said. "We should now decide how to treat it as toxic waste."

Failure to act quickly has environmentalists worried that it's only a matter of time before e-cigarettes and old-fashioned butts are found discarded side by side on beaches around the world.

Living Planet: Plastic cleanups: better for the planet or our conscience?