After 12 days of negotiations under the auspices of the United Nations, countries have agreed to treat plastic as hazardous waste. Germany is considering a ban that would go even further. 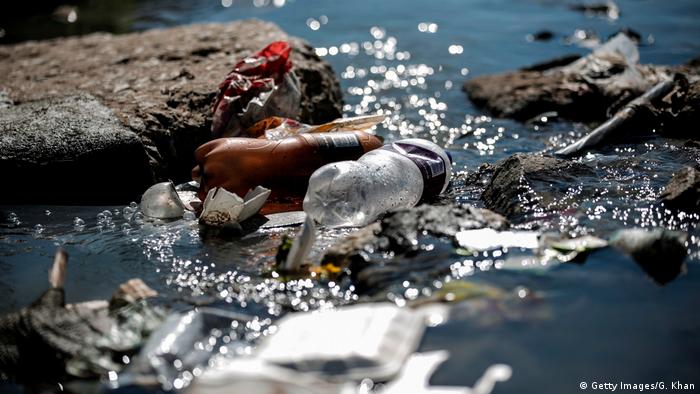 Almost every country in the world, except the United States, agreed to a deal on Friday that would sharply reduce the amount of plastic being washed into the world's oceans.

The legally binding framework for reducing plastic waste means countries will have to monitor and track thousands of types of plastic waste outside their borders.

The deal was struck after 1,400 representatives met for 12 days of discussions at a United Nations Environment Program meeting in Geneva. The deal essentially updates the 1989 Basel Convention on the control of hazardous waste to include plastic. The US signed the Basel Convention in 1990 but never ratified it.

"It's sending a very strong political signal to the rest of the world — to the private sector, to the consumer market — that we need to do something," Rolph Payet of the United Nations Environment Program said. "Countries have decided to do something which will translate into real action on the ground."

IPEN umbrella group science adviser Sara Brosche said: "For far too long developed countries like the US and Canada have been exporting their mixed toxic plastic wastes to developing Asian countries claiming it would be recycled in the receiving country. Instead, much of this contaminated mixed waste cannot be recycled and is instead dumped or burned, or finds its way into the ocean."

Meanwhile, German Development Minister Gerd Müller has called for a ban on plastic bags in Germany, in part to reduce the exports of waste to developing countries.

"The ban on plastic straws is not enough," Müller told the Augsburger Allgemeine newspaper. "Germany should not wait for Europe and should immediately ban disposable plastic bags."

The CSU politician noted that some African countries had already banned plastic bags: "We must do what Rwanda, Kenya and Uganda have done."

"Stricter export laws under the Basel Convention are a big step forward and an effective instrument in fighting the increasing amount of waste in the ocean," German Environment Minister Svenja Schulze said on Saturday.

Schulze also said that the new rules could help put an end to the export of plastic waste from the EU to Africa and Asia, and that Europe and Germany are responsible for sorting and recycling plastic waste.

On Thursday in Berlin, Müller gave the go-ahead for Germany to join a new, international waste alliance, to which 30 companies, research institutions and organizations already belong.

Among them are Nestlé and Coca-Cola, the Green Dot recycling scheme, several universities and the environmental protection group WWF. Other partners include Indonesia and Ghana.

The alliance is called "Prevent," and its core concern is preventing waste. "Waste is becoming a global survival issue like climate change," said Müller.

Plastic waste in the sea is set to increase tenfold and with current trends, by 2050, there may be more plastic than fish in the oceans. Today, 2 billion people live in areas without garbage collection. "The poorest of the poor suffer the most," said Müller. 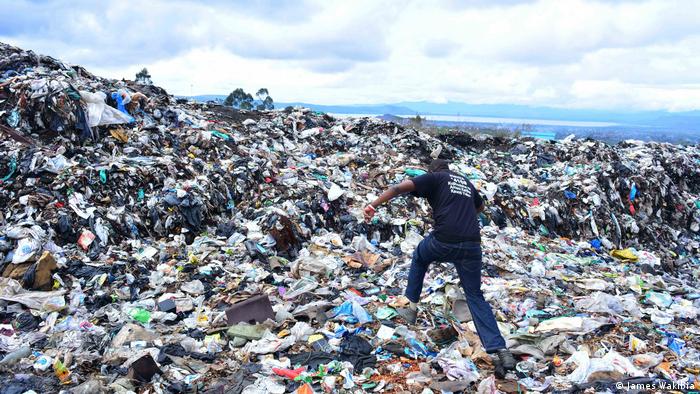 Müller says the members of the alliance now want to find ways of reducing as much waste as possible. "Because if we continue in this way, we will drown in rubbish," he said.

German technology could play an important role in the fight against the global waste problem, the minister said, and this in turn could lead to job creation.

The German government wants to ensure that only sorted and easily recyclable plastic waste can be sold abroad.

Nations have agreed to "significantly" curb items such as plastic bags and straws by 2030. Environmentalist groups warn the measures don't go far enough, with the US reportedly blocking efforts for more radical action. (15.03.2019)