Manfred Weber said that the next generations will face "immense problems" if the EU and the world do not take drastic action against single-use plastic. The conservative has ambitions to succeed Jean-Claude Juncker. 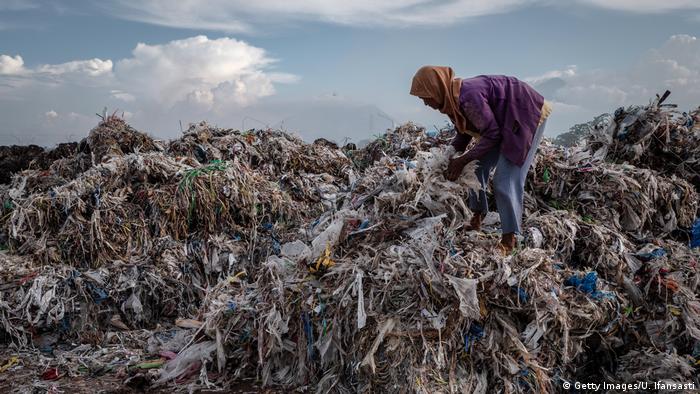 Germany's conservative candidate for EU parliamentary elections, Manfred Weber, has spoken out in support of a global ban on single-use plastic. Weber spoke about his views on plastics and pollution with German newspaper Bild am Sonntag, on Sunday.

Weber is the current parliamentary leader of the European People's Party (EPP) in the EU Parliament and is affiliated with Angela Merkel's Christian democratic CDU party and its sister Bavarian party CSU.

The conservative EU lawmaker has also declared his ambition to succeed Jean-Claude Juncker as president of the European Commission later this year. 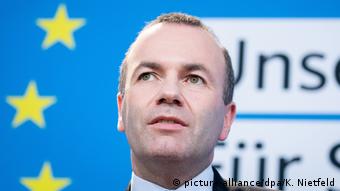 Weber: World will face "immense problems" if we don't act quickly on plastics

"We have just banned single-use plastics in the EU, but that is not enough," Weber said.

"If we don't globally act quickly and decisively against the polluting of seas through plastic, the next generation will face immense problems," he warned. "I will propose a global treaty to ban single-use plastics."

Weber has sought to tackle the environment and climate change in his campaign for the European election. Recently, he met with young activist Greta Thunberg, who has been at the forefront of the student movement dubbed "Fridays for Future." The movement originated in Sweden and has spread throughout Europe.

"It is great that young people stand up for their future and we are proud Europe is leading by example with the Paris agreement," Weber said in a tweet about his conversation with Thunberg.

Weber also spoke to Bild am Sonntag about plans to tackle youth unemployment within the bloc. "We must not be cold in Germany, when in the southern part of the continent a lost generation is threatened," he said, acknowledging the disparity of opportunity between the wealthier and poorer nations of the EU.

The Eurpoean Parliament has released its final voter projection ahead of its May 23-26 European elections. If Britain takes part after all, euroskeptic groups are set for a significant boost. (18.04.2019)

Germany's high court has accelerated the enfranchisement of tens of thousands of adults with intellectual disabilities, allowing them to vote next month in the EU parliamentary election. (16.04.2019)