Germany's high court has accelerated the enfranchisement of tens of thousands of adults with intellectual disabilities, allowing them to vote next month in the EU parliamentary election. 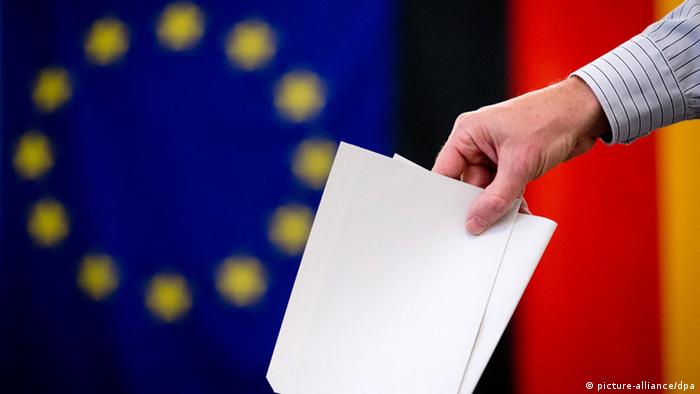 More than 80,000 intellectually and mentally disabled German adults gained the right to vote and will be able to cast their first ballot in this year's European elections.

The enfranchisement came from an urgent motion ruling by the German Constitutional Court on Monday. It applies to individuals with a court-ordered guardian, which helps with all areas of their life due to a mental or intellectual impairment.

But also included are people convicted of offenses that were found incapable of criminal responsibility and have been placed in a psychiatric clinic as a result.

The road to enfranchisement

Germany's opposition parties in parliament, the Greens, Left and the liberal FDP, had all backed the legal challenge to grant people with intellectual and mental disability the right to vote.

In January, the high court announced that existing rules that excluded intellectually disabled people outright from exercising their right to vote was unconstitutional.

Following the ruling, Germany's Bundestag introduced legislation in March, but the ruling grand coalition of Chancellor Angela Merkel's Christian Democrats, sister party Christian Social Union, and junior partner Social Democrats stopped short of enacting the change. At issue was a disagreement on whether or not the enfranchisement should go into effect in time for the European elections on May 26.

Read more: No jobs for the disabled in the EU?

Verena Bentele, the president of the social welfare association VdK Germany, was among the critics of the grand coalition's stance. "There cannot be bureaucratic hurdles when it comes to safeguarding fundamental rights," she said before Monday's ruling.

The assistance organization "Lebenshilfe" celebrated the ruling. "This is another great success for the disabled and for democracy in Germany. Finally there is an end to discrimination in electoral law."

Germany's top court is deciding on an urgent motion to grant voting rights to tens of thousands of disabled people ahead of next month's European elections. Opposition parties say time is running out. (15.04.2019)

Germany's top court has found that the country's electoral law discriminates against the disabled. More than 80,000 people requiring full-time care are currently excluded from European and federal elections. (21.02.2019)