People with disabilities run the risk of being excluded from jobs - discrimination still happens in many European countries. Cedric Hocepied, who's deaf, knows that all too well. Maria Christoph reports from Brussels. 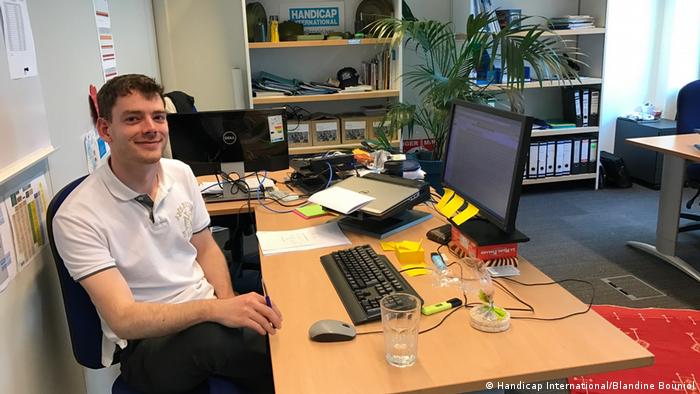 When Cedric Hocepied, 26, thinks back to the time he was in high school, his eyes darken. Situations would often end with the same conclusion, he recalls. "They never thought I could make it."

"Making it" for Cedric meant finishing high school, carving out a career, finding a good job.

But he consistently gets rejected when applying for jobs in his field.

Only every second person with a disability in the EU has a job - compare that to 70 percent of people who are not disabled.

The legal situation differs within the EU which makes it complicated for companies which operate internationally. In Germany companies with more than 20 employees are obliged to give five percent of their jobs to people with disabilities. If they don't live up to that standard, they have to pay fines. Many simply ignore those requirements and pay up. 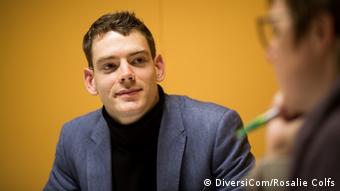 Cedric struggled to find a job despite his many qualifications

In Belgium there are different quotas in every region. In Hungary there are no legal requirements. According to Eurostat, Hungary has the lowest employment rate of people with disabilities.

Young people with disabilities leave school at an earlier age compared to those who are not disabled. Many of them live on the fringes of society. Poverty and social exclusion are part of their daily lives.

But even the highly qualified are desperately looking for a job - just like Cedric.

"Access to the labor market is one of the biggest challenges for disabled people," says Christian Wigand, 38, Commission spokesperson for employment and social affairs.

Current figures are alarming, he says. "It must be the EU's mission to improve, simplify and standardize the framework," he added.

The Commission came up with a draft law in 2015 which should ensure accessibility to products and services to people with disabilities - something that was introduced in the US in 2010. The "European Accessibility Act" is part of the "European Disability Strategy (2010-2020)" which has shown success in making the internet and apps more accessible to disabled people, according to Wigand.

Matching people with the right companies

But laws and sanctions are not sufficient, says Marie-Laure Jonet, 41. She says people need to be willing to include people with disabilities. Three years ago she established the social enterprise "DiversiCom" where she advises and assists people like Cedric, but also employers.

"Companies fear to lose their public reputation when the cooperation doesn't work out," she said. They lack knowledge on technical and financial assistance when they employ a disabled person.

The team of four was able to match 170 people with employers in the last two years; they have 50 local and international partners such as L'Oréal, Solvay and Accenture. 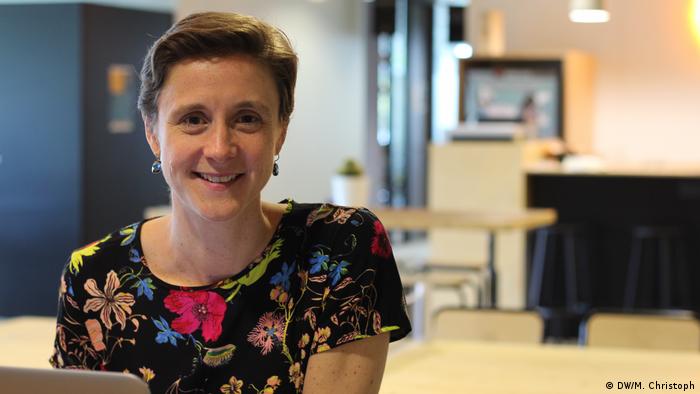 Jonet who founded DiversiCom, tries to find jobs for people with disabilities

"Nowadays companies no longer only do business, but have a social mission too," Jonet said. "They have to incorporate social responsibility also in human resources."

But society should be farther along and not still be preoccupied with the fight against discrimination, she added.

Cedrics disability is not visible from the outside. Meeting him for the first time, one doesn't even notice the small microphone behind his right ear. It is the so-called cochlear implant - a surgically implanted electronic device that provides a sense of sound to Cedric.

When Cedric talks to someone he does not take his eyes off that person's lips. He has to concentrate on every word the other person says. The 26-year-old cannot make phone calls; it is tough for him to follow meetings. Small talk between colleagues in the hallway is not for him.

But Cedric has developed other skills. "I can get information, analyze and synthesize very fast. I adapt also very quickly to new devices, environments or unfamiliar tasks," he said.

With "DiversiCom" Cedric recently found a job that suits him. He has a special contract with the NGO "Handicap International" which is partly financed by the government. The organization fights for equal rights of disabled people around the globe, but Cedric is the only person with a disability in their Brussels team.

"It was a big change for us too - we were really excited to have him," said spokesperson Diana Vanderheyde.

Cedric now works as an arms advocacy assistant. The advocacy team had to turn their tables and chairs so that Cedric can see the faces of his colleagues when they talk to each other.