The number of Kosovars seeking asylum in the EU has drastically increased. It poses a challenge to recipient countries in the region, including Germany, and is on the agenda at Kosovo-Serbia talks in Brussels. 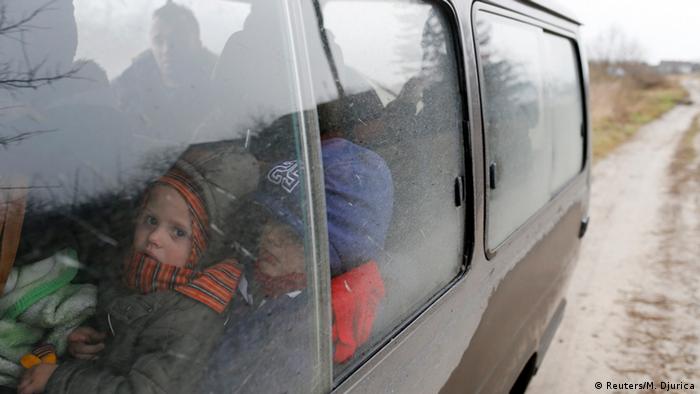 Seven years after declaration of independence from Serbia, Kosovo is seeing a dramatic rise in the number of its citizens leaving to escape unemployment and poverty.

According to the UN, 35 percent of people in Kosovo are unemployed and nearly 30 percent of the country lives in poverty. It is estimated that more than 30,000 people have left the country in the last two months, transiting illegally into EU member Hungary via Serbia.

Many of those seeking more economic opportunities come to Germany. German figures released on Monday, February 9 show a significant increase in asylum applications from Kosovars - from 1,956 applications in December to 3,630 in January.

The jump has prompted the German embassy in Pristina to warn of a "mass exodus" of Kosovars bound for Germany. According to a report from Sunday's Bild am Sonntag newspaper, the embassy has urged Berlin to act fast, and try to put the brakes on people leaving one of Europe's poorest regions.

The embassy's warning is said to call for "quick action from federal and state governments," and asks the question "can we stop the avalanche?"

But Germany has now prioritized Kosovar applications and tries to process them within 10 days, though many of them are rejected, according to the Federal Office for Migration and Refugees (BAMF).

The president of BAMF, Manfred Schmidt, told DW that not only had applications from Kosovo had more than doubled from December to January, but over the past year - from January 2014 to January 2015 - there had been a 572-percent increase in the number of asylum applications.

"But their hope of finding a better life in Germany is in vain, as the recognition rate of asylum applications from Kosovar citizens is close to nil," Schmidt said.

"We know that the economic situation is difficult in Kosovo. But poverty alone, according to the Geneva Convention, is not sufficient grounds for asylum - neither in Germany nor in other EU countries," Schmidt said.

Trip made in vain

The flow of migrants out of Kosovo has been a lucrative operation for people smugglers, according to Vilma Filaj-Ballvora, head of DW's Albanian service.

"Every day, hundreds of Kosovo Albanians travel by buses to Hungary, and are then smuggled across the border," in collusion with bribed Serbian and Hungarian police, Filaj-Ballvora says. Most of the migrants pay over a thousand euros to be taken to the west.

The situation has also caused worry in Hungary. Antal Rogan, a top ally of Prime Minister Viktor Orban, called on the government to do more, namely to "shut its gates."

Last Friday, Kosovo President Arifete Jahjaga visited the town of Vushtrri, where many people board buses to get out of the country. She called on Kosovars to "carry the weight of building" their country, saying "the solution is not to run away."

Kosovo itself is also worried about the wave of emigration, Filaj-Ballvora pointed out. 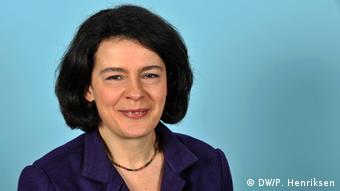 "It is alarming that around 20,000 Kosovars have fled Kosovo each month since September 2014," especially considering that Kosovo is a country of just under 2 million inhabitants.

She said one of Germany's concerns was the financial burden the refugees posed, even if only for a short time: "If you consider that Germany is responsible for providing food and shelter to these people while their asylum applications are being processed - no matter whether they are declined in the end or not."

No perspective from politics

In addition to economic push factors, many Kosovars are frustrated with their country's politics. Two weeks ago, Kosovo saw its most significant unrest since declaration of independence from Serbia. The two days of protests began peacefully but ended in clashes between crowds and police.

The opposition demonstrators were angry at the government's perceived acquiescence to Serbia, following a sudden backdown of plans to nationalize the territory's largest mine, Trepca.

The protests also came after ethnic Serb politician Aleksandar Jablanovic made a statement that insulted the ethnic Albanian majority. Jablanovic, one of three Serb ministers in Prime Minister Isa Mustafa's 21-member cabinet, was later sacked. His Serb List party responded by threatening to quit their participation in the government.

Filaj-Ballvora says the threat of a long-term political crisis means many Kosovars are no longer willing to wait on the promise of jobs and a better future in their own homeland.

"People want some perspective. And they see that in Europe. People are dissatisfied with the conditions in their country. Kosovo is still the poorhouse of Europe. There is a lack of jobs and economic reforms, and corruption is widespread," said Filaj-Ballvora.

On Monday, the Serbian and Kosovo prime ministers will resume EU-brokered talks in Brussels, aimed at normalizing relations. It follows a 10-month break in negotiations, and will be the first since both took office last year.

Filaj-Ballvora says "nothing spectacular" is expected from the talks, but says the leaders will "try to find solutions to problems that would help the lives of citizens."

"The exodus of Albanians and the Serbian party government boycott are all indications that problems need to be addressed."