The number of people seeking asylum in Germany continues to grow. According to the Interior Ministry, more than 25,000 people applied for special status in the country in January alone. 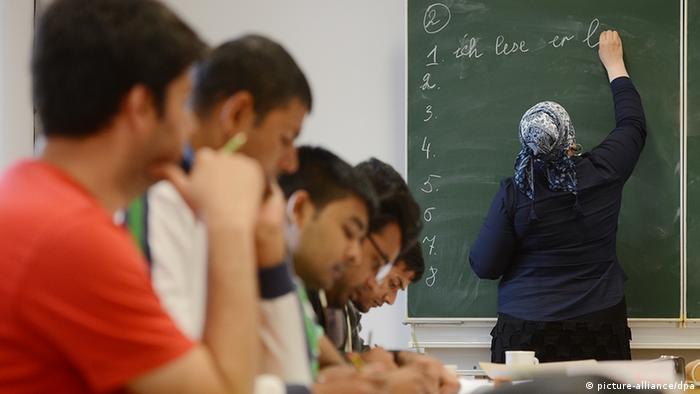 In January, 25,042 people applied for asylum status through Germany's Federal Office for Migration and Refugees (BAMF), the Interior Ministry announced Monday in Berlin. The total includes 21,679 first-time applications and 3,363 follow-ups. That represents an increase of 73 percent over January 2014 and 23 percent over December 2014.

There has already been a decision on almost 18,000 of the applications made in January. Forty-four percent were accepted as refugees, and the government has prohibited the deportation of 137 more applicants. The applications of just over a quarter were rejected.

In 2014, Germany received 203,000 applications for asylum, 60 percent higher than in 2013 - the third-highest total in national history and more than any other EU country last year. Applications for asylum in Germany were only higher in the early 1990s, when Soviet-style communist regimes dissolved across Europe, but the country itself reunified.

A plurality of applicants, 5,530, were fleeing Syria. Kosovo had the next highest number, with 3,630 citizens seeking asylum, followed closely by its neighbor to the north, Serbia, and Albania. Certain Balkan countries have been deemed "safe" by BAMF and have this seen fewer applications receive asylum status in Germany.

A significant number of applicants also came from Afghanistan and Iraq, two countries that slipped into near civil war after their invasion by forces allied with the United States in the past decade and a half. Iraq has also become one front of the multinational war fought by the “Islamic State” group, which was begun by inmates in the US-run prison at Camp Bucca and has gone on to take significant swaths of land in neighboring Syria.

Headed by Manfred Schmidt, BAMF has accelerated its review procedures for asylum applications. In 2013, Germany initiated a series of measures to make migration easier for those who sought to live in the country.

Last year, a minor scandal emerged when it was reported that a German intelligence agency was trying to use asylum applicants as criminal informants.