Overview of German and European asylum policy | Germany | News and in-depth reporting from Berlin and beyond | DW | 06.11.2014

Germany is reforming its asylum policy legislation, and EU-wide regulations are also being debated. Here is an overview of the new propositions and the key issues under discussion. 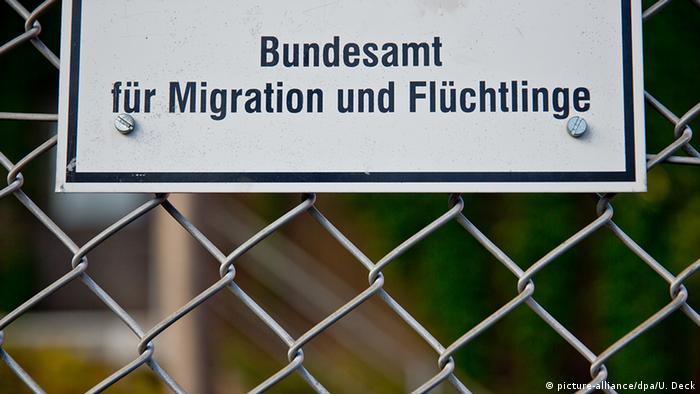 Regional and global crises, whether wars and civil wars in the Middle East, or the effects of climate change on economic and social structures in African countries, are forcing more and more people around the world to flee their homes. The majority of these people remain in their regions of origin. However, the countries of the European Union also face considerable challenges dealing with those who manage to get to Europe. In Germany, the pressure is primarily on local authorities, who have to accommodate the refugees. Many regulations to date have ignored the reality of the situation. Political parties and organizations are now working on adapting administrative structures to respond to changing needs, and the German parliament is debating legislative changes.

The Federal Office for Migration and Refugees (BAMF) anticipates that Germany will soon be receiving 200,000 new asylum applications a year – almost twice the number of refugees who came to Germany in 2013. Last year, according to the EU's statistics office, Eurostat, 435,000 asylum seekers were registered across the EU, 70 percent of whom were taken in by Germany, Italy, Britain, Sweden and France. More than a quarter were allotted to Germany. However, if one compares the proportion of refugees to the host country's population, Sweden and Malta are the main destination countries.

Criticism of the Dublin system 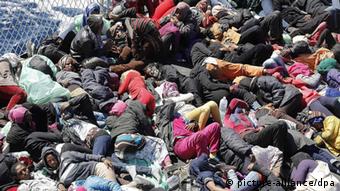 Current EU regulations require refugees to apply for asylum in the country where they first entered the EU. This places an exceptional burden on the peripheral countries. The large number of people fleeing across the Mediterranean has meant that Italy, for example, has started simply allowing them to move on. The EU employs security forces and has in some places erected fences to try to ensure that its external borders are almost insurmountable. However, in doing so, it is also blocking the safe escape routes for displaced persons – and this is incompatible with humanitarian-oriented asylum laws.

A debate has flared within the EU concerning fairer distribution of refugees. Germany's Minister of the Interior, Thomas de Maiziere, has proposed that every country in the union should take in a number of asylum seekers proportionate to its population. This would be good for Italy and Germany, but would place a greater burden on other member states. The chances of this attempt succeeding are therefore very slim.

People seeking asylum in Germany are confronted with a whole series of conditions that are intended to act as a deterrent. Two years ago, Germany's Federal Constitutional Court established that it is impossible for asylum seekers to live a humane existence on the benefits currently provided by law. As a result, refugees are to be better provided for – but not, however, so well as to create "incentives for migratory movement", as the Federal Office for Migration and Refugees (BAMF) puts it. In future, according to the so-called Asylum Seekers Benefits Act, contributions will be calculated on the basis of current, statistically-established requirement levels – meaning that benefits will be significantly higher than before. There are also plans to provide better healthcare for refugees.

Money instead of payment in kind

After their initial detention in a reception center, it is recommended that, in future, refugees should be paid in cash. Until now, some federal states have for the most part simply been giving them essential commodities or vouchers. Furthermore, asylum seekers will no longer have to wait four years before receiving a similar status and level of support to recipients of social welfare. Children and young people will receive money right from the start, taken from the Family Ministry's education and integration package, which was set aside to support poor families. 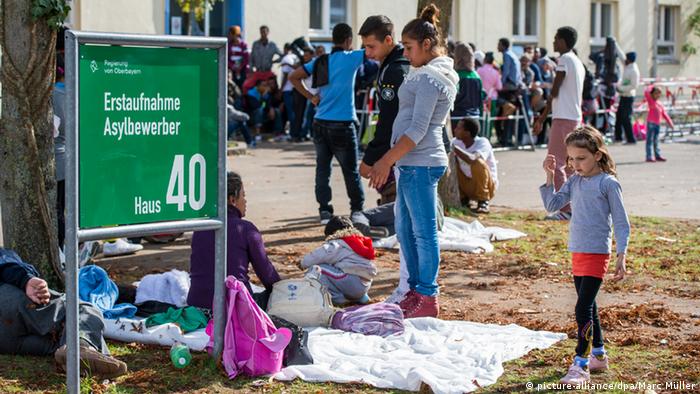 A reception center for refugees in Germany

The new law envisages that refugees should be allowed to work three months after submitting their asylum application. Until now they have had to wait nine months. One regulation remains: It should not be possible to find a suitable German or EU citizen to do the job. This now needs to be proven for only 15 months instead of four years, and this "labor market test" will not apply to asylum seekers who are qualified skilled workers. However, social associations and many employers are complaining that it is still too restrictive. They want to utilize the potential manpower and qualifications that are still being blocked.

Until now, refugees have always had to remain in a specified place in Germany, which created problems, for example if they wanted to visit relatives in another German state. This residency obligation will now cease to apply after three months.

The question of cost

The problem of how to accommodate all the people seeking asylum in Germany remains a growing problem. This is why there is now discussion of simplifying the planning and building regulations for refugee accommodations so that asylum seekers can also be put up in peripheral regions and industrial zones. The Asylum Seekers Benefits Act places the burden of cost for the accommodation on individual states and local authorities, and they say this is pushing them to the limits of their capacities. Many reports are currently appearing in the media about alarming living conditions in rundown and badly furnished accommodation.

About 30 percent of refugees and asylum seekers are considered traumatized. Unfortunately, the trauma doesn't always stop upon reaching Germany. (15.10.2014)