Italy: New government could soften stance on immigration | Europe | News and current affairs from around the continent | DW | 11.09.2019

Italy's new Interior Minister Lamorgese is seen as a moderate who may re-open ports to rescue vessels, but PM Conte wants the EU to show more solidarity with Italy in return. Bernd Riegert reports from Brussels. 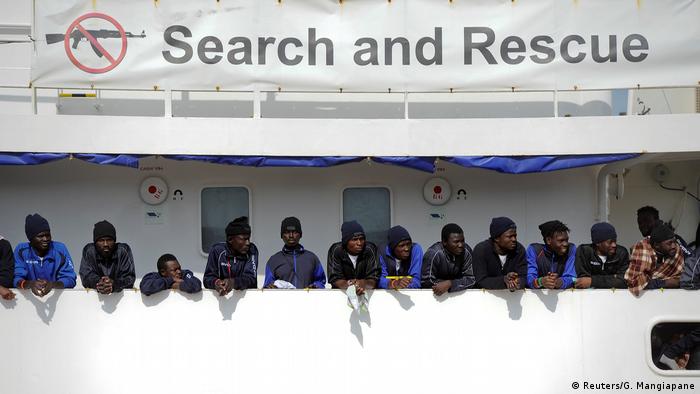 One day after being confirmed as Italy's prime minister by a coalition of populists and socialists, Giuseppe Conte has traveled to Brussels, where he is meeting the new President of the European Commission, Ursula von der Leyen, to discuss issues including Italy's approach to immigration.

Conte has repeatedly announced his desire to adopt a "responsible, accurate and structured" approach to immigration. The prime minister wants to crack down on illegal migration and human smuggling, while also working hard to integrate asylum-seekers who have a right to stay in the country.

What does Lamorgese want?

Unlike former Interior Minister Matteo Salvini of the far-right League party, his successor Luciana Lamorgese — an independent bureaucrat — wants to take a more lenient approach to Italy's security laws, according to media reports. Italy expert Lutz Klinkhammer of the German Historical Institute in Rome (DHI Rome) says that Salvini "was using his position to campaign; but now his successor wants to get back to business as usual." This, in his view, means "securing Italian ports and working to further the national interest." He says that while Italy's national interests are not threatened by migrants arriving, the country "wants to show the EU that it will not be the only country taking them in." 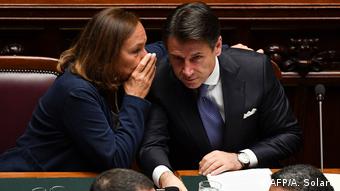 It is not clear at this point whether Italian ports will again permit private sea rescue vessels to dock there, after Salvini had closed them to such ships. Klinkhammer says "I could well imagine Italy no longer criminalizing the sea rescue missions, but that does not mean the country's ports will be opened." Private rescue ship "Ocean Viking," which has taken aboard 80 individuals who were in distress at sea, is currently headed toward Italy. This means Lamorgese must soon decide if she will permit the rescued individuals to go ashore. Nicola Zingaretti, the leader of Italy's Democratic party, which is now part of the governing coalition, is clear on the matter. He says they should be let ashore "no ifs, no buts, and with great compassion."

In Brussels, Prime Minister Conte insisted that migrants and refugees be redistributed throughout the bloc according to a binding quota. He said that "we cannot address the migration issue without sufficient solidarity from EU members" and "we have many written documents guaranteeing and promising such solidarity, but so far this has not been realized." Conte no longer wants states to be obliged to take in migrants on an ad-hoc basis when rescue vessels arrive. 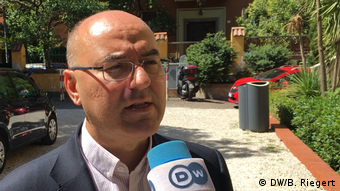 Last week, EU Commission spokeswoman Natascha Bertaud announced that Brussels, too, is striving for a permanent solution to the immigration issue. She said, "we do need to reform the common European asylum system, in all of its aspects. And we have already put comprehensive reform on the table, which has yet to be adopted."

So far, the new interior minister has not publicly commented on which approach she will take on immigration. In Brussels, however, there are hopes that with Salvini's exit, Italy now will no longer block discussions within the EU. But in parliament on Tuesday, Salvini threatened that if Lamorgese were to re-open Italy's ports, he would personally round up his numerous supporters to effectively blockade them. He later feigned good-heartedness, offering to help his successor secure the country's ports. 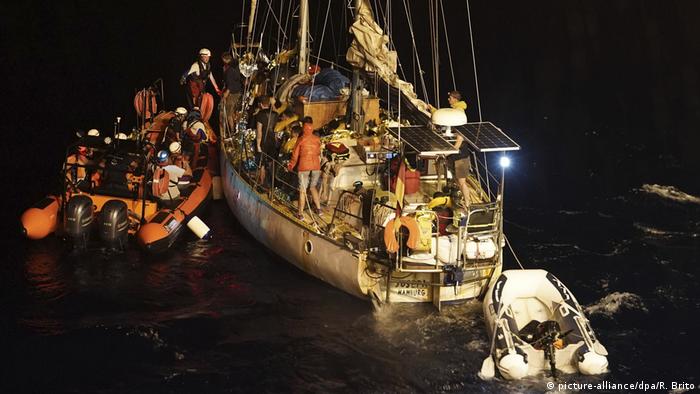 According to a survey in Italian daily Corriere della Sera, a large majority of Italians actually support the League's tough stance on immigration and welcome the closing of Italian ports to rescue vessels.

Given the situation, political scientist Giovanni Orsina of Rome's Luiss University does not think the new interior minister has much room to maneuver when it comes to rescue vessels heading for Italian ports. "Most Italians like the closing of the ports; so changing this policy in fact could be quite damaging to the reputation of this government." He says he expects the government to change its rhetoric, but not its politics — because, "if they change the policy, I foresee trouble for the government."

Read more: Hard-liner Salvini is out, but migrants still endure his policies

Could operation Sophia be resumed?

During his stay in Brussels, Prime Minister Conte also signaled his willingness to compromise. He said if a permanent mechanism for the redistribution of migrants were to be agreed on the EU level, Italy might agree to the bloc resuming Operation Sophia. The operation, which in part envisioned using EU vessels to save migrants in the Mediterranean, ended in December 2018 when Salvini withdrew Italy's support for the mission. This drew fierce criticism, including from the United Nations.

Prosecutors in Rome have passed the case onto investigators to determine whether Salvini incited violence against the refugee rescue boat captain. Salvini has said the charges were like a medal of honor for him. (06.09.2019)

Six EU countries have said they will accept more than 300 migrants from a rescue ship stranded in the Mediterranean. The Maltese prime minister said none would stay in Malta, where they will disembark. (23.08.2019)

The Eleonore has docked and disembarked its over 100 rescued refugees, in violation of a ban. The government has now seized the ship and vowed to make the German charity workers pay dearly. (02.09.2019)