Germany is suspending participation in Operation Sophia, the EU naval mission targeting human trafficking in the Mediterranean. The decision reportedly relates to Italy's reluctance to allow rescued people to disembark. 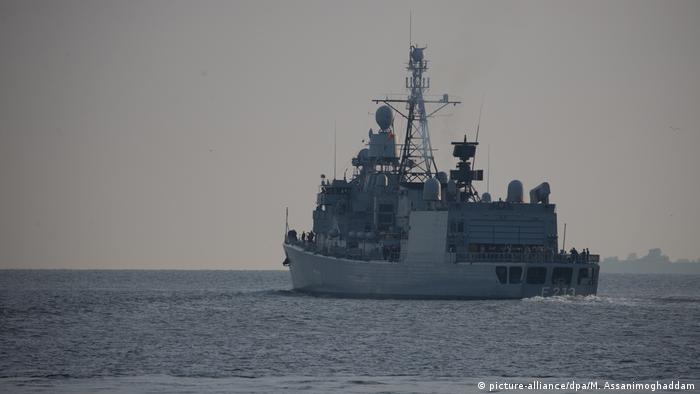 Germany will not be sending any more ships to take part in the anti-people smuggling operation Sophia in the Mediterranean Sea, according to a senior military officer.

The decision means frigate Augsburg, currently stationed off the coast of Libya, will not be replaced early next month, Bundeswehr Inspector General Eberhard Zorn told members of the defense and foreign affairs committees in the German parliament.

The 10 German soldiers currently working at the operation's headquarters will, however, remain until at least the end of March.

The European Union launched Operation Sophia in 2015 to capture smugglers and shut down human trafficking operations across the Mediterranean, as well as enforce a weapons embargo on Libya. Sophia currently deploys three ships, three airplanes, and two helicopters, which are permitted to use lethal force if necessary, though its mandate also includes training the North African country's coast guard. The EU formally extended Operation Sophia by three months at the end of December.

The Bundeswehr reported that, since its start, the naval operation had led to the arrest of more than 140 suspected human traffickers and destroyed more than 400 smuggling boats.

But Operation Sophia's efforts have largely focused on rescuing thousands of refugees from unseaworthy vessels attempting to get to Europe. According to the Bundeswehr, Operation Sophia has rescued some 49,000 people from the sea, while German soldiers had been involved in the rescue of 22,534 people.

The operation has caused some friction within the EU, particularly with Italy, where the headquarters are located, and whose Interior Minister Matteo Salvini has threatened to close ports to the mission.

Salvini, chairman of the far-right Lega Nord party, demanded on Wednesday that the mission had to change, arguing that the only reason it existed was that all the rescued refugees were brought to Italy. "If someone wants to withdraw from it, then that's certainly no problem for us," he told the Rai1 radio station, but in future he said the mission should only be extended if those rescued were distributed fairly across Europe. This is opposed by other EU member states, particularly Poland and Hungary.

Italy's position drew a prickly response from German Defense Minister Ursula von der Leyen, who accused Sophia's Italian commanders of sabotaging the mission by sending the German ship to distant corners of the Mediterranean where there were "no smuggling routes whatsoever" and "no refugee routes."

"For us it's important that it be politically clarified in Brussels what the mission's task is," von der Leyen told reporters at the Davos forum in Switzerland.

Fritz Felgentreu, ombudsman for the Bundestag defense committee, told public broadcaster Deutschlandfunk that Italy's refusal to let migrants rescued from the sea disembark at its ports meant the operation could no longer fulfill its original mandate.

The EU played down Germany's decision. A spokeswoman for the bloc's diplomatic service, the EEAS, told the DPA news agency that Germany had not ruled out making other ships available for the Sophia Operation in future, a position confirmed by a German Defense Ministry spokesman. 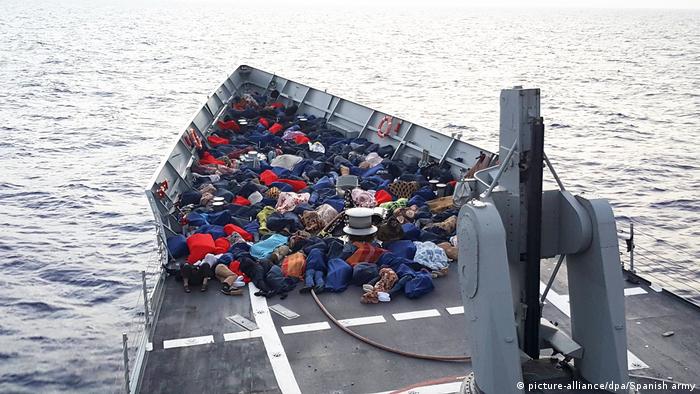 "As long as Sophia is not replaced by a civilian operation, even more people will drown," he told the daily Süddeutsche Zeitung.

The Green party, for its part, had a more mixed reaction. "We in the Green party have always spoken out against the military operation in the Mediterranean and have consistently rejected the training of the Libyan coast guard," said the party's defense spokeswoman, Agnieszka Brugger. But she added that Wednesday's announcement had happened "for the wrong reasons."

Marie-Agnes Strack-Zimmermann, defense policy spokeswoman for the Free Democratic Party (FDP), called the decision a sign of the EU's failure to find a common refugee policy.

Angela Merkel's Christian Democratic Union (CDU), meanwhile, defended the decision. "The core mission, to fight trafficking crimes, cannot currently be effectively carried out," the party's defense policy spokesman, Henning Otte, said in a statement. "If the EU were to agree to common procedure with refugees, this mission could be taken up again."

Otte also suggested a "three-stage model" as a "permanent solution for the Mediterranean." This would include a coast guard from Frontex, the European border patrol agency; military patrols in the Mediterranean; and special facilities on the North African mainland to take in refugees and check asylum applications.

What is the current status of migrant rescues in the Mediterranean?

Thousands of migrants have been embarking on a perilous journey to the Mediterranean - their fate is determined by refugee rescue ships and government policy in Europe. Who are the major players involved? (14.08.2017)

Aid groups fear that some 170 migrants could be dead after two dinghies sank in separate incidents after leaving Libya and Morocco. Italian President Sergio Mattarella has expressed his "deep sorrow." (19.01.2019)

Italy wants other EU states to open their ports to ships from the bloc's Sophia naval mission in the Mediterranean. It's Rome's latest move to pile pressure on EU states to share the migrant burden. (20.07.2018)