Italy wants other EU states to open their ports to ships from the bloc's Sophia naval mission in the Mediterranean. It's Rome's latest move to pile pressure on EU states to share the migrant burden. 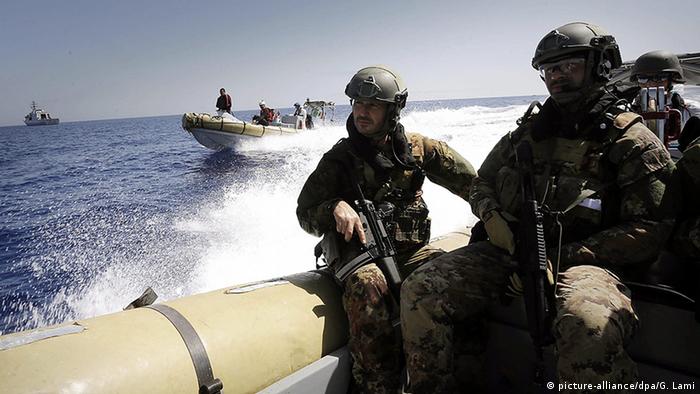 Italy is ramping up further pressure on EU states to share the migration burden, this time by threatening to not allow ships from the bloc's Mediterranean anti-trafficking mission to transport migrants to Italian ports.

In the letter, which Germany's Die Welt obtained, Moavero demanded that other member states take in migrants from the anti-trafficking rescue mission. Under the terms of the naval mission, migrants automatically disembark at Italian ports.

The issue is now being discussed in EU political and security circles.

The new populist coalition government of the League and 5 Star Movement has closed its ports to humanitarian rescue ships, saying it wants a fair distribution of migrants across the EU.

It also wants the Libyan coastguard to take the lead in intercepting migrants and bring them back to Libya. Part of Operation Sophia involves training and equipping the Libyan coast guard.

The threat to close Italian ports to the EU naval mission comes as Prime Minister Giuseppe Conte this week asked the European Commission to establish a "crisis cabinet" that would oversee the distribution of migrants rescued at sea. It would also help identify other ports where migrants could disembark.

The proposed body should formalize the practice of sharing rescued migrants across the EU, building on an ad hoc deal over the weekend, Conte told the Italian newspaper Il Fatto Quotidiano on Thursday.

About 450 migrants picked up by an Italian police ship and a British ship belonging to the EU's border agency Frontex were allowed to dock in Italy on Monday.

Italy blocked the ships for two days until Conte convinced France, Malta, Germany, Spain, Portugal and Ireland to take in most of them instead of forcing Italy to process their asylum claims alone.

UN High Commissioner for Refugees Filippo Grandi praised the deal, but said "solutions are needed that go beyond piecemeal or 'ship-by-ship' arrangements."

Italy has taken in nearly 700,000 migrants and refugees since 2013, mostly Africans who crossed the Mediterranean on boats from war-torn Libya.

However, migrant arrivals by sea have plummeted since last summer, in part due to the EU's Operation Sophia strengthening its external border through cooperation with Libya's coastguard to intercept migrants.

Merkel on the need for a joint European response to migration

Italy's hardline interior minister and head of the League, Matteo Salvini, wants Libya to be declared a "safe country" where migrants intercepted in international water can be returned.

In line with international law, EU policy is that migrants rescued by its naval mission in international waters must be brought to a safe port. 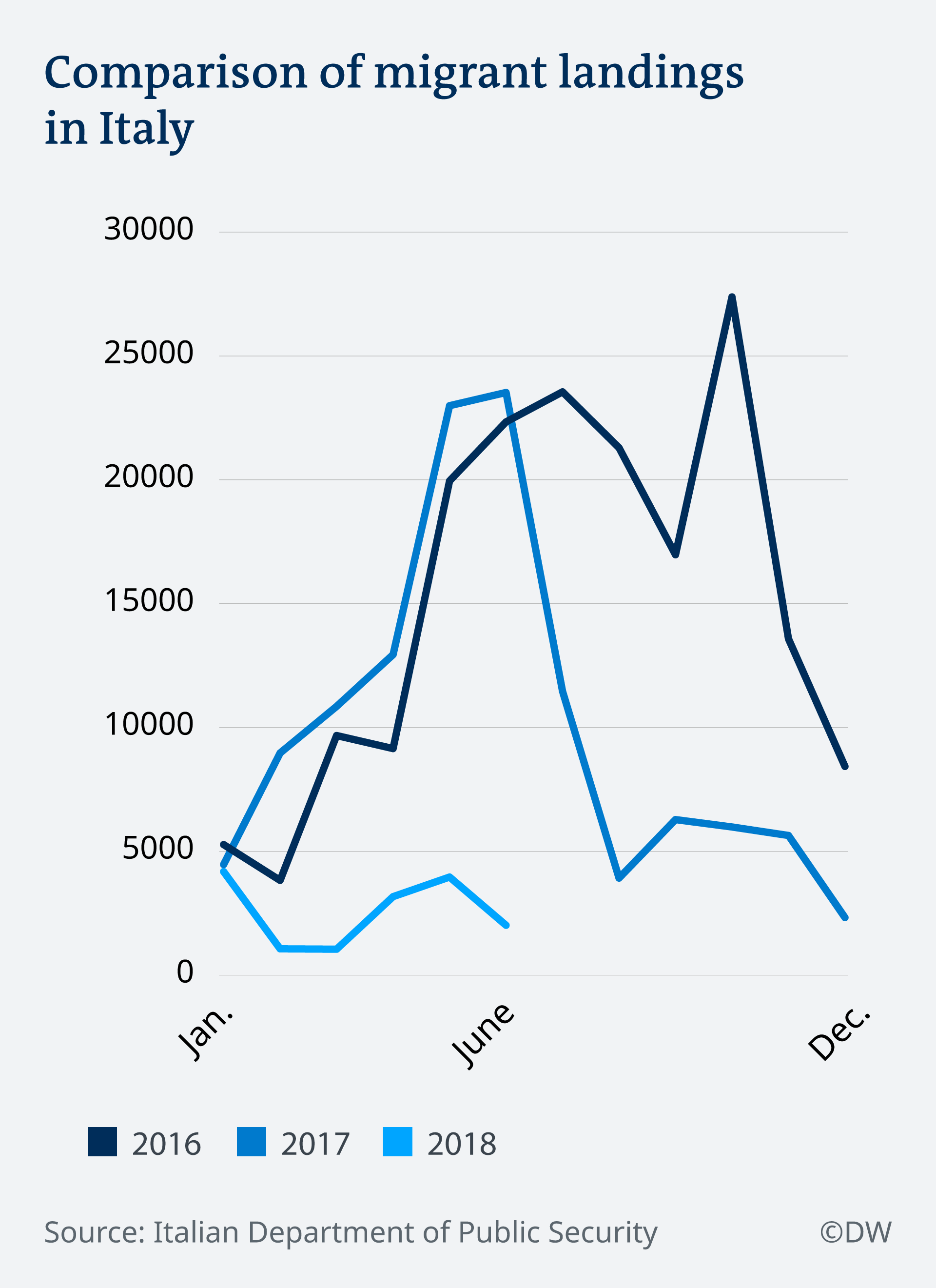 Italy has said it will donate more ships and equipment to help the Libyan coast guard intercept Europe-bound migrants on the Mediterranean Sea. The news came amid reports of another shipwreck. (03.07.2018)

Interior Minister Matteo Salvini has already banned charity-run ships carrying migrants rescued in the Mediterranean from docking in Italian ports. Now, he wants to do the same to foreign navy ships. (09.07.2018)

German Interior Minister Horst Seehofer says his standoff with Chancellor Angela Merkel over asylum policy is "history." He had threatened to resign unless Germany turns away asylum-seekers at its border. (08.07.2018)