Libya takes over from Italy on rescuing shipwrecked migrants | World | Breaking news and perspectives from around the globe | DW | 05.07.2018

Libya takes over from Italy on rescuing shipwrecked migrants 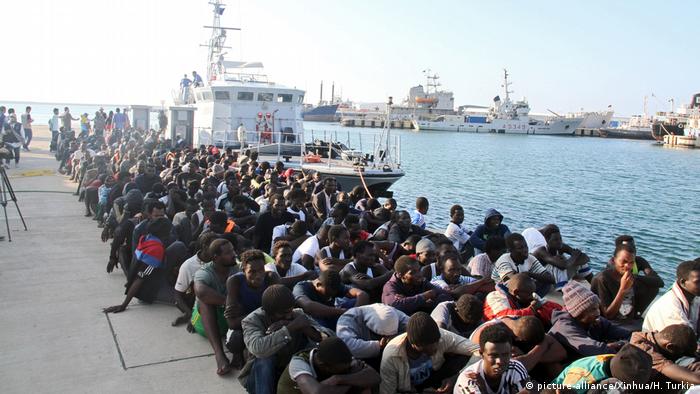 At the recent EU summit one week ago, European leaders once again agreed to protect the bloc's exterior borders from migrants entering illegally. That meant, in effect, blocking migration across the Mediterranean Sea between Italy and Libya.

Italy's new right-wing populist government has already taken matters into its own hands. In late June, it forbid private vessels from bringing rescued asylum-seekers into Italian ports and it struck a deal whereby Libya is now again in charge of rescuing shipwrecked migrants in its own waters. Previously, Italy had assumed responsibility for the entire maritime area between its own coast and Libya's shoreline, with Italy's navy headquarters coordinating all search and rescue missions.

Now, there is a new status-quo. On June 22, Libya informed the UN's International Maritime Organization (IMO) that the country is ready to fulfill all obligations entailed by its own maritime search and rescue zone.

Accordingly, Italian Minister of Defense Elisabetta Trenta told broadcaster Sky24 that "Libya's coast guard now carries this responsibility. It was trained by our own coast guard. And it has the capacity to fulfill its duty."

Italy recently supplied Libya with an additional 12 vessels, and the EU has pumped substantial sums of money into training the country's coast guard, providing an extra €280 million ($325 million) in funding over the coming years. 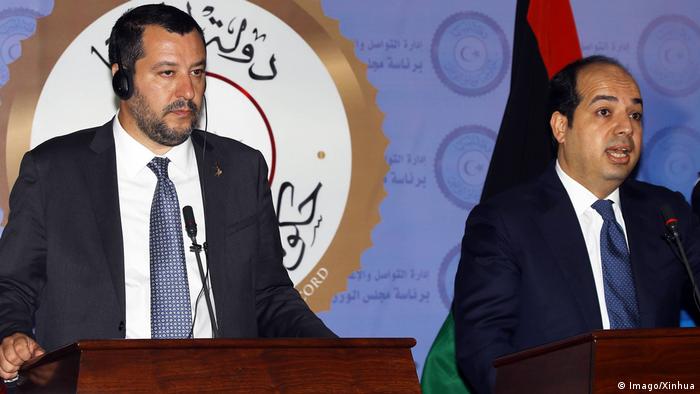 Italian media outlets have reported that Italy's navy leadership has been advising vessels up to 76 miles off Libya's coast to contact the North African state's coast guard for help. Observers suspect Italy hopes the Libyan coast guard will return rescued migrants to Africa and thus prevent them from reaching Europe. Andrej Hunko, a member of Germany's Left Party, is severely critical of this approach, arguing the EU is violating international law by allowing asylum-seekers to be returned to Libya.

The IMO stresses that states are obliged to rescue shipwrecked individuals, but that this does not mean Libya's coast guard may hinder private rescue vessels from entering its territorial waters.

IMO spokesperson Natasha Brown said that "IOM (the UN's International Organization for Migration) conventions do not encompass the right to control ship movements, and especially so if the aim is to present maritime rescue missions." Brown noted that IOM rules merely stipulate that neighboring states must cooperate and share responsibility.

But a legal report published last year by the research division of Germany's parliament, the Bundestag, stated that according to the Law of the Sea, Libya's coast guard could assert its responsibility for shipwrecked individuals and urge foreign vessels to bring rescued persons to the country. 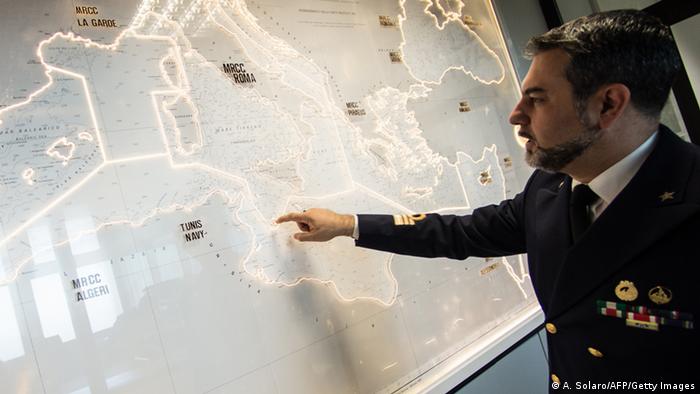 Libya not up to the task?

Last year, Libya's coast guard took a heavy-handed approach against activists who wanted to take shipwrecked migrants aboard their own vessels. Until recently, the country had only four ships based around Tripoli in western Libya, and according British newspaper The Times, only half of them were operational. Members of the coast guard reportedly told the newspaper they were out of their depth and lacked enough life vests to save all shipwrecked individuals, conditions echoed by Claus-Peter Reisch, the captain of private rescue vessel Lifeline, who is currently on trial in Malta. According to Reisch, Libya's coast guard is woefully ill-quipped.

Such shortcomings can be expected, given that "Libya is a failed state with various competing governments," Nicole Hirt of Germany's GIGA Institute of African Affairs told theEPD news agency. "The coast guard is run by different warlords who just call themselves a coast guard to get European money."

Hirt said that in reality, these individuals are actively involved in people smuggling. "They rescue refugees in order to sell them afterwards."

For years, the EU and Italy's government have made efforts to build up Libya's coast guard and thereby prevent smugglers and migrants from risking their lives to reach Europe. 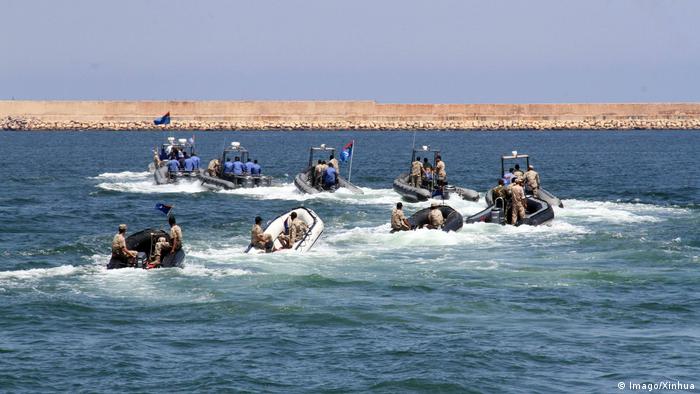 Libya's coast guard is reportedly lacking in equipment and training

While handing over responsibility to Libya for its own territorial waters is only appropriate, the timing may not be. That, however, is a risk Italy is apparently willing to take. Now that Italy and Malta have both begun preventing private rescue vessels and reconnaissance planes embarking on missions from Europe, numbers of drowned migrants are rising, according to the IOM. Organization spokesperson Flavio di Giacomo urged countries to send out more rescue ship to stop yet more people from dying.

The founder of privately-run charity Sea-Eye, Michael Buschheuer, told DW he cannot comprehend why Libya of all countries is now in charge of maritime rescue missions. He refers to UN reports that clearly show migrants who are returned to Libya face systematic torture, or rape, that they are oppressed and sometimes simply abandoned in the desert.

"Libya is the one country that should not be in charge of maritime rescue missions, but exactly that is now the case," Buschheuer said.