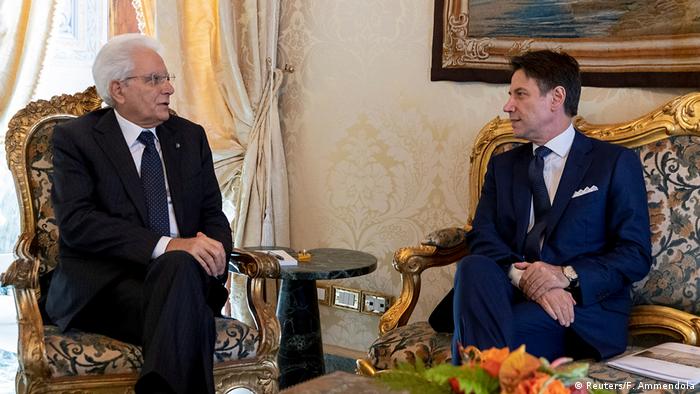 Five Star Movement (M5S) and the center-left Democratic Party (PD), and shutting out the right-wing League Party and its leader, Matteo Salvini.

The coalition is expected to improve EU relations and soften the country's stance on immigration.

Conte said the fresh government would work with "intense passion" to bolster beleaguered Italy's spirits. The country has faced high rates of debt and unemployment and general dissatisfaction over immigration and Italy's relationship with Brussels.

As finance minister, the prime minister appointed Roberto Gualtieri from the Democratic Party. The first order of pressing business for Gualtieri, who chaired the European Parliament's committee on economic and monetary affairs for five years, will be dealing with the upcoming budget.

The 21-member cabinet will include seven women ministers.

The cabinet's swearing-in ceremony will take place at the presidential palace in Rome on Thursday morning. Conte was tasked with forming a new coalition by the country's president, Sergio Mattarella, six days ago. 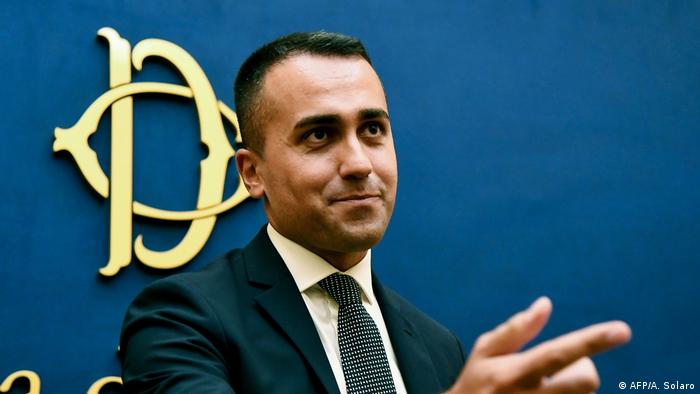 Head of the M5S Luigi Di Maio gestures during a news conference on Tuesday ahead of the party's decision to put its new government deal to a vote among its members.

However, even after being sworn in, the new government will still need to be approved by votes of confidence in Italy's two houses of parliament later this week to ensure it has a majority.

Yesterday, members of the Five Star Movement (M5S) approved the new coalitionwith 79.3% of votes cast in an online members' ballot supporting the deal with the Democratic Party (PD). If they had rejected the proposal, Italy could have headed for snap elections as soon as November.

Over the past week, markets have rallied in the hopes that a snap election could be avoided. Analysts welcomed indications that the month-long political crisis in the country might soon end with a more pro-European government.

Nicola Zingaretti, the Democratic Party's pro-EU head, lauded the coalition. "We stopped Salvini, and merely the announcement of this [new] phase is making Italy again a protagonist in Europe," he said.

Salvini, who now sits on the opposition sidelines, labelled the new administration "a government produced by Paris and Berlin, born out of fear to give up power, without dignity or ideals, with the wrong people in the wrong places." The head of the League party also tweeted that the new government "can't escape from the judgment of Italians for long," predicting that "in the end we will win."

Salvini continues to lead in opinion polls. Political scientist Giovanni Orsina from Rome's Luiss University says that "most Italians see the new government as a kind of anti-Salvini coalition, that may be 90% of its purpose," he told DW. "There's only consensus between the parties on about 10% of the actual issues."

Orsina expects Salvini will hold on to his high polling numbers for some time longer. "Salvini won for certain reasons, and these reasons haven't changed," he said. "The government must show that it's taking the concerns of its citizens seriously — only then could support for Salvini diminish. It's not just a question of opinion polls, rather we'll soon have elections in the regions of Umbria and Emiglia Romania. These are traditionally left-leaning regions. If the right wins in those districts this time, it could become difficult for the new government."