Italy's center-left and the 5-Star Movement are running out of time to form a coalition to avert elections. Meanwhile, President Donald Trump has said he backs Giuseppe Conte to remain Italy's PM. 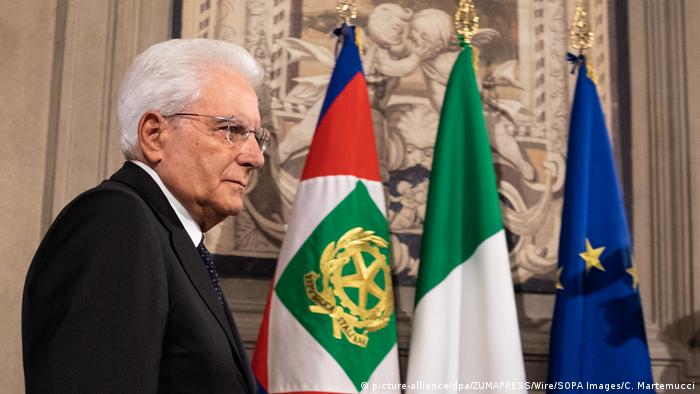 Italy's opposition Democrats (PD) and rival populists 5-Star movement continued their talks on Wednesday after expressing optimism Tuesday that a new government could be formed.

If successful, the coalition would avoid elections and deal a blow to leader Matteo Salvini, who withdrew his League party from the governing coalition this month.

Negotiations are likely to drag until the deadline imposed by President Sergio Matarella, who told PD and 5-Star to report to him on Wednesday afternoon on whether or not a governing coalition was possible.

Failure to produce a deal that can command a dependable majority in parliament would end in a call for elections this fall. Currently, Salvini's party commands a large amount of support and would come in first if an election took place today, according to recent polling.

The determination to keep Salvini and his party away from power has been the driving force behind the fragile coalition talks.

Both sides were upbeat on Tuesday at the conclusion of the day's meeting. "Our work is continuing in a fruitful way," the PD's Senate leader Andrea Marcucci said, while 5-Star's Senate chief Stefano Patuanelli reported a "good climate."

But tensions are likely to persist and the situation is still hard to predict, as each party is split between leadership factions that want a coalition and others who prefer to go to elections.

The two parties also share deep ideological divisions. The 5-Star Movement is euroskeptic, suspicious of big business and has opposed the completion of a high-speed rail project involving France and Italy on environmental grounds.

PD on the other hand said from the onset that any agreement would need to guarantee the "loyal membership" of the EU, a change in handling migrants, environmental sustainability and policies to boost investment.

Conte at the center of talks

The fate of Giuseppe Conte, who does not belong to any party but is close to the 5-star movement, is now at stake. He resigned as Prime Minister as the League pulled out of the government and has lead the call for the center-left to join 5-Star to undermine Salvini.

On Tuesday, Conte got a boost from an unlikely source. US President Donald Trump tweeted that he was rooting for the Italian premier to keep his post.

"Starting to look good for the highly respected Prime Minister of the Italian Republic, Giuseppe Conte. Represented Italy powerfully at the G-7. Loves his country greatly & works well with the USA. A very talented man who will hopefully remain Prime Minister!”

The tweet was a rare US rebuke of Salvini, whose strong anti-immigration closely mirrors Trump's own policies and who has received the backing of former Trump adviser Steve Bannon.

Conte's future has been a sticking point in negotiations between the two parties, as the PD has resisted his reappointment.

Nevertheless, Conte is said to be actively working behind the scenes to help the M5S and PD bridge their differences, Italian media reported.