Italy: Salvini is out, but migrants still endure his policies | Europe | News and current affairs from around the continent | DW | 01.09.2019

Italy: Salvini is out, but migrants still endure his policies

The outgoing interior minister closed Italy's refugee camps and its ports. But even with Matteo Salvini out of government, asylum-seekers are still trapped in a cycle of homelessness, harassment and frustration. 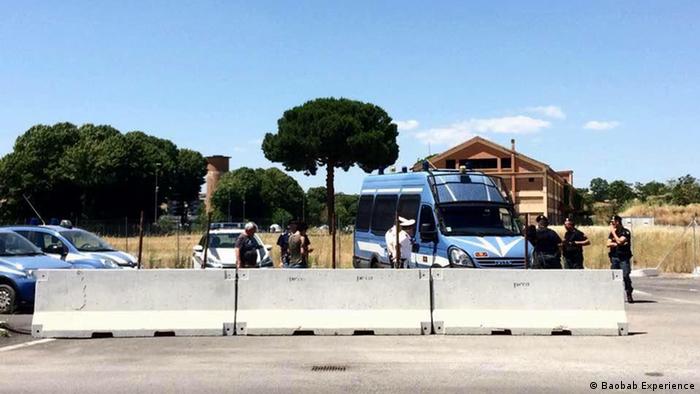 "We have to be careful — we've been hindered by the police a dozen times," says Marlene Micheloni. She explains that while they can't arrest volunteers for handing out food, they have tried their best to intimidate them out of doing so.
The 64-year-old, an active member of the largecharitable group Baobab Experience, explains how they have to collect the blankets distributed to the group of 40 or so refugees who sleep behind Rome's Tiburtina Station every morning. If they don't, officers patrolling the station will confiscate them. 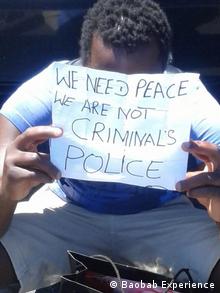 At one point, Baobab had a camp fully staffed with volunteers set up near the station. There, they prepared full breakfasts, lunches and dinners for asylum-seekers, offered Italian courses, organized cultural outings and provided assistance navigating social services and the legal system for the thousands of refugees who passed through Rome.

Even though far-right Interior Minister Salvini may now be on his way out, the impact of his anti-immigrant, nationalist policies on the lives of migrants are likely to long outlive his one-year tenure. After taking office in June 2018, Salvini set about cutting off access to social programs and dismantling Italy's official refugee camps. Baobab's makeshift shelters were some of the first to be cleared.

Officials have now put a tall metal fence around the empty lot near the station. It guards weeds, while the people who once lived there are forced to shelter under the limited protection offered by the train station outbuildings.

Micheloni is part of a rotating group of unpaid volunteers who are keeping Baobab going, in spite of these many setbacks. Some of them get up at 6 a.m. to prepare breakfast for the asylum-seekers, later driving them to job interviews, helping them with their paperwork, and, in the evening, cooking dinner for about 100 people. There's an intense sense of trust and camaraderie between the community organizers and the refugees, and none of the condescension that can often characterize official interactions or the attitude of the Italian media, which left-leaning Romans say often takes an anti-immigrant stance.

Migrants in the group living behind Tiburtina are mostly from West Africa, but also come from the Middle East and elsewhere. By and large, they are grateful for Baobab's help, but they are also frustrated — at a closed Italian society, a lack of a foreseeable future, a government that seems determined to make them someone else's problem and journalists, too, for making them an object of pity.

"Italy is not open," says Hadim Nyassi, 21, from Gambia, who has been back in Italy for about 10 months. "They don't want us here. I went to the Netherlands, and then Germany. But then I was sent back here. We can't work. We can't live anywhere. But we also can't leave." He describes settling into life in the Netherlands, only to be sent back to Rome when his temporary residency ran out. 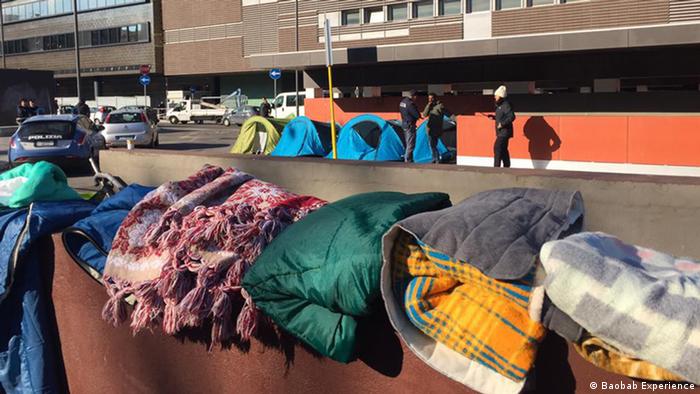 Behind Tiburtina Station, blankets await retrieval by volunteers from the Baobab Experience

In June, the Interior Ministry published data showing that the number of asylum-seekers being sent back to Italy from other EU nations has tripled in five years. In 2014, about 2,500 refugees were sent back, compared to 6,500 last year, for a total of 24,000 people between 2013 and 2018. It appears the willingness of northern European countries to shoulder a more substantial part of the refugee wave, a policy espoused by Germany in particular in 2015, is slowly coming to an end.

This is part of the reason why despite Italy's economic struggles, as well as longer-standing issues like corruption and organized crime, a recent survey carried out by the European Union found that 32% of Italians believe that immigration is the most pressing problem plaguing the country. That could account for part of the previous administration's drive to send away refugees and close Italy's ports to refugee rescue ships.

"We just exist. We're restless. Some guys here are starting to get frustrated that they will never be able to support a family, living like this. I'm not there yet, I just want some kind of future," says Nyassi.

Others in the group, who do not wish to be named, echo the same sentiments. Though they are sometimes able to find short-term work with Baobab's help, they have begun to feel trapped in a labyrinth of official disinterest, bureaucratic hurdles, flagrant xenophobia and police harassment. And volunteers can only assist so much when pushback is occurring at every level of civil society.

In some parts of Italian society, a certain element of cognitive dissonance is at play. Many who have supported Salvini and his far-right League party will not espouse openly racist views, and often display kindness and generosity to migrants they meet without seeming to connect the dots between the party they voted for and why the refugees in their neighborhood have such hard lives.

Micheloni says she is still very concerned that "35-40% of people are still supporting fascists like Salvini." This is especially worrying for many in Italy who care about the treatment of refugees because although the League is out of government now, if the new coalition government falls, the party could do well in a new election. And even if that does not come to pass, Micheloni points out that the current administation is filled with lawmakers who either approve of Salvini's policies or at least will not move to repeal them.

"We will fight to educate people, in the streets, in the bars, in sports centers, etc. We need to encourage people to use their right to protest and nonviolence, which is essential to combating neo-fascism."