Six EU countries have said they will accept more than 300 migrants from a rescue ship stranded in the Mediterranean. The Maltese prime minister said none would stay in Malta, where they will disembark. 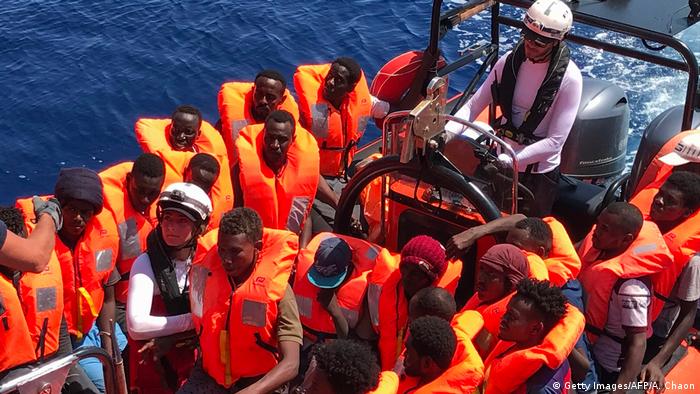 Maltese Prime Minister Joseph Muscat said on Friday that six EU member states had agreed to take in 356 migrants from the rescue ship Ocean Viking, which has been stranded for nearly two weeks amid a new standoff over permission to disembark.

Muscat named Germany, France, Ireland, Luxembourg, Portugal and Romania as the willing countries, saying the migrants would be transferred to land in Malta by Maltese navy boats before being relocated.

"None will remain in Malta," he wrote on Twitter.

The resolution to the standoff was found during talks with the European Commission.

The Ocean Viking, which has picked up several groups of migrants since it set sail in early August, has spent 13 days sailing between Malta and the Italian islands of Lampedusa and Sicily, remaining out of sight of land to prevent the passengers becoming excited.

The vessel had been refused permission to land in Malta, and Italy's hard-line Interior Minister Matteo Salvini has made it clear that no humanitarian rescue ship will be allowed in an Italian port, with fines of up to €1 million ($1.1 million) for any vessels defying him.

The charity Doctors Without Borders (MSF) said on Thursday that the ship was running low on food supplies.

France said on Friday it would take in 150 of the migrants. It remains unclear how many the other countries will accept. 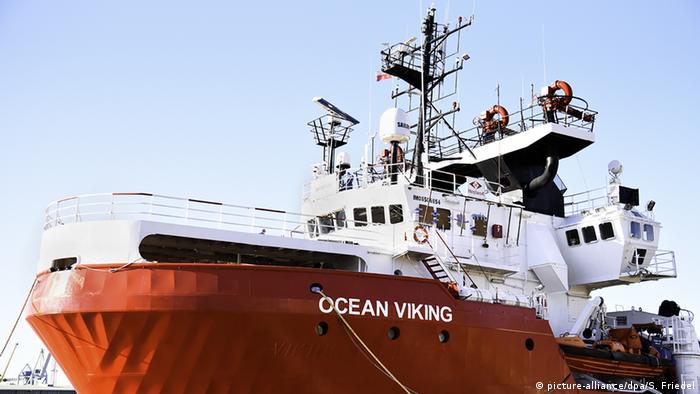 Such standoffs are becoming more common, with the EU member states at odds among themselves about how to deal with the influx of migrants seeking a new life in Europe by making the perilous journey across the Mediterranean from Africa, notably Libya.

Italy and Malta, two of the countries that have borne the brunt of a wave of migrants over the past four years, have adopted hard-line approaches to the issue, with Salvini in particular indulging in anti-immigration rhetoric.

On Wednesday, more than 80 migrants aboard the Spanish charity vessel Open Arms were finally allowed to land on Lampedusa after some of them had spent nearly three weeks on board. Those migrants will also be relocated to five EU countries, including France, Germany and Spain.