Italy's Salvini slams Sea-Watch incident as 'an act of war' 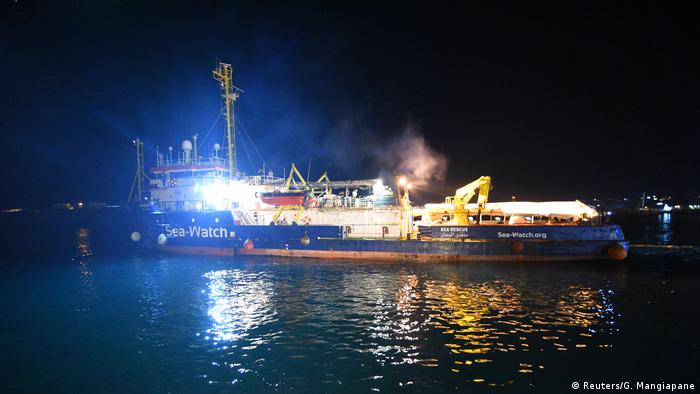 The captain of the migrant rescue ship Sea-Watch 3, Carola Rackete, might face between three and 10 years in prison after forcing her vessel into Lampedusa port.

On Saturday, Rackete's ship rammed a much smaller police boat that blocked its way to the pier. The collision damaged the motorboat's side, but no one was injured in the incident.

"We put ourselves in the way to prevent (the ship) from entering the port," a police officer said in a video posted online.

"If we had stayed there, (the vessel) would have destroyed our speedboat," he added.

The migrant rescue ship, operated by Germany-based charity Sea-Watch, had waited for authorization to dock for over two weeks, with dozens of African migrants on board amid a Europe-wide heat wave. Several were allowed to disembark for medical care, but the country's populist interior minister, Matteo Salvini, refused to allow the remaining 41 onto Italian territory until other EU countries pledged to take them in.

Early on Saturday, the German-born captain announced she would be docking without authorization.

"Even though (this) afternoon the prosecution opened an investigation against me, at the same time they notified us that they will not help to bring the rescued off the ship," Rackete said in a video statement on Twitter. "That means we are still waiting for a solution, but it is unfortunately not in sight."

"I have decided to enter the harbor, which is free at night, on my own."

She was arrested after striking the patrol boat and docking at the island. The charge, according to local media reports, is "resisting a warship." 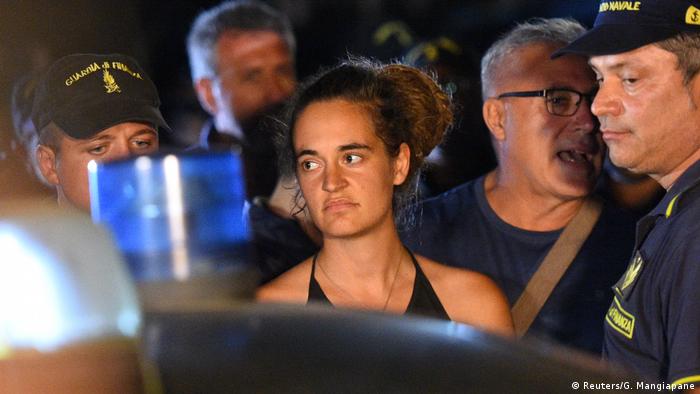 Populist leader Salvini praised the arrest of the "law-breaking captain."

In a video posted to Facebook, Salvini also slammed the crew for risking the lives of police officers.

"It is nice that they say, 'We save lives,' but they nearly killed people who were doing their jobs," Salvini said.

"This is a criminal act and an act of war."

An Italian magistrate will decide within the next 48-hours if Rackete should be jailed. The government is ready to deport her pending a court decision, according to Salvini.

Italian media said the captain apologized to police officers for the ramming.

Meanwhile, German Foreign Minister Heiko Maas commented on the incident, saying that rescuing must not be "criminalized."

"It a humanitarian duty to save lives," he wrote on Twitter. It is on the Italian judiciary to swiftly clarify the accusations."