Since the founding of the Islamic Republic in 1979, around four million Iranians have left their country. Some 100,000 of them now live in Germany, including exiled writer Fahime Farsaie, who fled Iran in 1983. 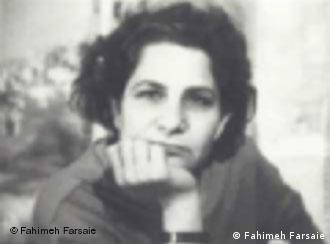 "If the situation improved, if Iran became more liberal, I would go back immediately."

As Iran marks the 25th anniversary of the revolution which swept the Islamic regime to power, exiled author Fahime Farsaie looks back at February 1979, when the Shah was overthrown.

Speaking with hindsight, the writer, who now lives in Cologne, says she's astonished by the naivety of Iran's left-wing. "We didn’t want to face reality, and we put all our hopes into the statements Ayatollah Khomeini had made in exile," she tells DW-RADIO. 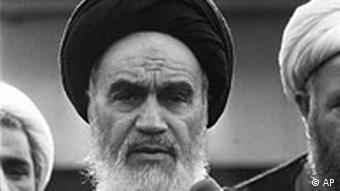 They weren't alone. Three million people lined the streets of Tehran to celebrate his return from exile, giving their support to the revolution which ousted the Shah.

"We really thought that the situation would improve," she emphasizes, and points out that "at the time we lived under the highly undemocratic regime of the Shah, and especially the intellectuals were suffering. The Shah sent his critics to prison and was nothing but a puppet of the United States."

The promises Khomeini had given from his French exile had sounded encouraging; democratic elections, admission of all political parties, freedom of the press. However, the Ayatollah's Islamic republic soon proved to be just as brutal a regime as the old one, and many writers continued to be persecuted.

Fahime Farsaie had already been scarred by the brutality of the Shah’s regime. She'd spent 18 months in prison for publishing a short story which was seen as too critical of the regime -- one reason why she'd initially welcomed the return of Ayatollah Khomeini to Iran in 1979.

"I was forced to leave Iran in 1983 because of my literary and political commitment," she explains. "I was a member of the Iranian writers association. During a wave of arrests my name was put on the list of the wanted. By chance I wasn’t there when they came to search for me."

After spending half a year underground, Farsaie came to East Berlin via Pakistan and was finally granted asylum in Cologne, West Germany.

The failure of a truly democratic revolution in Iran still disappoints her. "Democracy in Iran today is in a worse shape than it was under the Shah’s regime," she says -- although she's quick to point out that she is "of course not dreaming of a new Shah -- on the contrary!"

Despite reform movements and protests in Iran, 25 years after the Islamic revolution Fahimeh Farsaie doesn’t have any hope that the situation will improve soon. She’s resigned herself to a life in German exile, even though she still dreams of returning to her home country.

But even today, despite freedom of the press being enshrined in the Iranian constitution, the reality is very different. On the index of press freedom "Reporters without Borders" published in 2003, Iran ranks 160th out of 166 countries. Only China, Eritrea, Laos, Burma, Cuba and North Korea have worse records when it comes to freedom of the press. 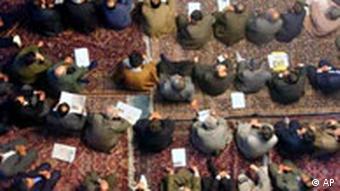 For now, Iran is in the throes of a political crisis over this month's elections and there's little hope for imminent reform.

"If the situation improved, if Iran became more liberal so that I as a woman and a writer could feel at ease in Iran, I would go back immediately," she says. "But as long as this undemocratic situation persists, I cannot imagine returning."