Hungary has approved tightening its laws on migrants and asylum seekers, in a move slammed by the UN's refugee agency. It comes after plans were announced to build a wall on the border with Serbia. 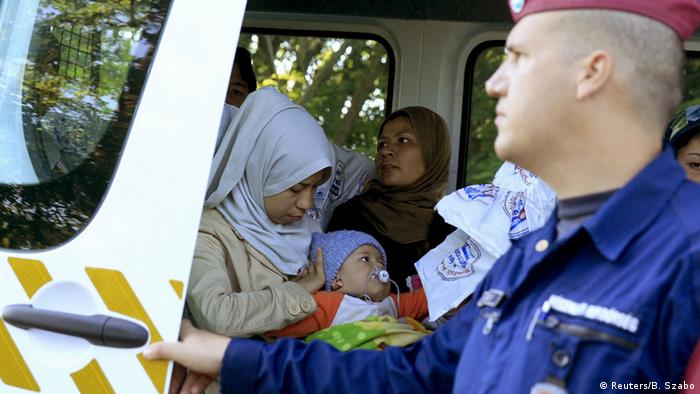 The Hungarian parliament passed the legislation on Monday, with laws shortening the timeframe for screening claims for asylum, as well as the power to reject applications from migrants from Syria, Afghanistan or Iraq who passed through other "safe" countries without lodging claims there. It also includes provisions to cancel requests if migrants leave their place of residence for more than 48 hours without authorization, and extends detainment periods.

Hungary's prime minister, Viktor Orban, has attributed growing numbers of migrants, particularly economic migrants seeking a better standard of living, to "bad policies," saying they "can increase and induce this mass migration manyfold." Orban's right-wing government is steadfastly opposed to immigration, and has criticized a plan by the European Union to introduce quotas for refugees.

The nation of 10 million people recently announced it would erect a four meter (13 foot) fence on the country's border with Serbia. Politician Antal Rogan said Hungary had no choice but to build the barrier to stem the flow of refugees.

"There is no good solution to this issue other than setting up the security border seal," he said. 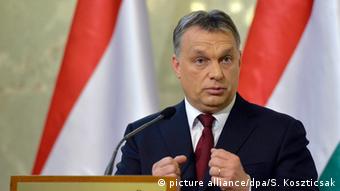 Prime Minister Orban has reassured Europe that the fence is a temporary measure, with his chief of staff calling on the EU to work harder. "We will raise this barrier on the border on a temporary basis in the hope that Europe manages to find a definitive solution to this issue soon," Orban's chief of staff, Janos Lazar, said. The fence could cost up to 10 billion forints ($35 million, 32 million euros).

In an open letter to Hungarian lawmakers, Montserrat Feixas Vihe, Central European representative for the United Nations refugee agency (UNHCR), accused the amendments of "failing on moral and basic humanitarian standards," and warned of the potential "fatal consequences." Speaking on state radio, Orban dismissed the criticism, saying he believes not enough is being done to deter migrants and asylum seekers. "We can either prepare for the tasks awaiting us [in the future] or we can be afraid," he said.

"The way I see it, these international organizations are more afraid of the future."

Belonging to the EU's visa-free Schengen Area, Hungary is a desirable destination for many asylum seekers. Once they have made their asylum claims, many people leave Hungary for other countries further west. Around 70,000 migrants have reached Hungary so far this year, the majority entering via the Serbian border.