Hungary is faced with an unprecedented increase in claims for asylum. So Budapest has ordered a 175 kilometer-long fence along its border with Serbia to keep migrants out. 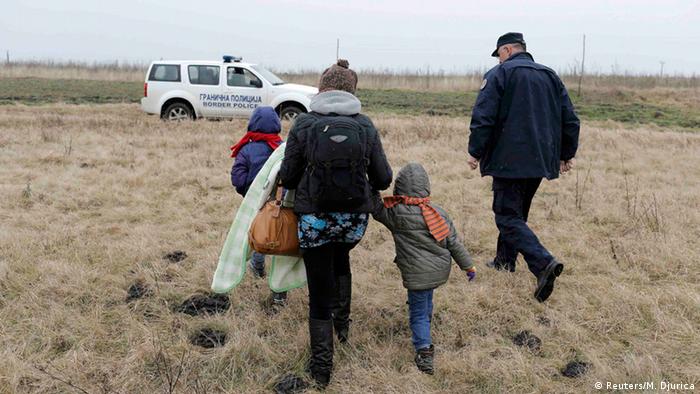 Hungary plans to construct a large border fence to keep migrants from crossing into the country from Serbia.

Ministers have called for plans for a four-meter-high structure to be submitted by next week. The decision follows a large rise in the number of people applying for asylum in Hungary.

Officials predict the number will reach 130,000 by the end of the year.

Foreign Minister Peter Szijjarto defended the measures, saying: "This decision does not break any international treaty, other countries have opted for the same solution."

Szijjarto recognized that immigration was a serious problem for all EU countries but that Hungary could not "afford to wait any longer".

Budapest has faced accusations of xenophobia in its response to the refugee crisis.

Many of the migrants are Kosovo Albanians, escaping poverty in their own country and taking advantage of a lifting of travel restrictions last summer.

Many more migrants end up in Germany. Earlier this year, Berlin sent its own patrols to the Hungary-Serbia border to assist local border staff.

Germany says it rejects more than 99 percent of asylum applications from Kosovans, as candidates must show they would face persecution if they returned to their home country.

Berlin is preparing a law change to make it easier to deport failed asylum seekers from Kosovo by making it a country of safe origin.