Hedgehogs threatened by loss of habitat and food in Europe

The mammal has come under threat as humans destroy its habitat and kill off massive numbers of insects and invertebrates. The UK, for instance, has seen the population halved since the year 2000. 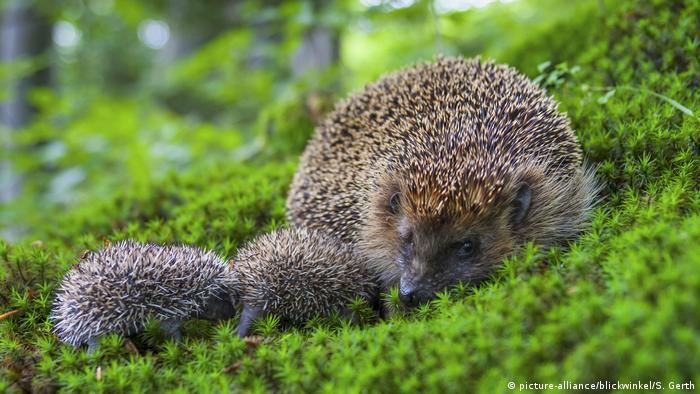 Hedgehogs, Europe's only spiny mammals, are under threat due to a loss of habitat and food. The result has been declining reproduction, landing the creature on a range of endangered species lists.

The main drivers of the decline appear to be linked to the agricultural industry. Large-scale farming has deprived hedgehogs of their natural habitat as farmers remove copses of hedges and trees in order to make way for ever-larger crops.

Another problem is that of increasing pesticide use, which kills off the hedgehog's natural diet of insects and invertebrates such as worms and slugs.

Other threats to hedgehogs include increases in road construction as well as walls and fences that limit their ability to migrate, harming their long-term survival by greatly hampering mating options.

The loss of habitat is not limited to agricultural settings, however. Residential gardens have also become sparser in their design over the years. Manicured yards lacking bushes and hedges provide no space for hedgehogs to hide, nest, and hibernate.

Chemicals used in residential gardens add to the threat, as hedgehogs either eat the chemicals themselves, or eat slugs or snails that have ingested them.

Hedgehogs are, however, thriving in urban settings such as parks and arboretums.

The problem of sharply declining numbers of hedgehogs in the UK has gained notoriety thanks to a number of conservationist groups — such as the People's Trust for Endangered Species (PTES) and the British Hedgehog Preservation Society — and they have also won a well-known advocate in Brian May of the rock group Queen.

It is estimated that the number of hedgehogs in the UK has dropped from 30 million in the 1950s to about 1 million in 2019. More alarming still are estimates that the population has plummeted by half since the year 2000.

Hedgehogs have also been put on an alert list for endangered mammals in Bavaria.

Hedgehogs, one of the world's oldest surviving mammals, live between two and five years, and breed between April and September, producing up to seven hoglets each year. In autumn, the nocturnal creatures actively work to put on fat to survive their winter hibernation.

Yet, a new problem has also come to the attention of conservationists, namely that of well-intentioned garden owners overcompensating for the loss of naturally occurring food. Such owners are overfeeding hedgehogs to such a degree that hedgehog obesity has become an issue, with some animals becoming so fat that they can no longer curl up into a ball to defend themselves.