′We cannot survive without insects′ | Environment | All topics from climate change to conservation | DW | 22.06.2018

Many people see insects as annoying pests. But British biologist Dave Goulson cautions: A world without insects is a dull place without coffee and chocolate — and with dead animals and cow patties piling up. 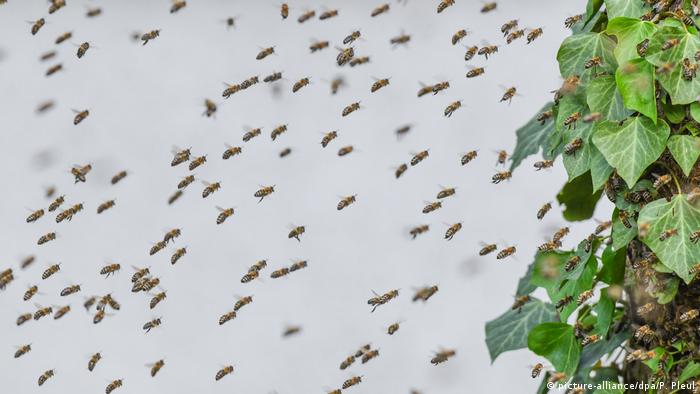 Deutsche Welle: How many insects are there in the world?

Dave Goulson: Insects are the dominant lifeform on the planet. We've named well over a million species of insects, and there could be 5 or 10 million. As for the number of individuals, it's safe to say that there are many more insects than anything else, excluding microorganisms like bacteria.

Why are insects disappearing?

Most people agree that it's a combination of factors, primarily associated with the way farming has changed in the last hundred years. We've moved to this kind of industrial farming system with very big fields with monocultures of crops that are treated with lots of pesticides. It's very difficult for most insects to survive in.

Why should we care about the insect die-off? 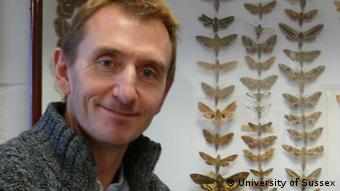 Dave Goulson researches insects, and gives them a voice

People should be jumping up and down and be concerned over this, because we cannot survive without insects. Pollination is probably the best-known example of what insects do for people. Sometimes it's bees, sometimes it's flies, beetles or whatever. Most of the fruits and vegetables we like to eat, and also things like coffee and chocolate, we wouldn't have without insects.

Insects also help to break down leaves, dead trees and dead bodies of animals. They help to recycle nutrients and make them available again. If it weren't for insects, cow pats and dead bodies would build up in the landscape.

Pollination is necessary for most wild flowers. So if we lose most of our insects, then we're going to lose our wild flowers, which means that anything else that likes to eat wild plants will disappear. Insects are at the heart of every kind of ecological process you can think of. Without them, we would live in a sterile, dull world where we eke out a boring existence of eating bread and porridge.

What about pests like mosquitoes? Do they also have an ecological purpose?

All insects are doing something. They are either food for something, or they pollinate something or whatever. But not every organism has to have a purpose. It may be the case that one or two insect species go extinct and it wouldn't have any noticeable effect on anything. The concern is that if we lose more and more of them, ecosystems will slowly unravel.

Researchers found that insects in a nature reserve in Germany declined more than 75 percent. But that hasn't necessarily affected us and our crops, right?

The biggest crops grown in Europe don't depend upon insect pollination; wheat, for example, is wind-pollinated. Other parts of the world are starting to see the impacts of the loss of pollinators: In parts of China, they now hand-pollinate their apple and pear trees because they don't have enough bees left to do it.

So you are saying, we haven't experienced the full impact of the insect die-off?

That's right. We've got a growing human population trying to grow more and more food, and we've got a rapidly declining population of pollinators. Those two things are going to crash into each other. It can't be more than 10 years away, and probably less would be my guess.

Why are particularly bee colonies in such bad shape?

Intensification of farming has resulted in a landscape with very few flowers, and when there are flowers, they're very likely contaminated with pesticides. That has made life pretty difficult for bees. Moreover, we've accidentally spread a whole bunch of bee diseases around the planet with moving domestic honeybees around. If you're a bee and you are sick and poisoned and hungry all at the same time, then it is not surprising you might die.

Will the ban on the open-air use of neonicotinoids in the European Union save the bees?

No. Some people wrongly believe that neonicotinoids are the main problem that bees face. Neonics do harm bees, and stopping using them is a wise and sensible thing to do. But we currently use about 500 different pesticides in Europe. Banning three of them, probably the worst three, is a good start — but there's still an awful long way to go. If you withdraw one pesticide, the farmer just wants to know which pesticide he can use instead. We really need to look at this whole system of farming and find a way to massively reduce pesticide use. 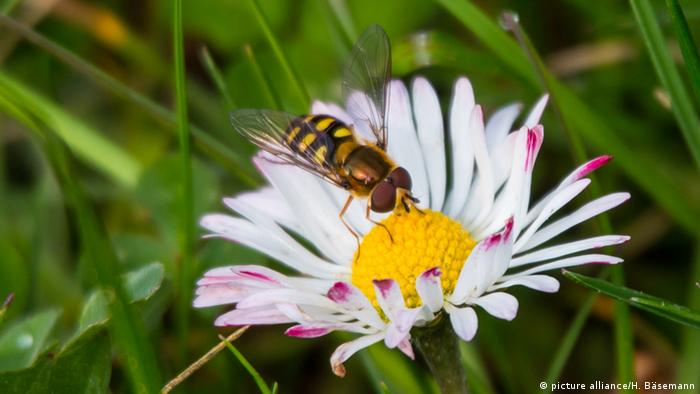 Bees are important pollinators, but also other insects like hoverflies do the dirty work

Which insects will suffer most from climate change?

Bumblebees are a classic example. They are big furry insects that are well adapted to cold climates, to cool wet temperate conditions, and they are really going to struggle as it gets warmer. There are predictions that many of our European bumblebees will disappear by the end of this century.

Will some species of insects also benefit from climate change?

Certainly some insects. The ones that can breed fast, that have big populations, that are adaptable. Those tend to be the ones that are pests, the ones that we don't want. Whereas butterflies, dragonflies and bumblebees breed much more slowly, they're less adaptable. So we do run the risk exterminating most of the beautiful and important insects that we love. And being left with lots of flies and cockroaches.

Dave Goulson is a professor of biology at the University of Sussex in the United Kingdom.

Sonya Angelica Diehn conducted the interview, which has been shortened and edited for clarity.

Paper cups are killing India's honeybees, two studies show. The important pollinators are attracted to the sugary residue left behind by beverages. Small changes could make a big difference in saving India's bees. (20.06.2018)

Bee populations have witnessed a steady decline over the past decade, according to the UN. German Chancellor Angela Merkel has called for people to "do something good for bees" as they face extinction. (20.05.2018)

Today’s industrial agriculture relies on insecticides. These chemicals cause massive damage to the environment. Worldwide, the most common insecticides are neonicotinoids.