Paper cups are killing India's honeybees, two studies show. The important pollinators are attracted to the sugary residue left behind by beverages. Small changes could make a big difference in saving India's bees. 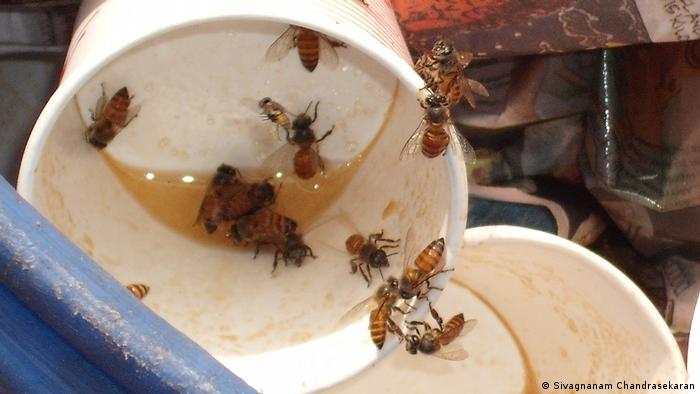 That might not strike the untrained eye as strange bee behavior.

But for Chandrasekaran, a professor of plant biology at Madurai Kamaraj University, it posed some questions: Why were the insects not off flitting from flower to flower instead? Was this an anomaly, or part of a bigger picture? And could this be yet another factor in the important pollinator's decline?

He couldn't find an answer in the existing literature. So the professor and his students set about researching bee foraging in six locations across the southern Indian state of Tamil Nadu to figure out what was going on.

They found that a considerable population of honeybees visiting these "cup flowers" never returned to their hives. The insects were drowning in the sugary residue of tea, coffee, juices and soft drinks that had attracted them as an alternative food source.

Over 30 days, they recorded an alarming 25,211 dead bees in cups at vendor stalls.

"Every cup had dead bees, varying from five to 50. This was found across locations where this study happened," said Chandrasekaran, leader author on the paper Disposed Paper Cups and Declining Bees. 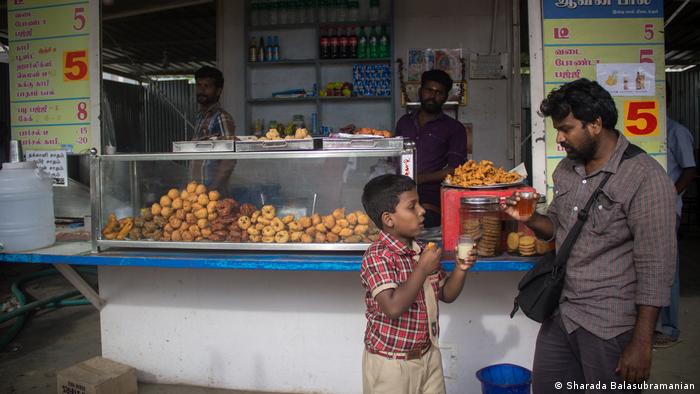 In India, in order to beat waste, some local administrations are encouraging vendors to offer glass and clay tea cups instead of plastic and paper

In his research, Chandrasekaran observed that bees will go for the "healthy" choice when presented with the option of flowers or processed sugars.

"After two to three stalls were set up in the same area, if 200 to 300 cups were dumped a day over two to three months, honeybees recognize that as a forage site," said the scientist. The researchers established that a critical mass of sugary cups dumped in an open trash can was a criterion for bee attraction.

A growing awareness of the environmental impact of plastic had prompted a switch to paper cups among vendors over the past few years. Ironically, says Chandrasekaran, this might actually be contributing to bee deaths.

Read: With bees on the brink, World Bee Day seeks to raise awareness 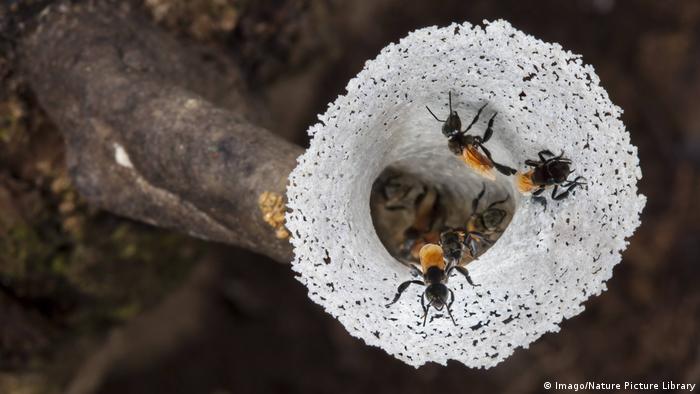 Dammer bees are also victims of paper teacups, according to a second study

The scientist did not observe any bee mortality in plastic cups during his study. "In paper cups, there is porous substance where sugar stays. This is not present in plastic," said Chandrasekaran. In plastic, the sugary residue hardens instead, he added — although there are no further studies examining the issue.

Following this study, Sambandam Sandilyan of the Indian government's National Biodiversity Authority delved into the impact of paper cups on the stingless dammar bee.  Forest dwellers in the country's Nilgiri Biosphere reserve rely on the insect's honey and wax to make a living.

In one case, Sandilyan observed more than 800 such bees died in a single trash can filled with disposable cups over the course of eight hours.

"If in one tea stall so many bees die, imagine the number of bees we are losing across India. It is alarming. This is a slow cause of death for bees," said the researcher.

Beyond direct benefits of honey and wax, the deaths are cause for concern because wild and domestic honeybees are responsible for about 80 percent of pollination globally. This includes for 70 of the top 100 food crops, which provide about 90 percent of the world's nutrition.

"We need to engage in a longer study because if the bee population falls, it will affect forest and agriculture productivity, and pollination in the long run," said Sandilyan, who alongside Chandrasekaran has published one of the only two studies on the impact of cups on bees.

Still, if the trend continues, worker bees in entire colonies could be "wiped out," believes Sandilyan.

This dovetails with the worldwide trend of "colony collapse disorder (CCD)," where the majority of worker bees in a colony disappear, leaving behind the queen and a few nurse bees.

"Here, we find that there may be other related causes of concern for bees in human-dominated locations," said Viswanathan. 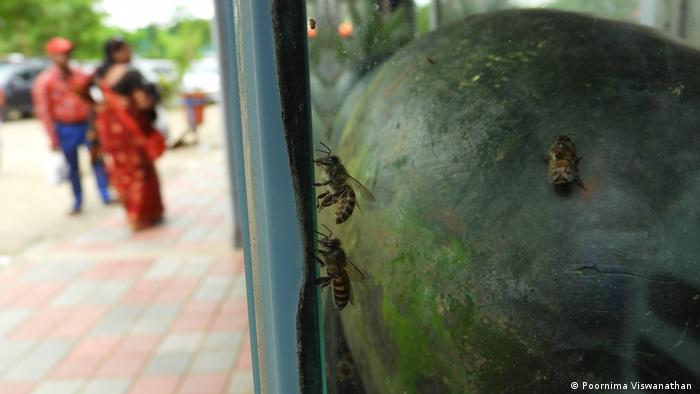 "If only we take simple measures to allow the bees to lead normal lives with normal bee behaviors, it will be a win-win scenario for both the ecosystem and us."

Using airtight trash cans that bees cannot access could be a specific measure, says Sandilyan. Beyond this, educating and encouraging people to get their refreshments in reusable cups could be an option.

Many people, like Maruvar Kuzhali — a consultant at an Indian company — say they are unaware of the issue. "Now that I know, I will not use paper cups, unless it is an unavoidable situation," said Kuzhali, who frequents roadside tea stands.

Some local administrations have banned the paper variety and are encouraging the use of glass, steel or clay vessels to avoid waste, which will also have benefits for bees.

Still, Chandrasekaran is against a blanket ban on paper cups. A simple cosmetic change could help: Bees have no photoreceptor for red and cannot see the color clearly. It's something he's currently researching.

"If you notice, bright red colours are frequented by birds, and not bees," said the botanist.

So something as simple as red paper cups could help save Tamil Nadu's honeybees.

Gallery: In South Africa, bees have a very special job